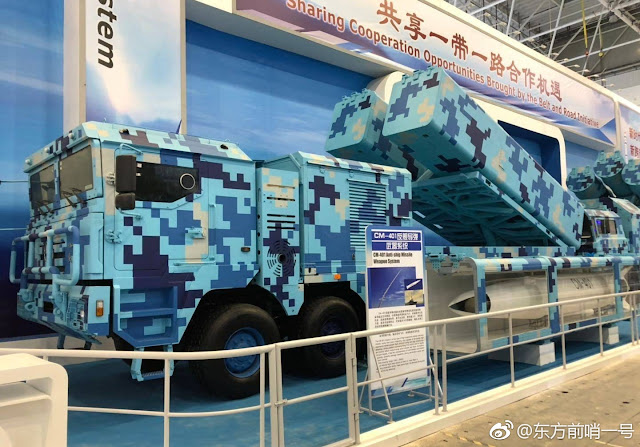 China is promoting an ultrafast anti-ship ballistic missile, said to be the first of its kind in the international market, to buyers seeking a reliable and affordable deterrence against threats from the sea.
China Aerospace Science and Industry Corp, the nation's largest maker of missiles, has brought the CM-401 supersonic anti-ship ballistic missile to market, saying it is capable of making rapid, precision strikes against medium-sized or large vessels, or against land targets.
It said the weapon uses a "near-space trajectory", which means it flies between 20 and 100 kilometers above the earth, and that it maneuvers at hypersonic speeds throughout its flight.
The missile will ascend to a certain altitude until its target is acquired. It will then enter an ultrafast terminal dive toward the target, according to CASIC.
The company said the CM-401 features strong destructive power, good penetration capability and a mix of trajectories. It added that the missile can be mounted on various platforms, such as ships or land-based launch vehicles.
According to the CASIC, the missile flies at an average speed of 1,360 meters per second - 4,900 kilometers per hour - or four times the speed of sound, during most parts of the flight, and reaches a maximum velocity of more than 2,000 m/s, six times the speed of sound as it approaches the target. It can carry a 290-kilogram warhead and has a maximum strike range of 290 km and a hit rate of 90 percent, meaning there will be nine effective hits on target out of 10 shots.
The State-owned defense conglomerate made the missile system public at the 12th China International Aviation and Aerospace Exhibition that was held recently in Zhuhai, Guangdong province.
Meanwhile, the China Academy of Launch Vehicle Technology, the country's major rocket maker, recently offered its M20B anti-ship ballistic missile to the international market.
The road-mobile M20B also features supersonic speed and a maneuverable trajectory. Carrying a 480-kg warhead, the missile can hit a ship 120 km to 280 km away. It is suitable for rapid, precision attacks on frigates and destroyers, the academy said.
Before the CM-401 and M20B, all anti-ship missiles available in the international market were sea-skimming models such as China's C-802 and CM-302 and the United States' Harpoon.
China is the only country that currently fields anti-ship ballistic missiles. Its DF-21D and DF-26 are called "trump cards" in naval warfare by the Chinese military, but are not allowed for export because of a strike range said to be more than 1,000 km - far exceeding the restrictions on the export of missiles set by the Chinese government.
Wu Peixin, a defense industry observer in Beijing, said that ultrafast anti-ship ballistic missiles like the CM-401 can potentially become a game changer in modern naval operations because it is very difficult for existing air-defense radars and weapons on ships to intercept such missiles due to their unique trajectories and hypersonic speeds. Therefore users will be able to effectively deter an enemy's vessels, especially aircraft carriers, from approaching their coast, Wu said.
Source: www.chinadaily.com.cn 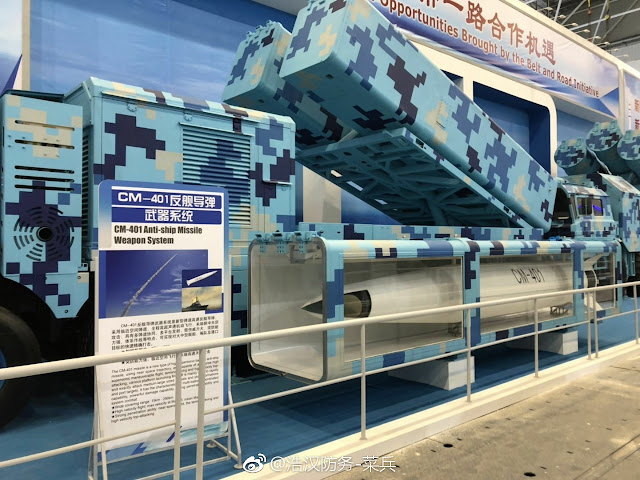 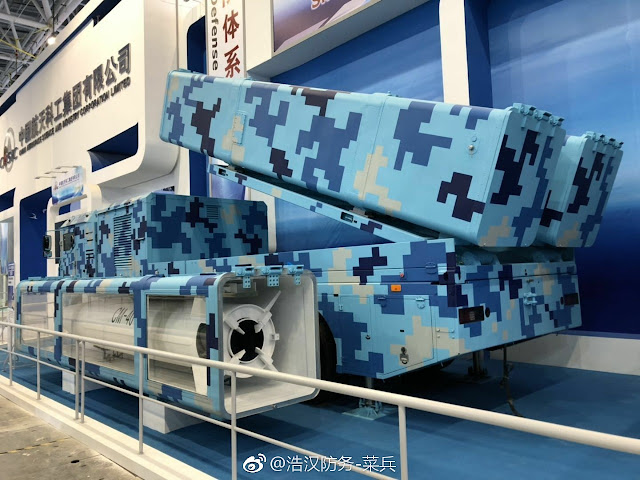 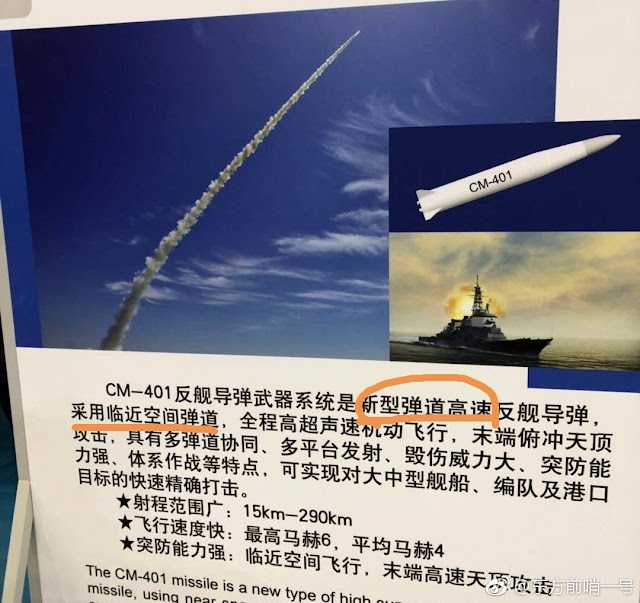 
The CM-401 is a new type of hypersonic anti-ship missile developed by China Aerospace Science and Industry Corporation Limited (CASIC) and capable of flying at very high altitudes near space while diving at high speeds when attacking a medium or large sized surface ship. The Mach 6 CM-401 anti-ship ballistic missile features high maneuverability to avoid air defense interception and a maximum range of 290 kilometers. The Chinese Armed Forces variant may feature a maximum range of up to 1,000 kilometers. The missile is fired by a mobile 8x8 land platform carrying up to two canister sealed missiles. The CM-401 anti-ship missile system was unveiled in November 2018 at Zhuhai China Airshow and is intended to protect the Chinese artificial islands at the South China Sea. 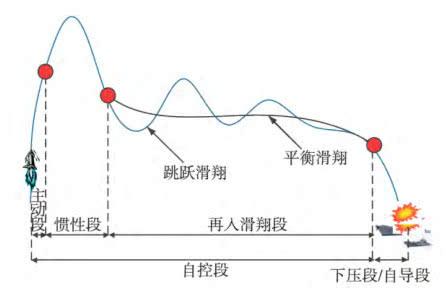 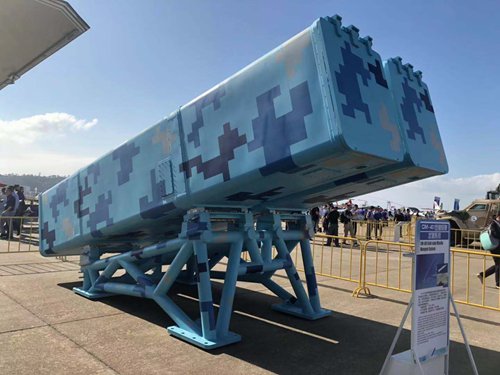 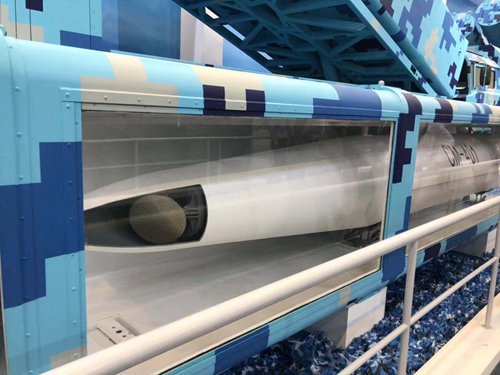