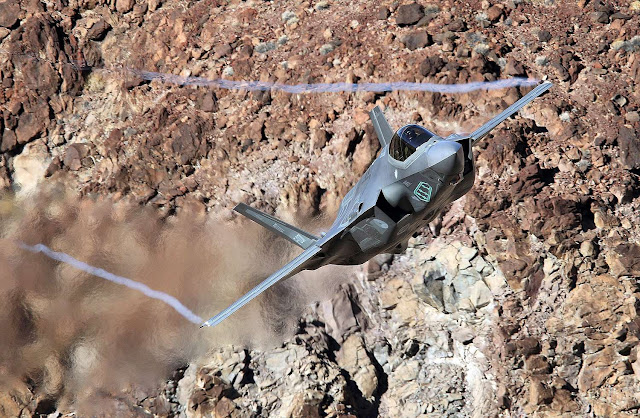 The Netherlands pledged Friday to boost its defence spending in the coming year to buy more F-35 fighter jets and strengthen its special forces and cyber capabilities, officials said.
"Extra investment in defence is a necessity because our surrounding safety zone has become a more instable place," the Defence Ministry said.
"There are more threats to contend with and threats have become more complex," it added in a statement, issued after a weekly cabinet meeting in The Hague.
This included looking at purchasing 15 more advanced F-35A fighter jets made by US manufacturer Lockheed Martin, Defence Minister Ank Bijleveld told the ANP news agency.
The Dutch have already purchased 37 of the pricey stealth fighters, which are expected to become operational next year.
The number is enough for two squadrons, but NATO has insisted on a third, the ANP added.
The F-35A comes with a current price tag of $89.2 million (78.9 million euros), according to Lockheed Martin.
Both US President Donald Trump and NATO chief Jens Stoltenberg have called on allies in the defence bloc to up their defence spending and member states in 2014 agreed to aim to spend two percent of GDP on their militaries.
"This plan shows that cabinet is serious about the current threats. The Netherlands must take steps to show it will remain a reliable partner," Bijleveld added.
The plan also consists of improving "land and sea-based firepower" and beefing up special forces and cyber warfare capabilities.
Details of the plan and budget will be released in the spring of 2019, the Defence Ministry said.
jhe/har
© 2018 AFP