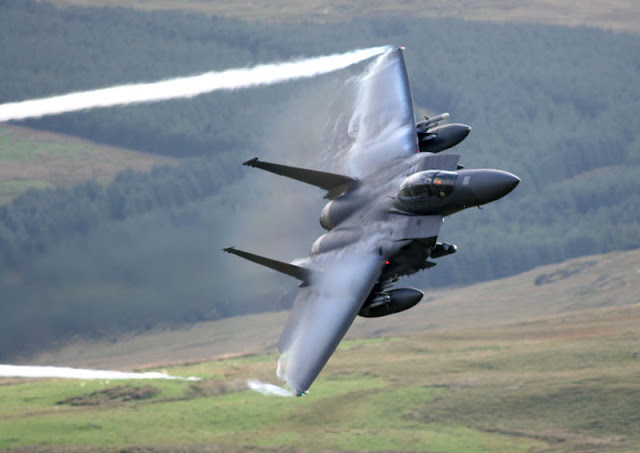 The United States on Wednesday began notifying lawmakers that it has approved $7 billion in long-stalled sales of Boeing fighter jets to Kuwait and Qatar, and more than $1 billion in Lockheed Martin jets to Bahrain, sources familiar with the decision said.
The sales had been pending for more than two years amid concerns raised by Israel, Washington's closest Middle East ally, that arms sold to Gulf Arab states could be used against it, and criticism of Qatar for alleged ties to armed Islamist groups.
US officials began notifying lawmakers informally about the sale of 36 Boeing F-15 fighter jets to Qatar valued at around $4 billion, and 28 F/A- 18E/F Super Hornets, plus options for 12 more, to Kuwait for around $3 billion, the sources said.
They also told lawmakers about plans to sell 17 Lockheed F-16 fighter jets to Bahrain, plus upgrades of up to 20 additional aircraft.
The deals will be formally announced once the 40-day informal notification process has ended. Then lawmakers will have 30 days to block the sales, although such action is rare.
Reuters reported earlier this month that the US government was poised to approve the long-delayed sales to Kuwait and Qatar.
The State Department said it could not comment on any ongoing government-to-government arms sales.
Delays in the process had caused frustration among US defense officials and industry executives, who warned that Washington’s foot-dragging could cost them billions of dollars of business if buyers grew impatient and sought other suppliers.
The approval of the fighter jet sales comes as the White House tries to bolster relations with Gulf Arab allies who want to upgrade their military capabilities. They fear the United States is drawing closer to Iran, their arch-rival, after Tehran's nuclear deal with world powers last year.
Sources said officials at both the State Department and Pentagon had largely agreed to the deals some time ago, but had been awaiting final approval from the White House.
Qatar, home to the largest US air base in the Middle East, and Kuwait have ramped up military spending after uprisings across the Arab world and amid rising tensions between Sunni Muslim Gulf Arab states and Iran, the region's Shi'ite power.
Both Qatar and Kuwait are part of a 34-nation alliance announced by Saudi Arabia in December aimed at countering Islamic State and al Qaeda militants in Iraq, Syria, Libya, Egypt and Afghanistan.
The sales will boost fighter production for both companies.
Boeing's F-15 line is set to close in 2019 after Boeing completes work on a large order for Saudi Arabia, unless a follow-on order is approved.
As orders slow, Boeing is increasingly relying on technology upgrades and services sales to maintain its revenue stream from fighter jets, Shelley Lavender, president of Boeing's military aircraft division, said in an interview.
The company is adding new technology to the F-15 and F/A-18 and other aircraft, and is refurbishing them on the same assembly lines use to build new aircraft, she said.
When the current fighter jet lines end, that loss of revenue will be offset by upgrade efforts. "We're blurring the traditional lines of new aircraft builds and sustainment," Lavender said.
Boeing's broad portfolio from commercial derivatives rotocraft, autonomous vehicles, fighters and weapons "will allow us to remain healthy for the decades to come," she said.
Byron Callan with Capital Alpha Partner said he expected all three sales to be approved. 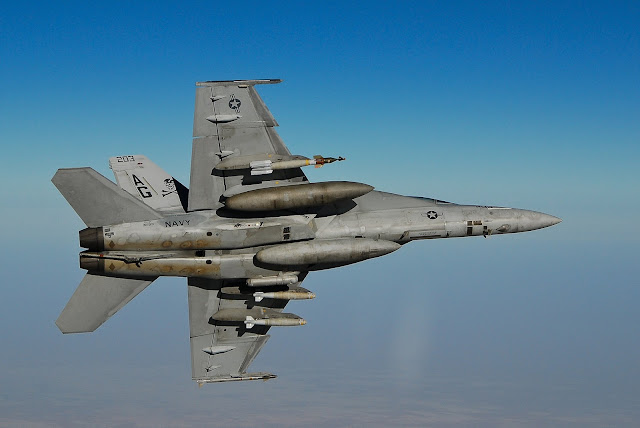 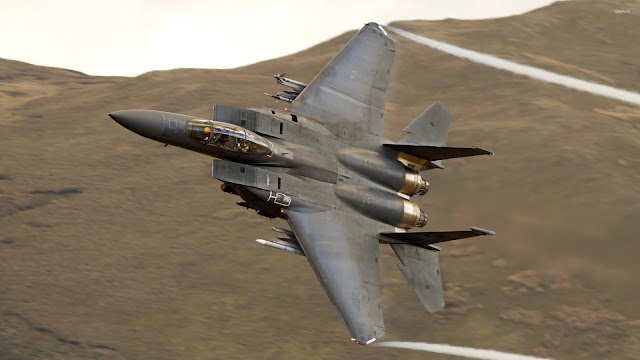 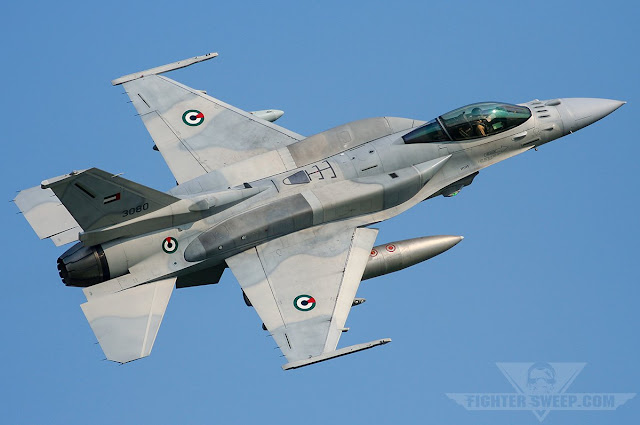 Slovakia may buy, not lease, Saab's Gripen jets, may pick other make 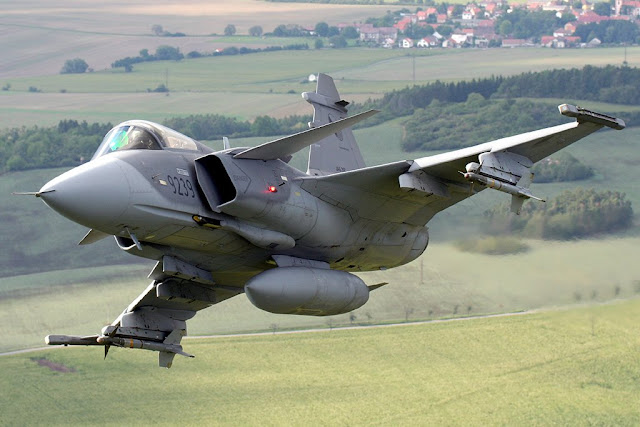 Wed Sep 28, 2016 | 8:41am EDT
Slovakia might buy, rather than lease, a fleet of Gripen fighter jets from Sweden's Saab or might choose a different supplier, Defense Minister Peter Gajdos said on Wednesday.
The four-party government led by Prime Minister Robert Fico, re-elected for a second consecutive term in March, had been in talks with Saab on the lease of Gripens to replace Slovakia's outdated Russian Mig-29 fighter jets.
"The government extended my mandate to negotiate on the lease or purchase ... and also untied my hands to negotiate with other states in order to best use our resources in terms of price and securing Slovakia's defense," Gajdos said.
Saab was still Slovakia's first choice, he said.
Slovakia plans to sign a "Joint Sky" deal this year with the Czech Republic, which has a fleet of leased Saab Gripens, he said. The deal would enable the two countries, both NATO members, to share the cost of maintenance and pilot training.
(Reporting by Tatiana Jancarikova; Editing by Louise Ireland)
Original post: reuters
Related post:
Slovakia MoD RejectsOffer from Swedes for Saab Gripen Lease
Botswana to purchaseeight Gripen C/D fighters 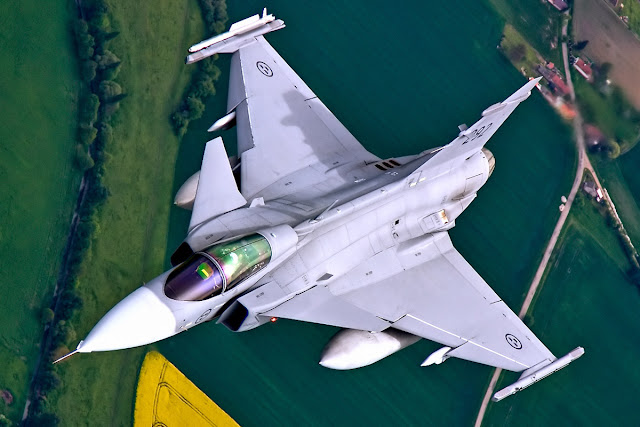 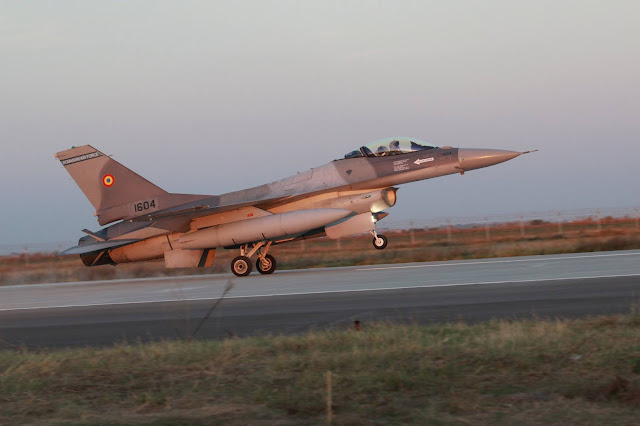 Published time: 28 Sep, 2016 15:43
The first six of 12 F-16 fighter planes bought by the Romanian Air Force from the Portuguese government were handed over on Wednesday in a ceremony headed by the defense ministers of both nations.
Romania’s military air fleet had been comprised of fewer than 50 refurbished MiG 21 Soviet fighter jets and other outdated fighting planes. The purchase of the used Portuguese aircraft is part of Romania’s push for military modernization. Offers for a series of new planes, including JAS-39 Gripens and Eurofighter Typhoons, were reportedly made, but the deals were not finalized.
“The first six F-16 Fighting Falcons that bear the tricolor roundel of the Romanian Air Force will be officially taken over from Portugal tomorrow,” Romanian National Defense Minister Mihnea Motoc wrote on Facebook.

“Although I hesitate to use big words when I speak of acquisitions, be them major, I must say that tomorrow will be a truly historical day for Romania and its army.”

The Portuguese-Romanian deal was originally closed in 2013 for nearly €200 million (US$225 million), including the cost of the aircraft and training and logistical support. The 12 machines agreed upon were nine single-seater and three dual-seater F-16 jets, made by the US company General Dynamics, now part of defense giant Lockheed Martin.
Romania is believed to have spent €32 million alone on an airfield for the new planes.
Portuguese Air Force staff have been training an estimated 84 Romanian Air Force pilots, technicians and mechanics on how to use the planes. A Portuguese team will also be supporting the Romanian Air Force on the ground for the next two years.
Romanian F16's training over Portugal 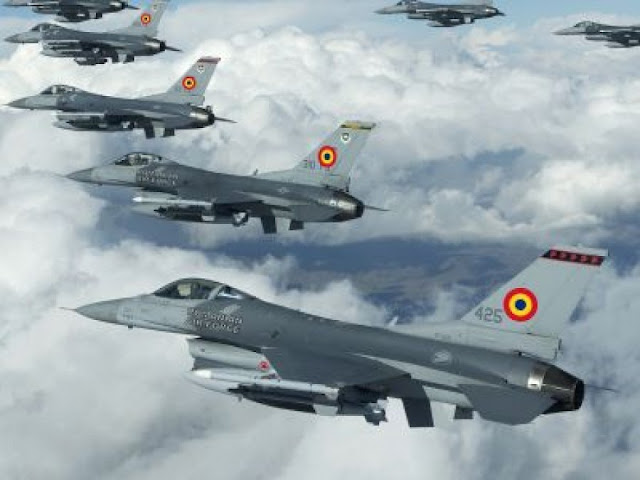 Lockheed Martin’s director Randall Howard told Romanian newspaper Ziarul Financiar in May that the country had the capacity to buy an extra 24 or 36 F-16 planes.

"Lockheed Martin is ready to support Romanian military developments, including the possible acquisition of further F-16 aircrafts and their upgrade to the latest model called F-16V" said Randall Howard.

Present at Wednesday’s official handover ceremonies were Portuguese Prime Minister António Costa, as well as Motoc and his Portuguese counterpart, Azeredo Lopes.
The six remaining planes will be delivered in two phases – three before the year’s end and the remaining three, which are still undergoing upgrades, in September 2017.
Lisbon is now considering Romania’s offer to purchase a further 12 planes from the Portuguese air fleet. “Romania has made a request for the supply of another 12 planes, of which the project’s liability is now being analyzed and would always have to draw in the three parties – Portugal, USA and Romania,” the Portuguese Defense Ministry said. 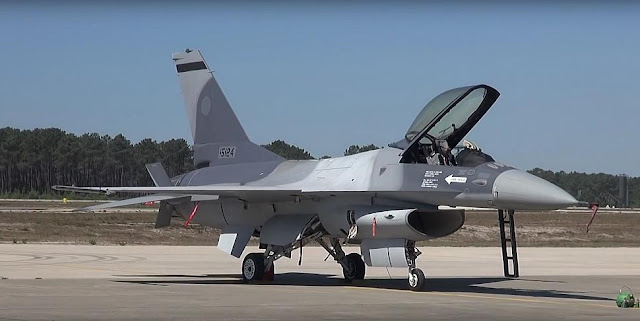 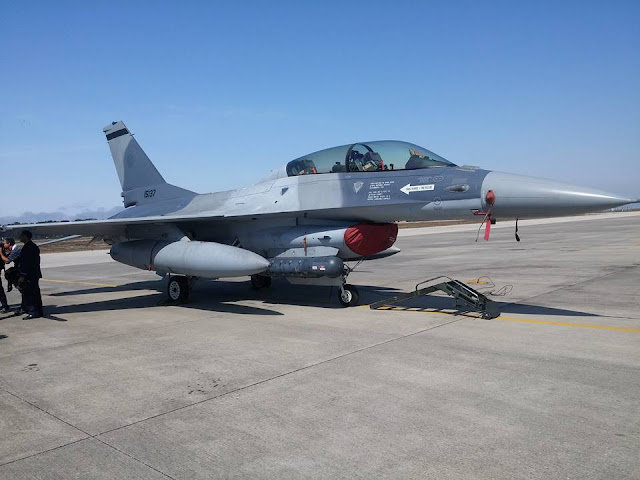 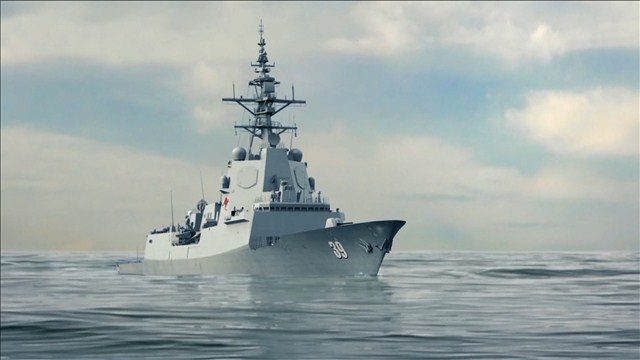 The first-of-class air warfare destroyer for the Royal Australian Navy has completed the initial phase of builder trials.

By Richard Tomkins   |   Sept. 26, 2016 at 2:18 PM
ADELAIDE, Australia, Sept. 26 (UPI) -- The Australian navy's future air warfare destroyer has successfully completed initial builder sea trials to test its hull, propulsion and navigation systems.
The testing of the Hobart took place over several days off the south coast of Australia and was conducted by the AWD Alliance, consisting of shipbuilder ASC, combat systems integrator Raytheon Australia and the government's Capability Acquisition and Sustainment Group.
"The completion of Hobart's Builder Sea Trials is a significant step towards delivery of the first AWD to Defense and the most capable warships ever operated by the Royal Australian Navy," said AWD Alliance Program Manager, Commodore Craig Bourke.
"The AWD Alliance team of shipbuilders and systems integrators can take great pride in attaining this major milestone of sending our first AWD to sea and successfully completing its platform trials."
The Hobart is scheduled for a second phase of more advanced trials early next year, when its combat and communications systems will be tested.
Delivery of the vessel to the Royal Australian Navy is scheduled for June.
The AWD program is for three ships to replace Adelaide-class frigates.
The AWD Alliance said the second Hobart-class ship, the Brisbane, will be launched in December, while hull consolidation of the third destroyer, Sydney, will occur in August of 2017.
Original post: upi
Related post:
LockheedMartin begins testing of Aegis combat system on firstHobart-class destroyer 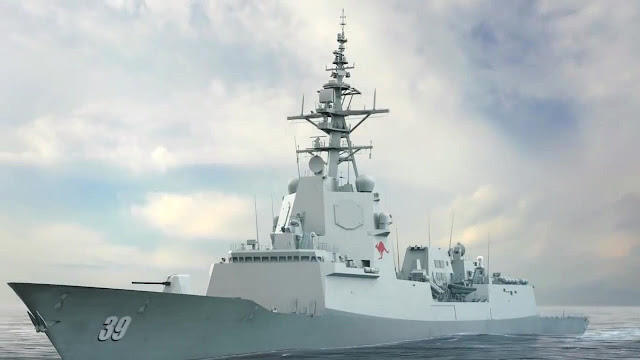 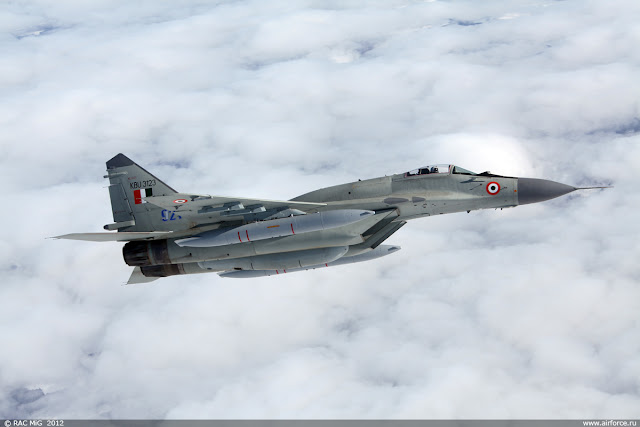 MOSCOW (Sputnik) — The RD-33MK turbojet engine is a modernized modification of the basic RD-33 engine installed on all versions of famous MiG-29 fighter jet. The engine has high thrust-to-weight ratio, low specific fuel consumption and is equipped with modern digital electronic management and control system.

"Chernyshev Moscow Machine-Building Enterprise [part of UEC] has manufactured and delivered over 100 RD-33MK turbojet engines for the Indian Navy. The deliveries were carried out within the earlier agreed contract between the Russian Aircraft Corporation MiG and the Indian Defense Ministry," the press release said. UEC is a subsidiary company of the United Industrial Corporation, producing various engines including those for military and civil aviation. 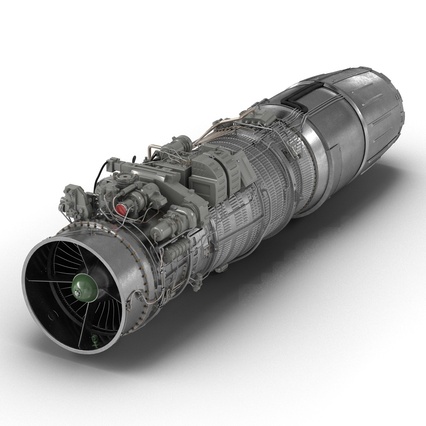 The RD-33MK "Morskaya Osa" (Russian: Морская Оса: "Sea Wasp") is the latest model developed in 2001. It is intended to power the MiG-29K and MiG-29KUB shipborne fighters, however it has also been adopted for the MiG-35. The RD-33MK develops 7% higher thrust, is digitally controlled FADEC and smokeless unlike earlier RD-33 engines, has increased afterburner thrust to 9,000 kilograms-force (88,000 N; 20,000 lbf) and dry weight 1,145 kilograms (2,524 lb) compared to the baseline model through modern materials used on the cooled blades, although it retains the same length and maximum diameter. Incorporated is an infrared and optical signature visibility reduction systems. Service life has been increased to 4,000 hours. The RD-33MK ensures shipborne fighters unassisted take-off capability, retain performance in hot climate environment and, naturally, a boost in combat efficiency for MiG-29 fighter latest variant. 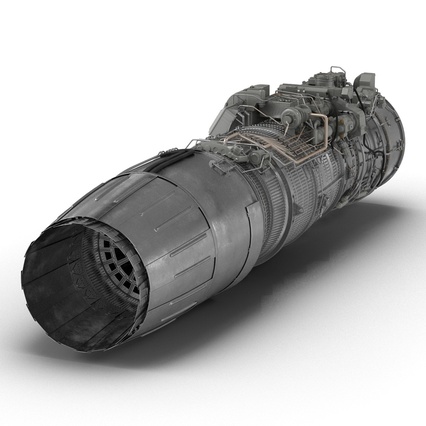 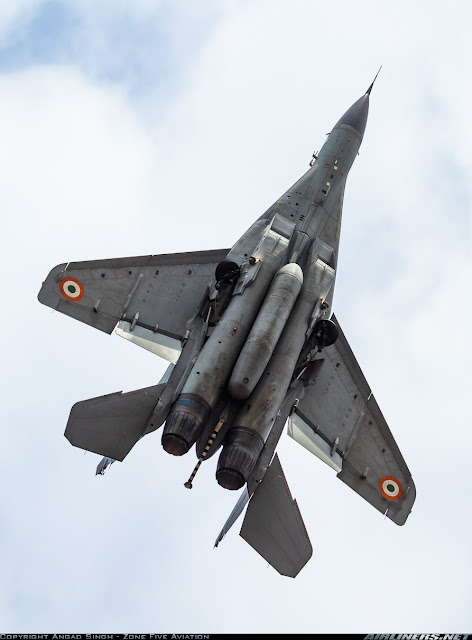 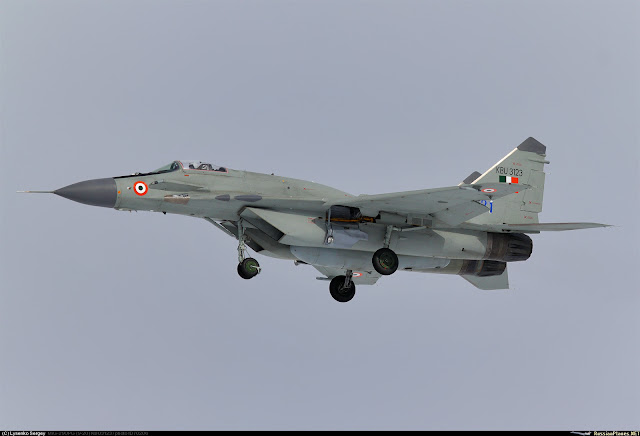