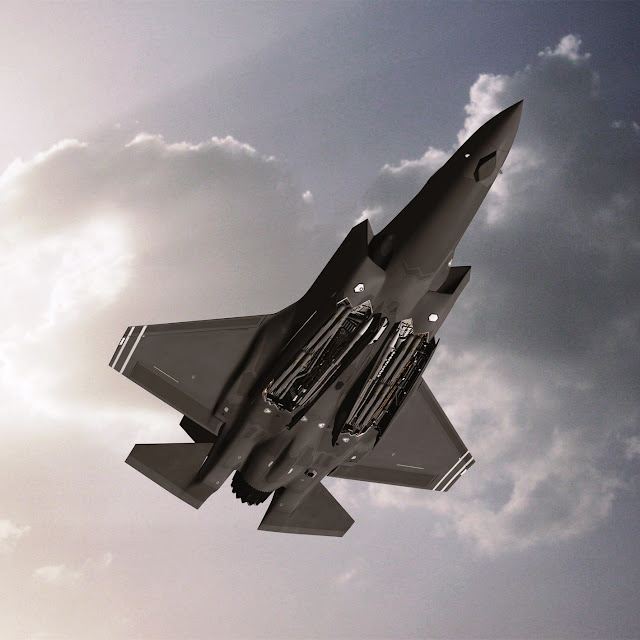 In a recent interview with Business Insider, Justin Bronk, a research fellow specializing in combat airpower at the Royal United Services Institute, dropped a bombshell about the US’s $1 trillion F-35 program:
“The F-35 cannot out dogfight a Typhoon (or a Su-35), never in a million years.”
In earlier stages of the F-35’s development, some bad reports came out claiming it lost in simulated dogfights to the F-16, a legacy platform the F-35 intends to replace.
Lately, the news coming out about the F-35’s dogfighting ability has taken a visible turn to the positive, but dogfighting was never the main purpose or strong suit of the Joint Strike Fighter.
For that reason, older fighters, like the Eurofighter Typhoon or the Sukhoi Su-35, could likely outmaneuver and kill an F-35 in a close range confrontation.
While every credible report indicates that the F-35 will dominate in stealthiness, situational awareness, and beyond visual range confrontations, dogfights, or up close fights with opposing fighter pilots jockeying for position and a clean shot, depend on a different set of characteristics.
Thrust-to-weight ratio and wing loading, or the loaded weight of the aircraft divided by the area of the wings, comprise some of the chiefly important factors in dogfighting.
“Typhoon and Su-35 both have positive thrust-to-weight ratios at combat loadings, meaning that they can accelerate vertically and generally both maintain and regain energy in a turn much more successfully than the F-35 (particularly the heavier B and C models),” explained Bronk.
The F-35 does have a positive thrust-to-weight ratio, but when loaded up with fuel and ordinance for combat, it’s unclear if that will remain.
Ultimately, having small wings and a design more geared toward stealth than kinematics hurts the F-35’s dogfighting prospects.
“A low wing loading means that Typhoon and Su-35 can sustain much tighter turns than the F-35 whilst also creating less induced drag and losing less energy,” said Bronk.
In the case of the Russian Su-35, an adversary infinitely more likely to face the F-35 than the Typhoon, the F-35 overcoming the Su-35’s supermanoeuvrability while dogfighting seems an insurmountable task.
“Su-35 also has thrust-vectoring engines, meaning that it can maintain control and continue to point its nose where the pilot wants even after the wings have stalled (called supermaneuverability) which is a potentially large advantage within visual range and at low speeds.”
Not only does stealth limit the F-35’s mobility, it also limits its capacity for ordinance.
“Typhoon and Su-35 also carry larger missile loadouts than F-35 in normal combat configurations meaning that at close range they have twice as many infra-red seeking missiles to fire at their opponents,” Bronk said.
As Business Insider previously explored, infra-red tracking is key to finding and fighting advanced stealth aircraft like the F-35.
But none of this would be news to the US Air Force, who have intentionally sacrificed dogfighting abilities for stealth and situational awareness. The whole point of the F-35 is to see enemy jets from far beyond visual range and engage them with advanced missiles.
According to Bronk, neither an Su-35 or a Typhoon would see the F-35 until it is very close, at which point the legacy jets are completely at the mercy of the more advanced fifth-gens who can “avoid them, engage them, or position themselves for an engagement entirely on their terms.”
So while an F-35 most likely cannot win a dogfight against a Typhoon or an Su-35, it’s game-changing capabilities at long range all but guarantee it will never have to.
Original post: businessinsider