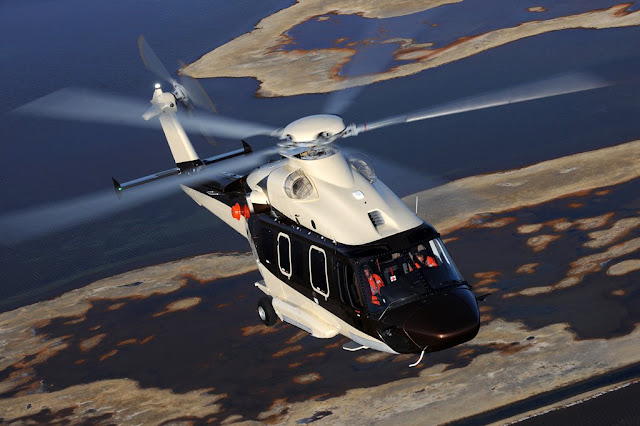 18 JULY, 2016  BY: DOMINIC PERRY  LONDON
Airbus Helicopters has delivered the first VIP variant of its super-medium-class H175, but speculation surrounds the identity of the owner.
The manufacturer declines to reveal the name of the operator, going so far as to remove the tail number from photographs. However, Flight Fleets Analyzer lists the registration as G-DLBR and the operator as Klaret Sky Leasing, a company registered in Malta.
It also features a livery that bears a striking similarity to that on an Isle of Man-registered Airbus ACJ340-300 (M-IABU), which is owned by Cayman Islands-based Klaret Aviation. Nicknamed “Bourkhan”, it is used by Russian oligarch Alisher Usmanov.
Airbus Helicopters says the customer of the H175 will “operate it in Europe as a complement to [a] yacht”.
This further points to Usmanov as the likely recipient, with the billionaire having recently taken delivery of a super yacht that features twin helipads. 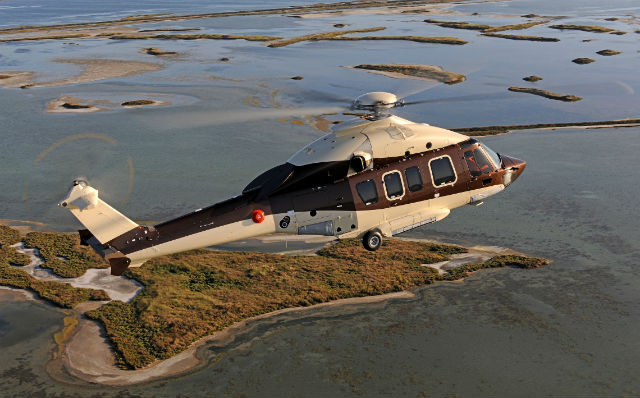 The manufacturer says the H175 features a seven-passenger layout designed by business aircraft and yacht specialist Pegasus Design.
Divided into two zones, the forward part of the cabin is configured with club seating and a galley area, while the aft section accommodates three passengers in sofa-style seating.
Operational in the oil and gas segment since 2014, the Pratt & Whitney Canada PT6-powered H175 has struggled to expand its operator base far beyond Belgian launch customer Noordzee Helikopters Vlaanderen.
A second VIP-roled example will be delivered later this year, says Airbus Helicopters, with the first in a search and rescue configuration – for Hong Kong’s Government Flying Service – to be delivered in late 2017.
https://www.flightglobal.com/news/articles/russian-billionaire-linked-to-first-h175-vip-variant-427563/ 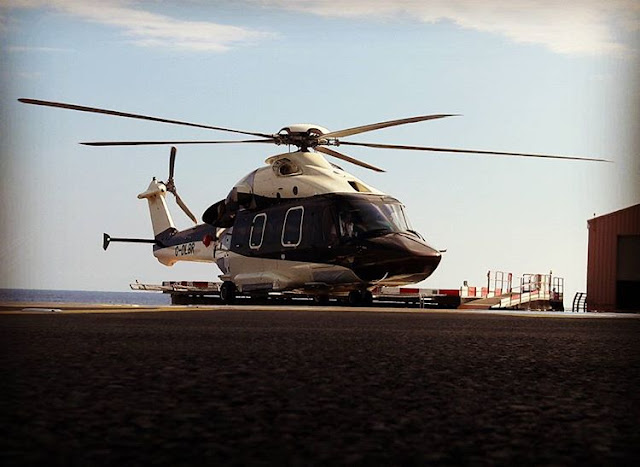 Marignane, 12 July 2016 - Airbus Helicopters has delivered the first VIP version of the H175, the company’s new medium class twin-engine helicopter, which entered service in 2014 for offshoretransportation. Combining unparalleled elements of style and comfort with the largest cabin in its class, the VIP version of the H175 offers a superior level of cabin interior provided by Pegasus Design, who has built a worldwide reputation on business jets and super yachts.

Delivered to an undisclosed customer who will operate it in Europe as a complement to the yacht, the H175 offers a totally personalized VVIP cabin comfortably accommodating seven passengers.
The aircraft features a unique cabin layout with two distinct seating areas: a forward zone that provides a lounge atmosphere with facing club seating for four passengers and a galley, as well as sofa-style seating that comfortably accommodates three passengers at the rear. 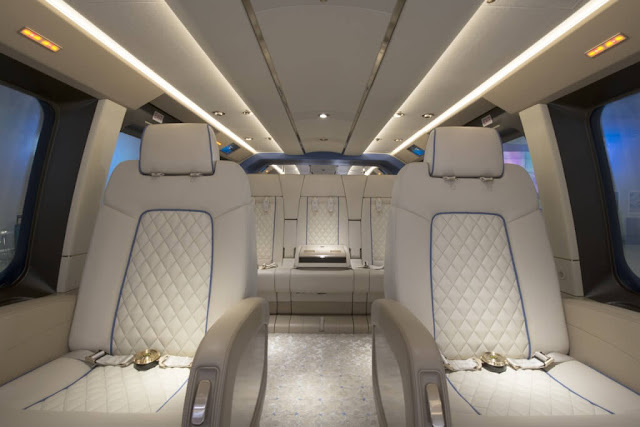 In addition to the exclusive cabin and the refinement of materials, the VIP version of the H175 offers some distinctive elements. These include: a hinged door– which optimizes space inside the cabin – a three steps electrical footstep for ease of access, electronically dimmable windows and mood lighting. Passengers will also enjoy in-flight connectivity with satcom, in-flight entertainment system with LCD screens, moving map and images provided by the tail fin and tail skid cameras – all controllable through dedicated touchscreens or personal devices. Also contributing to the jet-like flight experience is the effective soundproof cabin which allows passengers to communicate without headsets.
The H175 is available in a VIP version, seating six to eight passengers, and an executive version, seating nine to twelve. All versions provide a jet-like smooth ride at all speeds and a climate-controlled cabin – even when the main rotor is stopped. Featuring more window area than walls, the rotorcraft ensures panoramic views for all passengers. It completes the upper end of Airbus Helicopters’ product line for the business and private aviation sector.
http://www.airbusgroup.com/int/en/news-media/press-releases/Airbus-Group/Financial_Communication/2016/07/Airbus-Helicopters-delivers-the-first-H175-in-VIP-version.html 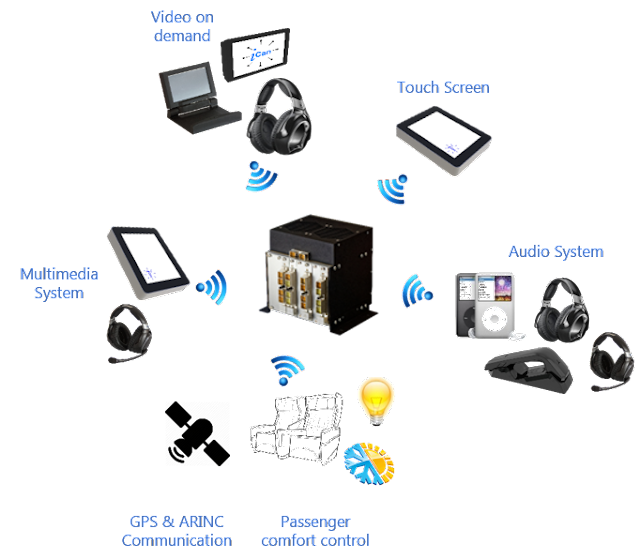 OXYTRONIC IFE (IN-FLIGHT ENTERTAINMENT) AND CMS (CABIN MANAGEMENT SYSTEM) SYSTEM HAS BEEN CERTIFIED IN JUNE 2016 ON AIRBUS HELICOPTERS H175 VIP MODEL.
THANKS TO OXYTRONIC EXPERTISE AND EXPERIENCE, THE INTEGRATION OF OUR ICAN V2 SYSTEM ON H175 VIP MODEL ATTESTS THE TWO COMPANIES CLOSECOLLABORATION AND DEMONSTRATES AIRBUS HELICOPTERS WILLINGNESS TO POSITION ITSELF WITH A HIGH-CLASS AND MODULAR EMBEDDED EQUIPMENT.
OXYTRONIC IS PROUD TO HAVE ACHIEVED THIS FULFILMENT FOR THIS NEW GENERATION HELICOPTER AND WE ARE LOOKING FORWARD TO CONTINUE ON THE SAME PATH.
Source 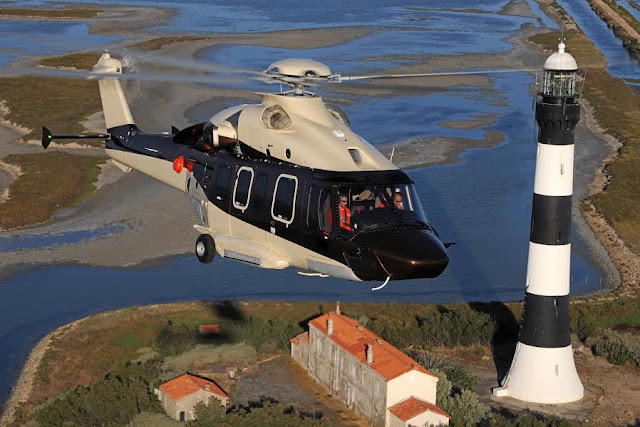 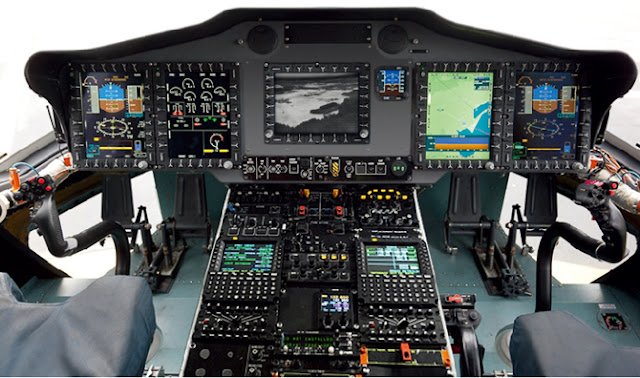 
The H175 is currently certified for single-pilot VFR operations; De Bray said Airbus is investigating single-pilot IFR approval, but it “is not a priority” as most OGP and SAR operators fly with two pilots. The Helionix system features redundant flight computers, a four-axis autopilot and an easy-to-use auto hover that automatically corrects for wind. Other noticeable features automatically keep the helicopter stable in challenging situations such as brown-out or inadvertent IMC encounters. Toggling two beeps on the cyclic activates the “recovery mode” that restores the latest heading, speed and altitude; and automatic hover can kick in at 150 feet. 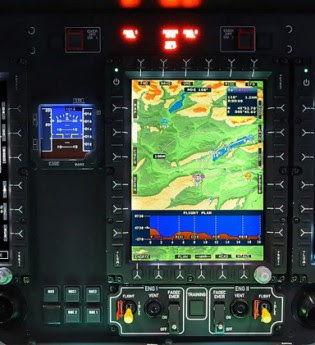 Image
Helionix® is a fully integrated system that cuts the amount of required equipment in half, meaning easier maintenance and a significant weight reduction.
With the situational awareness system in the middle of the instrument panel, the pilot can quickly see a digital display of the helicopter’s terrestrial (obstacles, terrain) and aerial (presence of other aircraft) environments. To prevent dangerous situations, the HTAWS (Helicopter Terrain Awareness System) warns the crew well in advance of any land-based obstacles in the vicinity of the current flight path.

The new avionics system includes a centralized maintenance function that monitors the status of all the helicopter’s sub-systems. Troubleshooting can quickly be performed via a ground-based diagnostics tool, and maintenance activities are fully optimized.
The cutting-edge Human-Machine Interface (HMI) displays all flight parameters and flight management data on a single screen. The Part Time Display is a new concept. A summarized version of the flight parameters can be displayed to help the pilot quickly analyze and assess the situation in order to remain fully concentrated on the mission. Source @airbushelicopters.com
All the switchology and controls in the comfortable cockpit are located along the panel and pedestal and can be equally accessed from either pilot position. The instrument panel has lots of extra space for add-ons such as a landscape format multifunction display that could be used to display infrared imagery on SAR-equipped aircraft. Source @ainonline.com
http://www.ainonline.com/aviation-news/business-aviation/2015-05-25/soft-launch-airbus-h175 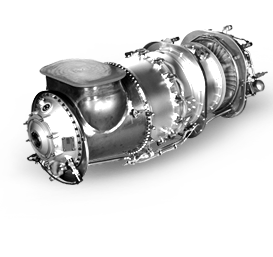