Dozens more F-16 fighter jets could be coming to Tucson 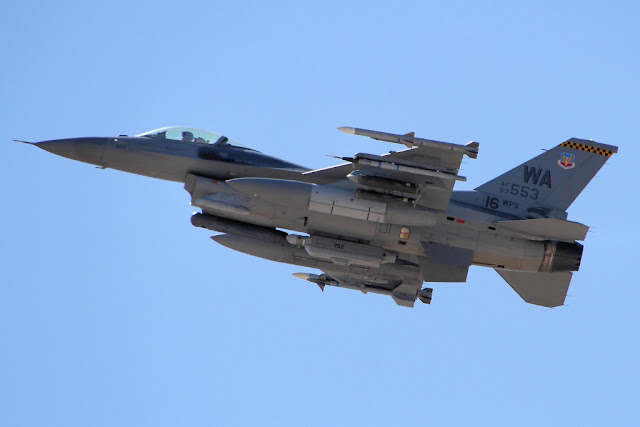 Tucson stands to gain up to 48 F-16 fighter jets in the next couple of years as the Air Force makes room for the next-generation F-35 Joint Strike Fighter.

On Thursday, the Air Force released a list of 34 bases around the country that could be assigned F-16 training units relocated from Luke Air Force Base near Phoenix and from Hill Air Force Base in Utah, to make room for new F-35 fighters and to address pilot shortages.

Both Davis-Monthan Air Force Base and the 162nd Wing of the Arizona National Guard, based at Tucson International Airport, are among the potential new sites.

The 162nd Wing — the Air Guard’s biggest fighter wing and the primary site for training of foreign F-16 pilots — also is on a list of four bases that could get more F-16s by the fall of 2017, under an interim plan to quickly address the shortage of pilots.

Both decisions are expected to be made by spring of 2017, according to U.S. Rep. Martha McSally, R-Tucson.

The others on that list are Luke Air Force Base in Phoenix, which is transitioning from F-16 to F-35 training; Holloman Air Force Base, New Mexico; and Joint Base San Antonio’s Kelly Air Guard Station, Texas.

Under previous force restructuring plans, the Air Force planned to move 21 Air Force Reserve F-16s to D-M in 2019 after the base’s A-10 Thunderbolt II close- air-support jet was to be retired, though the A-10 retirement plans have been pushed back three years.

Amid the move to retire the A-10, D-M in April was pegged as a finalist to house F-35 Lightning II fighter aircraft. In December 2015, the Air Force also announced D-M as a potential site for expanded remotely piloted aircraft missions.

“With thousands of square miles of high and low altitude military airspace, over 300 days of sunshine a year, and close access to the Barry M. Goldwater training ranges, there’s no better place in the country to train pilots for these missions,” McSally said Thursday in a news release.

Though F-16s periodically fly from D-M during training, the only F-16s based there are a few Air Guard F-16s on homeland-security alert duty.