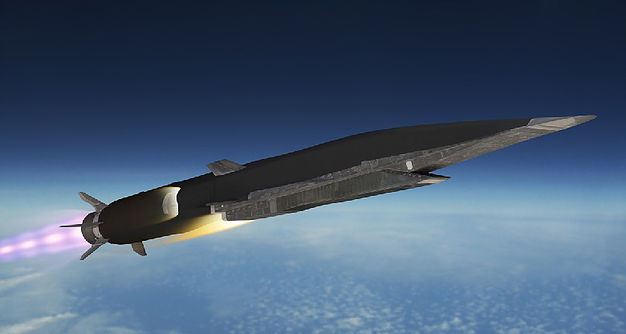 
MOSCOW, December 19. /TASS/. The deployment of Tsirkon new anti-ship hypersonic cruise missiles on the Russian Navy’s corvettes and frigates is envisaged by Russia’s state armament plan for 2018-2027, a source in the country’s defense industry told TASS on Tuesday.

"The naval component of the new state armament plan prioritizes building Project 20385 and 20386 corvettes and Project 23350 and 23350M frigates with precision weapons that include Kalibr-NK cruise missiles and Tsirkon hypersonic missiles," the source said.

TASS does not yet have an official confirmation of this information.

Four Project 22350 frigates under construction at the Northern Wharf Shipyard are at various stages of their readiness.

Russia’s Defense Ministry announced in April that the new state armament program "sets the task of completing the development of principally new types of hypersonic weapons and delivering them to the troops." Russian senator and former commander of Russia’s Aerospace Force Viktor Bondarev said in late November that Russia possessed Tsirkon hypersonic missiles.

According to the data available as of December 18, the program’s final version had not yet been submitted to Russian President Vladimir Putin for signing.

As another source in the Russian defense industry told TASS earlier, Tsirkon missiles can be launched with the help of a universal shipborne platform with ZS-14 launchers that are also used for Kalibr and Oniks missiles. Precisely this platform is mounted on Project 20380 corvettes and Project 22350 frigates.

According to public data, the Tsirkon has a firing range of about 400 km and its maximum speed is indicated in the range of 4-6 Mach.

As a source in the defense industry told TASS, the Tsirkon missile reached a speed of 8 Mach during flight tests in April. During testing, this hypersonic missile broke all speed records of its kind - it reached eight speeds of sound, or, if easier, flew faster than 2.5 kilometers per second. It's faster than a bullet. If it reaches an estimated range of 1,000 kilometers, then it will call into question the entire American doctrine of global force transmission through shock-bearing carrier groups. The range of US carrier aviation is about 800 kilometers.

"Simply speaking, with the advent of hypersonic" Zircon "missiles on our cruisers, frigates and even corvettes, it turns out that even a corvette with an eight-missile salvo can seriously damage the American aircraft carrier. And frigate even in a single form, if it came up, in a single quantity. If he approached the range of the Zircon volley, he could destroy the aircraft carrier multipurpose group of the United States of America, "explains Konstantin Sivkov, Corresponding Member of the Russian Academy of Missile and Artillery Sciences, Doctor of Military Sciences.

The American edition of National Interest admitted that none of the fleet of means of protection from the "Zircon" for today does not exist.

"Such weapons, combined with means to detect targets in the open ocean, can turn aircraft carriers into graves worth billions of dollars for thousands of American sailors," the newspaper writes.

The booster block takes Zircon to the desired orbit, after which it accelerates to its maximum speed and moves to the target at a height of 30-40 kilometers, where the air density is minimal. Radars at this speed simply can not see it, anti-aircraft missile systems are useless. But, according to experts, the overload is giant, the rocket is moving in a cloud of plasma. We need super-strong materials, resistant to overloading electronics. Translated by Google – Source: 1tv.ru

Related articles:
US May Be Defenseless Against New Hypersonic Missiles