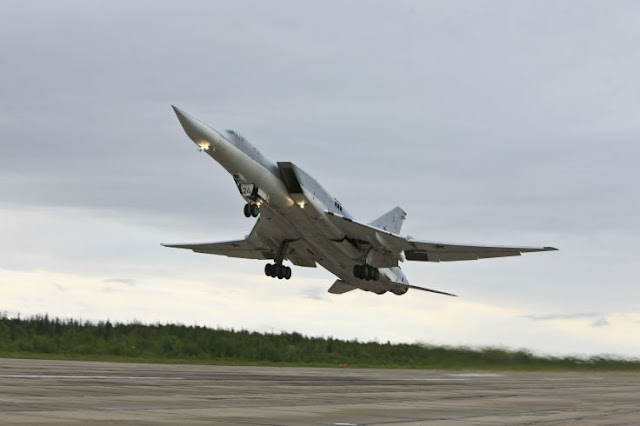 "On November 30, the plane left the flight testing station of the Kazan Aircraft Enterprise, a Tupolev branch. The Tu-22M3 has undergone an entire range of controlling and repairing work in the enterprise’s workshops to regain its flight worthiness while specialists have carried out all ground tests at the enterprise’s flight testing station. The operational acceptance/delivery and familiarization flights have also been successful," the press office said.

After the Tu-22M3 is delivered to the customer, it will traditionally perform a flight over the enterprise and then fly to its destination point.

"This plane, like other operational Tu-22M3 aircraft, will undergo its upgrade to the Tu-22M3M modification from 2018," the Tupolev press office said.

A source in the Russian defense industry told TASS in mid-November that designers had completed developing the documentation for the modified version of the Tu-22M3 bomber, the Tu-22M3M, and the first heavy upgrade of operational aircraft would begin in 2018.

The Tu-22M3M bombers will get advanced precision weapons while their radio-electronic devices and engines will be similar to the equipment aboard the latest Tu-160M2 aircraft, the source added.

"The development of the documentation for the Tu-22M3M has been completed and work is currently underway at the Kazan Aircraft Enterprise to prepare the production facilities for the repair and modernization of the bombers that are in service in the operational units of Russia’s Aerospace Force. The first heavy upgrade of these planes since the time of their development will begin from next year," the source said.

"The Tu-22M3M will feature an absolutely new avionics system standardized with the Tu-160M2," the source noted.

"This refers to the entire avionics, including the navigation and sighting complex," the source said, adding that after its upgrade the Tu-22M3M would get a possibility to use "modern long-range precision weapons."

According to the source, the Tu-22M3M will have a power unit identical to the motor system aboard the Tu-160M2 (new NK-32-02 engines produced by the Samara-based Kuznetsov aerospace engine company).