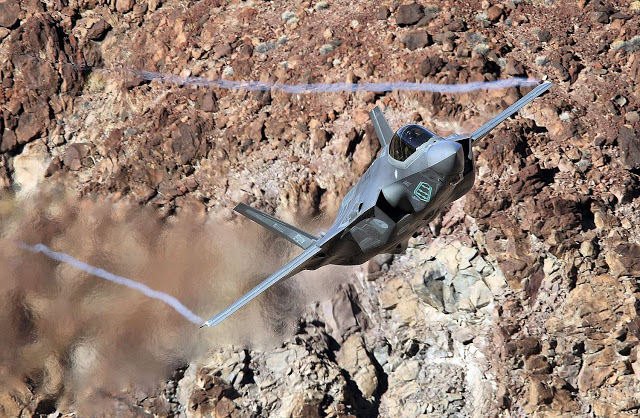 
Lockheed Martin Corp., Lockheed Martin Aeronautics Co., Fort Worth, Texas, is awarded a $90,345,180 modification to a previously awarded cost-plus-incentive-fee contract (N00019-17-C-0001).  This modification provides for the identification and execution of cost reduction initiatives to reduce the cost of the F-35 Lightning II Air System.  Work will be performed in Fort Worth, Texas, and is expected to be completed in June 2022.  Fiscal 2017 aircraft procurement (Air Force, Navy, and Marine Corps) funds in the amount of $90,345,180 will be obligated at time of award, all of which will expire at the end of the current fiscal year.  This modification combines purchases for the Air Force ($44,929,818; 50 percent); Navy ($26,000,000; 29 percent); and the Marine Corps ($19,415,362; 21 percent).  The Naval Air Systems Command, Patuxent River, Maryland, is the contracting activity.

The Pentagon's Latest Assessment Of The F-35 Is In, And It Ain't Pretty
Lockheed: F-35A Cost To Drop Below $80 Million Per Fighter In 2023

The Military Wants to Use F-35s to Shoot Down Nuclear Missiles
Production rate of F-35 Lightning II to rise this year
The F-35 was once trounced by F-16s in dogfights, but it just proved it can out-turn older jets
Lockheed Martin awarded $69 million contract to upgrade operational F-35 digital systems
Trump's new Pentagon chief reportedly hates the F-35 - here's what the US could have made instead
F-35 air-to-air missiles can now hit 2 drones at once, changing air combat