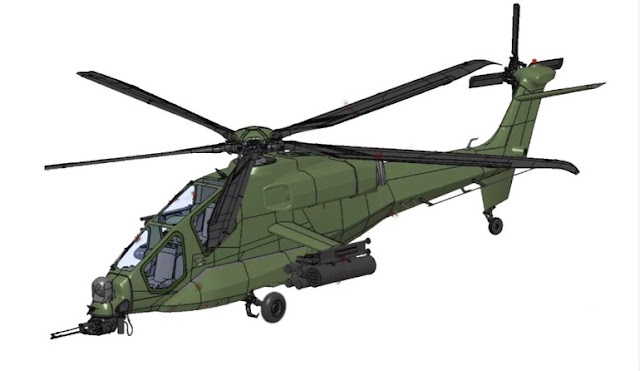 At the Combat Helicopters 2017 conference in Cracow, a representative of the Italian armed forces presented the concept of development of the AH-249A helicopter, which is expected to start replacing the AH-129D (AW129) Mangusta. The machine is developed by Leonardo Helicopters. In the new design, the AW149 propulsion system, which was offered in Poland in the multi-tasking helicopter program based on a common platform, will be used to accelerate the work.

Lieutenant Colonel Claudio Orioles, Head of the Italian Army Aviation Logistics, presented the concept of the AH-249A escort and impact helicopter at the Combat Helicopters conference in Cracow. These engines will replace the currently used AH-129D Mangusta helicopters, which are the latest variant of the rotors. The first A129 serial model (since 2012 marked AH-129A) entered the armament of the Italian Army in 1990.

Leonardo Helicopters signed a research and development agreement with the National Armaments Directorate (NAD) in January 2017, prototype testing and the production of three pre-launch helicopters called NESS (New Exploration and Escort Helicopter). Last year, the Italian parliament's defense commission approved € 487 million in funding for a program to build a new combat helicopter for the armed forces.

To accelerate the development of the AH-249A to service from around 2020, the Leonardo Helicopters has decided to use the existing AW149 multi-purpose helicopter propulsion system and the AW129 modernization system. This is in line with the current trend of unification, launched by the Bell Helicopteres AH / UH-1 family (the so-called "H-1 family", which currently holds 85% of the common shares in the current AH-1Z Viper and UH-1Y Venom). A similar road, although it can be said that in the opposite direction than Italy, went to Turkey, because T-129 ATAK propulsion system was based T-635 multi-tasking helicopter.

The helicopter mass has been planned for over 7 tons, which puts the Italian design between a slightly lighter helicopter Airbus Helicopters Tiger with a maximum weight of about 6 tons and a slightly heavier Viper (class 8 tons). It will not compete with heavy tank destroyers like the AH-64E Apache, Mi-28 or Ka-52. The main purpose of AW-249 is to carry out escort and reconnaissance missions and fire support to land forces.

Presented at the Cracow conference, the concept of the AH-249 helicopter development assumes much higher performance compared to the AH-129D. It is planned to increase the airborne time from 2 to 3 hours, cruising speed from 115 to 140 knots (from 213 to 259 km / h) and a ceiling of 15 thousand. up to 20 thousand Stop. The armament of the armament is to increase from 820 kg to not less than 1800 kg. Due to these requirements the launch mass of the new helicopter is expected to be much higher than for the AH-129D, which is less than 5 tonnes. The AH-249 is expected to weigh 7-8 tonnes with much greater dynamics and range of flight characteristics.


Performance requirements result from the fact that the AH-129D is fully armed, much slower and can remain in the air shorter than the Italian army's multi-tasking and transport helicopters. This applies especially to NH90 and CH-47F Chinook machines. This situation makes it impossible to de facto effectively carry out the basic tasks of escort and helicopter support and reconnaissance. The AH-129D is not capable of interacting with these machines effectively as long as they operate at maximum cruising speed, and as you know, speed is one of the basic strengths of aeromobile formation.

However, the requirements of the Italian forces do not affect the performance alone. Much emphasis was placed on the machine's resistance to extreme conditions. The range of permissible temperatures has changed to a lower limit of -35 to -40 degrees Celsius, while the upper limit is still +50 degrees. Due to the lowering of the temperature, the possibility of action in case of slight icing is required. There is also a need to increase the protection of key components and ensure proper operation in high dust (sand, dust) and snow conditions and protection against seawater (salt environment).

More to see, not to be seen

The Italian army defined not only higher demands on performance and operating conditions, but also broadened the needs of the contemporary battlefield. The new reconnaissance and escort helicopter (defined as its task) is to have a wide range of opportunities for information gathering and exchange, as well as modern security solutions as well as effective detection and identification of hazards.

Among the desirable characteristics are, among others. Reduction of the AH-249 signature in the range of different detection means. The machine will have integrated exhaust gas temperature reduction systems (IR signature) and radar signature design and coating. The helicopter is also intended to be equipped with active jamming and self-defense systems and sensors enabling, for example, automatic determination of the direction from which the helicopter is being driven. Another issue is to protect the AH-249 against the effects of electronic combat and even hacking attempts.

In terms of data exchange, the new machine is expected to be able to offer broadband communications using Link16 and other standards. The machine is designed to use radio stations digitally encoded at different frequencies but also to connect to cellular networks. This provides the ability to transmit audio, video and data through fully encrypted communication channels. The AH-249 will also have the ability to interact with various types of unmanned aerial vehicles, both in terms of data exchange and drones management. Interestingly, among the mentioned bsl were the Predator, Reaper, Shadow 200 and Falco aircraft, but also the AW Hero unmanned helicopters and the "Polish" SW-4 Solo RUAS / OPH manufactured by PZL Świdnik.


With regard to flight safety and situational awareness, pilots are to be provided with a wide range of modern solutions that are designed not only to effectively target and accomplish tasks, but also to enhance ergonomics and safety. In addition to navigation systems and safety systems such as VOR-ILS, DME, TACAN, Doppler radar and radar altimeter and GPS / INS navigation, the machine is to have a data processing and integration system. They will be depicted on the main, widescreen multifunctional touch screen that occupies the place of the classic dashboard, HUD display and flicker displays. This applies, for example, to the application of so-called "extended reality", ie overlapping data from different sensors to increase awareness of the battlefield. This can, for example, Apply the image of the imager and the aiming system to what the pilot sees through the night vision or the waist screen. This is to enable the AH-249 to operate in all weather conditions at low altitudes, which is a key capability for this type of machine.

As far as combat capability is concerned, the AH-249 has, as shown above, a broad range of possibilities for acquiring information about potential targets. Arming and targeting systems are designed not only to combat air and ground targets, including tanks and armored vehicles, but also to provide high precision and wide range of armament. This is to limit the so-called "casualties" in case of actions such as in urban areas or asymmetric operations.

The AH-129D helicopter will be borrowed from the turret and armed with a 20 mm three-barrel gun. Instead, the ammunition supply system will be modified and its supply increased. Unfortunately, the Mangusta helicopter has also been repaired, which is a parcel installation just below the optoelectronic head, which is also located at the bow, in front of the cockpit. As a result of this vibration when shooting from a 20 mm parcel they are transferred to the head, which negatively affects both the effectiveness and the viability of these systems.

The presentation of the Spike family (including the Spike NLOS) appeared in Krakow, which coincides with the current activities of the Italian forces, which integrated Spike missiles on the AH-129D helicopters. These machines can also carry the US TOW-2 and Hellfire missiles, which will be armed in the future with the AH-249, but are expected to be replaced by newer generations. At the ends of the wings, the new engine received additional air-to-air missiles. This means that by transferring 8 anti-tank missiles and two 70 mm rocket launchers, the AH-249 will be able to carry 2 short range missiles or 4 very short range missiles.

NESS is more than a magnifying manga

In terms of new wing construction, the Leonardo Helicopters decided to go the proven route, de facto enlarging the AW129 (AH-129) with the gun and the optoelectronic head in the bow, the tandem cockpit and the long narrow hull. On the sides of the hull will appear long sponsors, hosting, among others. larger fuel tanks, sensors and avionics.

The drive system is designed to provide much more power, both in the drive range and power sources for onboard installations, which will provide higher power APUs. If information about the use of engines and power transmission from the AW149 helicopter with a mass of 8.6 tonnes will be confirmed, the five-blade rotor and four-blade tail rotor will drive two US-based GE CT7-2E1 engines of 1490 kW (2000 hp) each. They will be equipped with an integrated exhaust gas dispersion system.


The concept of the new machine is not particularly revolutionary, but the aim is to rapidly develop and introduce this machine. This is due to the depletion of the AH-129 upgrade capabilities and unsatisfactory performance, especially under very high or low temperatures and high altitudes. That is why the Italian army wants to have a prototype of a new machine by 2020 and five years later to introduce the first series to operational service.

It is worth comparing with the time it was needed to develop from the base helicopters such as Tiger or even AW129. A good example of this is the development of the AH-1J Cobra twin-engined helicopter, which was developed for the US Marines to increase the lifting capacity and safety of the single-engine version used by the Army.

It should be noted, however, that the very classic AH-249 aerodynamic system is being developed at a time when, at the same Combat Helicopters conference in Cracow, the single helicopter system had exhausted its development capabilities. The AW-249 will soon be decoded by the floating engine (like the V-280) or hybrid coaxial (like the SB-1 Defiant or S-97 Rider).

The key in the NESS (New Exploration and Escort Helicopter) program, which will result in the AH-249, is not so much the increase in lifting capacity and performance, but above all the creation of a modern machine capable of operating in digital C4 network systems and collaboration with machines such as unmanned. In this respect, this helicopter has the potential to be a completely new quality in the Italian armed forces. Time will tell whether it is an evolutionary change that provides the Italian with sufficient opportunities to carry out planned activities in the contemporary battlefield. 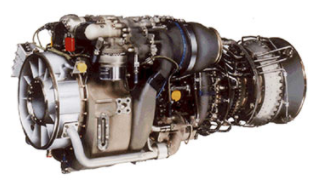 Leonardo has received two new contracts from the Italian MoD National Armaments Directorate, with an aggregate value of €500 million: one for an initial batch of five M-345 trainer aircraft, the second for the first development phase of the new exploration and escort helicopter (NEES) for the Italian Army.

The M-345 will supplement the fleet of 18 M-346 already in Italian Air Force service for advanced pilot training. The service has a requirement for about 45 of the new aircraft in total, (designated T-345) to replace the fleet of 137 MB-338 delivered from 1982. The first delivery is expected by 2019.

The multi-year contract for the new NEES covers the study, development, industrialisation, production and testing of a prototype and three initial production aircraft. Through this new programme, based on a total requirement for 48 units, the Italian Army will be able to replace the current fleet of AW129 which are expected to be retired from service by 2025 following over 35 years in operations. NEES will benefit from the long operational expertise the army has gained with the AW129 and will allow the service to introduce an even more technologically advanced product, with greater performance and lower operating costs, to meet emerging needs in evolving scenarios for the next 30 years.