US Navy to christen newest Virginia-class submarine as South Dakota 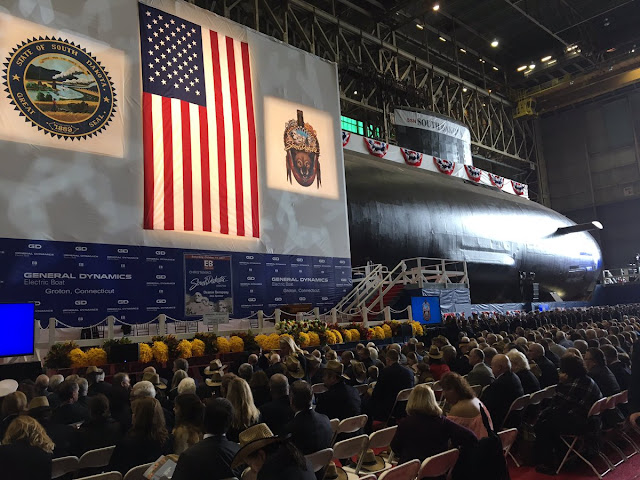 The US Navy's newest Virginia-class nuclear attack submarine is set to be christened as South Dakota (SSN 790).

The wife of former chairman of the Joint Chiefs of Staff and retired US Army General Martin Dempsey, Deanie Dempsey, is expected to lead the christening ceremony.

South Dakota represents the 17th ship of the Virginia-class. The keel for the vessel was initially laid in April 2016.

The submarine is expected to be commissioned for service in the second half of 2018.

South Dakota is also the seventh of the eight-ship group of Virginia-class Block III submarines, which are equipped with water-backed large aperture bow (LAB) array systems.

"South Dakota is also the seventh of the eight-ship group of Virginia-class Block III submarines, which are equipped with water-backed large aperture bow (LAB) array systems."

The VPTs are designed to provide greater payload flexibility than previous models, and each tube is capable of launching six Tomahawk cruise missiles.

The vessels can also be deployed for a variety of intelligence, surveillance, and reconnaissance operations, in addition to irregular warfare and mine warfare missions.

The Virginia-class vessels are being built under a teaming agreement between General Dynamics Electric Boat and its partner Huntington Ingalls Industries’ (HII) Newport News Shipbuilding.

To date, total of 28 Virginia-class submarines have either been delivered or are currently under construction / under contract.