The Royal Australian Air Force (RAAF) is funding a project to expand the search and rescue (SAR) capability of the Boeing P-8A Poseidon maritime patrol aircraft.

The work is taking place NAS Patuxent River and has seen P-8As deploy the UNIPAC III SAR kit, according to a NAVAIR statement.

The kit allows a single P-8A to drop rescue supplies capable of assisting 100 survivors in a single sortie, up from 16 with the UNIPAC II kit.

“The test program is a perfect example of the benefits reaped when two international partners join as part of a cooperative partnership,” says RAAF squadron leader Nathan Mula.

“Not only does the RAAF take a large step toward a major capability milestone, but the U.S. Navy receives the developmental and operational test experience and results.”

In the last 12 months, work with the UNIPAC-III has involved static ejection, safe separation and other integration work pending certification. The RAAF will undertake additional testing in Australia later this year, and the US Navy will evaluate the SAR kit for its own use.

The P-8A can deploy life support kits from its weapons bay.

The RAAF operates nine P-8As and will have its full complement of 12 examples by 2022. 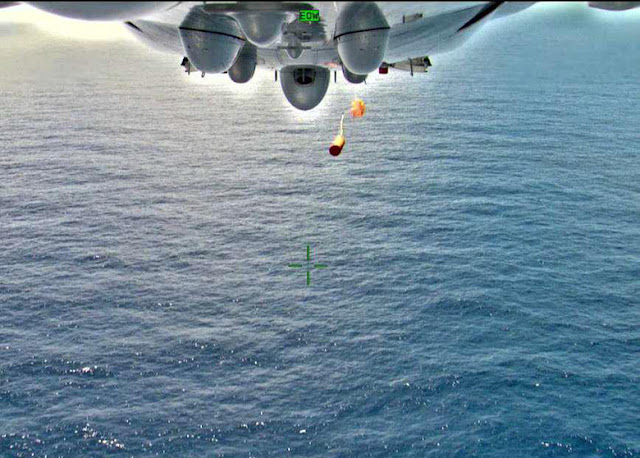 CHUUK ATOLL, Federated States of Micronesia (Feb. 20, 2018) A UNI-PAC II Search and Rescue (SAR) kit is deployed from a P8-A Poseidon aircraft assigned to the "Fighting Tigers" of VP-8. The SAR kit is a new addition to the maritime patrol and reconnaissance aircraft (MPRA) fleet and its use during the rescue of three fishermen in the South Pacific marked the first time it had successfully been deployed by a P-8A in real-world SAR operations. (Photo by U.S. Navy photo)