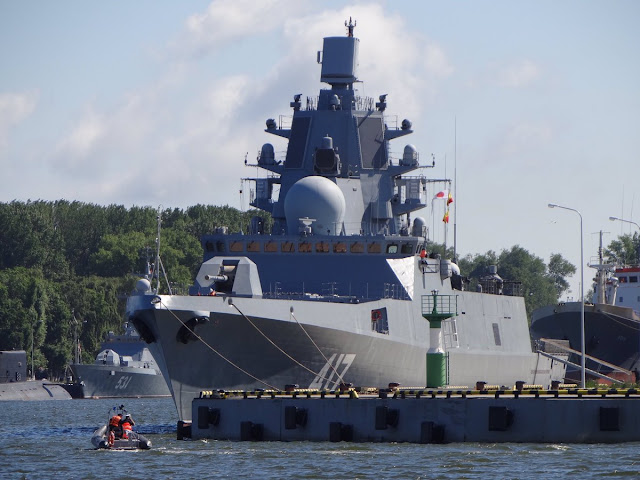 The Northern fleet began the final phase of testing project 22350 frigate "Admiral Gorshkov", said Friday the chief a press-services of the fleet Vadim Serga. The Northern fleet has set out to ensure the final phase of the test, the lead frigate of project 22350 "Admiral Gorshkov". The crew of the ship and ensuring naval forces out to ranges of combat training of the Northern fleet in the Barents sea, where started the implementation of the test program. Today the crew ensured the testing of the systems of aviation and technical complex. Over the ship carried helicopters Ka-27PS and Ka-31 and the Il-38 and MiG-31 combining force and air defense fleet said in a statement the head of the press on said Sergi, during an exit in the sea is also planned to hold a series of practical tests of systems and weapons systems of the ship.Head frigate of the project 22350 "Admiral Gorshkov" has arrived to the Northern fleet to complete state testing of technical means and weapons.

After taking the frigate of the Navy of Russia, he will be part of one of the compounds of the Northern fleet.