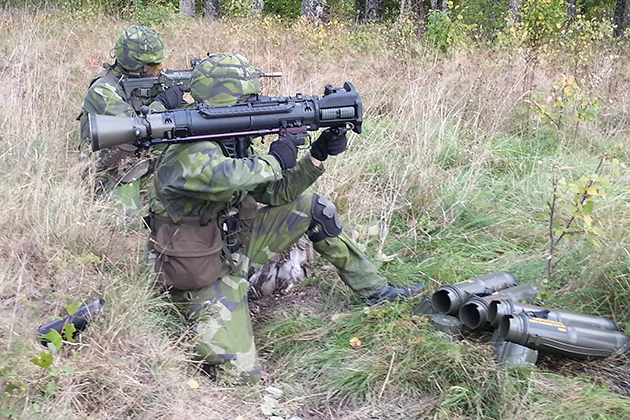 The Slovak Armed Forces are currently equipped with several units of the Carl-Gustaf M3 multi-role weapon. In order to further strengthen their defence capability, Slovakia’s defence ministry decided to acquire the new Carl-Gustaf M4 system, which has recently been delivered, making Slovakia the first country to deploy this new weapon.

The Carl-Gustaf M4 has all the effectiveness and versatility of the proven Carl-Gustaf system but its improved, lightweight design – weighing less than 7 kg – offers significant mobility improvements to the soldier. The M4 is also compatible with future battlefield technology developments such as intelligent sighting systems and programmable ammunition.

"The Slovak Armed Forces are currently equipped with several units of the Carl-Gustaf M3 multi-role weapon and the delivery of the new Carl-Gustaf M4 system demonstrates that we are able to offer the best fitting solutions to our customers," says Görgen Johansson, head of Saab Business Area Dynamics.

"I am very proud to announce that Slovakia is the first country to integrate the Carl-Gustaf M4 system in its armed forces. Due to the fact that Carl-Gustaf M4 is also compatible with future battlefield technology developments, Slovakia now has a system that will substantially increase its defence capabilities," says Magnus Lewis-Olsson, head of Saab Market Area Europe, Middle East and Africa.

The Carl-Gustaf M4 is the latest version of the portable, shoulder-launched, multi-role weapon system. It gives users a wide range of engagement options and allows troops to remain agile and effective in any scenario. It builds on the system's formidable capabilities, offering a higher degree of accuracy, lighter construction and compatibility with future innovations.