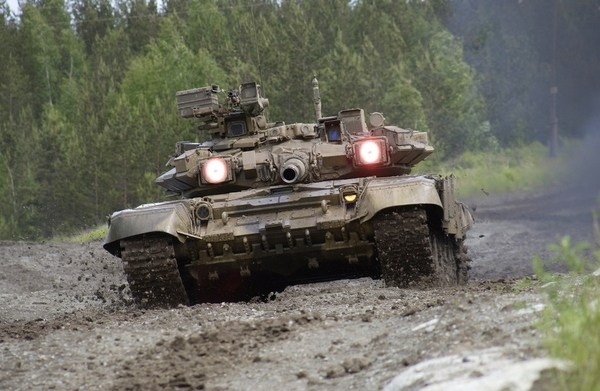 The reports, which cited comments from Russian defence officials who were speaking at a press conference at the MAKS-2017 aerospace exhibition in Moscow, said that the acquisition will be funded by credit provided by Moscow.

Jane’s first reported in early July that Russian tank manufacturer UralVagonZavod revealed in its annual report that it had secured an order from Vietnam for the T-90S/SK MBTs. The T-90S is the basic export model, while the 'K' postfix is a reference to command versions.

The value of the T-90 deal was not disclosed but is thought to be about USD250 million. The investment represents the first major order of new MBTs that the Vietnam People’s Army (VPA) has secured for many years. Investment over the past decade and more has been firmly focused on modernising the Vietnamese navy and air force.

In addition to the MBTs, the reports said Vietnam is also positioned to procure from Russia four S-400 Triumf missile systems to boost surface-to-air missile capability and MiG-35 multirole combat aircraft to replace the Vietnam People’s Air Force’s (VPAF’s) MiG-21 fighters, which are now thought to have been retired.

The number of Su-35s that the VPAF is looking to procure was not revealed, although the service previously operated more than 30 MiG-21s and is known to require significant additional numbers of fighter aircraft to enhance air combat capability.

To support these purchases and others, the state news agencies in Hanoi reported that Russia’s defence industry is looking to expand its presence in Vietnam.

In April 2017 there were reports Vietnam People’s Air Force is allegedly interested in procuring a squadron of Sukhoi Su-35S multirole fighter jets.  However, According to Vietnamese media reports, some Russian experts cautioned that Vietnam may not have the budgetary means to procure additional fighter jets at this juncture given the country’s financial commitments to other projects. (Source)

In 2015 Sputnik reported that Vietnam may buy the MiG-35 to replace the country's third-generation MiG-21 fighter jets. (Source)

Russia has confirmed contracts for the supply of T-90 tanks to Iraq & Vietnam
Posted by Nawapon at 03:58