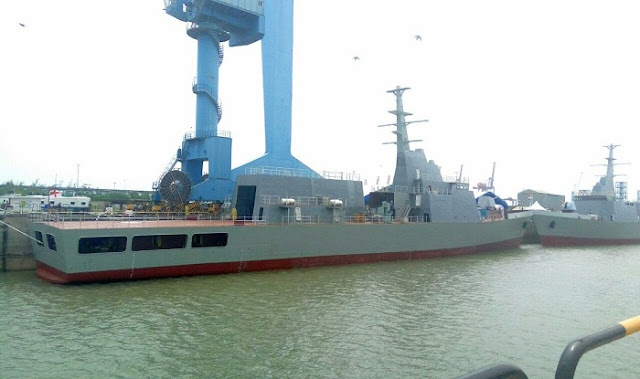 For the first time, the Indian Navy has launched two naval offshore patrol vessels (NOPVs) built by a private Indian defense company. The NOPVs were built by the Anil Ambani-led Reliance Defence and Engineering Limited at its Pipavav shipyard in the western state of Gujarat.

New Delhi (Sputnik) — The two NOPVs are part of five ships under the P-21 project being constructed for the Indian Navy by RDEL at a cost worth $375 million. The two ships will be known as Shachi and Shruti in the Indian Navy.

"The launch is a significant and milestone event as these two NOPVs are the first warships to be launched by a private sector shipyard in India," Vice Admiral Girish Luthra, Flag Officer Commanding-in-Chief, Western Naval Command said.

Armed with 76-mm super rapid gun mount system along with two 30 mm AK-630 guns, the 105-meter-long patrol vessels with a displacement of 1500 tons can do speed up to 25 knots with the help of 20,000 kW diesel engine-driven propulsion systems. These guns will provide medium-range and short-range offensive and defensive capabilities. The armament is remotely controlled through an electronic fire control system. "It would be propelled by two diesel engines which can deliver speeds up to 25 knots and has an endurance of about 6,000 nautical miles. All ship operations are controlled by an intelligent integrated platform management system, which has interfaces for all operational activities on board the ship," RDEL said in a statement.

Reliance Defense is also engaged in the construction of a training ship and 14 fast patrol vessels for the Indian Coast Guard at a cost of $150 million.

RDEL is competing with another Indian private shipbuilder L&T for the $4.5 billion Indian Navy project for the design and construction of 4 landing platform docks and 8 warships of the anti-submarine warfare swallow water crafts. Bids are expected to be opened in the next few months.

Five "Naval Offshore Patrol Vessels" are being designed and constructed for the Indian Navy. These vessels are capable of enhancing security of the EEZ including the security of offshore assets and out of area contingencies.

These vessels will be carrying out offshore patrolling, ocean surveillance, monitoring of sea lanes of communications, esccorting high value ships and other Fleet Support Operations.

Main Hull of the vessel is being constructed with marine grade "B" steel and indigenously developped DMR 249 steel; Superstructure will be made of alluminium alloy. Source 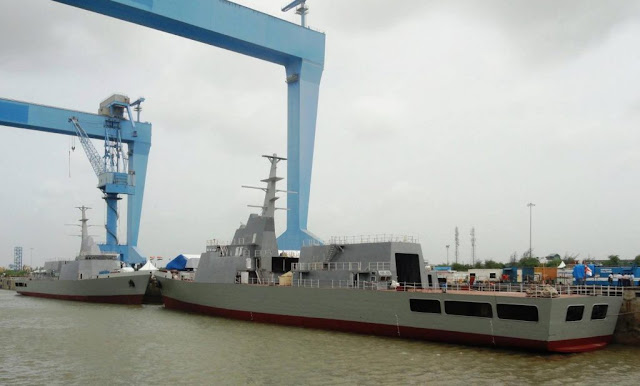 In June 2010, Pipavav shipyard secured a contract worth ₹ 2,600 crore (about $553.5 million) from the Indian Ministry of Defence (MoD) to build five naval offshore patrol vessels (NOPVs) for the Indian Navy.[2][3][4] In DEFEXPO 2014, Pipavav shipyard released a new design for the class.[5]

In June 2016, it was reported that the shipyard is now accelerating work on the delayed order where the first ship was supposed to be delivered in early 2015. As per the revised schedule the first ship will now be delivered in early 2017 and all ships will be ready for induction by the end of 2017. The ships are being constructed in 2 batches of two and three ships with a shorter delivery schedule for the second batch.[6] 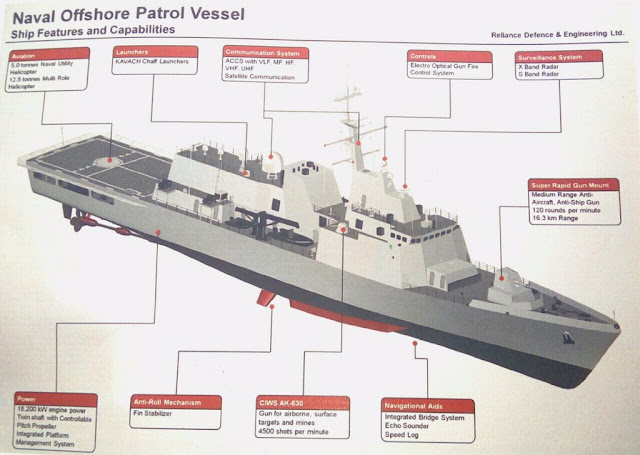