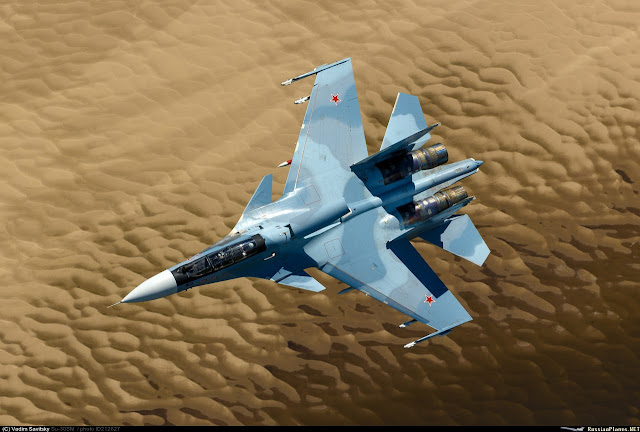 "Thirty" has entered the next level

Ministry of Defense and the corporation "Irkut" complete modernization of the fighter Su-30cm. It is assigned an index Sioux 30SM1. Improvements affect avionics, the aircraft also will be able to use the latest precision-guided munitions. According to experts, the updated "drying" of his chance to level with fighting fifth-generation machines.

As told to "News" in the command of air and space forces, modernization of Su-30cm is based on the experience of daily operation and combat fighters. Updated "drying" will have a number of improvements in the field of avionics, as well as expanding the range of precision-guided munitions. It is now upgraded several machines. In the United Aircraft Corporation confirmed that work is being done, but declined to comment further.

Military expert Anton Lavrov told "Izvestia" that, if added to a single digit, then it most likely comes to adding new types of ammunition used in a range of weapons fighter in the machine name.

- Su-30cm very good car - said the expert. - In the case of CM1 we can talk about adding new suspension systems review and integration of additional weapons. It can be assumed that the updated fighters will be able to use the corrected bombs CC-250, as well as rocket "air-surface" X-59MK2.

Bomb CC-250 has a modular design and can be equipped with a precision of satellite systems and laser pointing. The product was created in response to the US development of guided air bombs SDB family (Small Diameter Bomb). They are equipped with American fighter of the fifth generation F-22 and F-35. CC-250 with the laser head and the aiming HE fragmentation warhead is designed to engage unarmored art rail units, warehouses, and other enemy objects. Bomb can be used for both single and drained from the aircraft equipped with airborne laser designators, and when the external illumination purposes from the ground.

X-59MK2 - further development of the X-59 rocket. The latter was intended to destroy surface targets such as "boat" or "ship". In an embodiment of MK2 for this opportunity to add the ability to destroy low contrast against the background of the ground stationary ground targets with proven pre-coordinates. The rocket is a class of high-precision aircraft weapons, operating on the principle of "fire and forget".

Su-30cm - the last modification of the mass serial Russian multipurpose fighter Su-30 generation "4 ++". This is the first machine, having super-maneuverability. These qualities fighter received thanks to the highly integrated circuit aerodynamic glider thrust vector control system of AL-31FP and canards. Thanks to on-board radar "Leopard" the pilot can use weapons in maneuvering flight at long range. At the same time attacking one air and one ground target.

The aircraft can use the entire spectrum of modern and future high-precision weapons grade "air-to-air" and "air-surface". And without refueling and external fuel tanks to fly up to 3 thousand. Km. During a recent visit to the Irkutsk Aviation Plant (IAP) Deputy Defense Minister Yuri Borisov said that in 2017 VCS expect delivery of 17 new fighter jets Su-30cm.

It seems that some Su-30SM have already been upgraded according to the above article...... 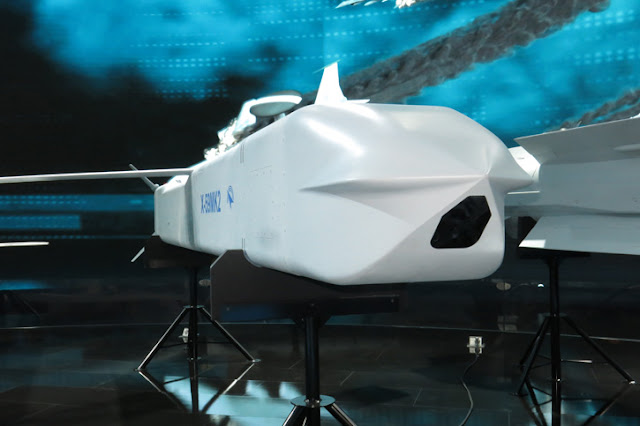 A new appearance at MAKS 2015 was the X-59Mk2 cruise missile. Flying at high subsonic speed, the weapon is designed for air-ground attack at ranges of 290 km. The missile carries a warhead weighing 300-700 kg. Its length is 4.2 meters and the wingspan is 2.45 meters. Although pursuing low flight altitude, X59Mk2 can hit its target at angle of 45 degrees at a terminal speed of 1,000 km/h and an accuracy of 3-5 meters. Typical targets for the weapon are ships and fixed land-based targets. Photo: Tamir Eshel, Defense-Update
Source: defense-update.com 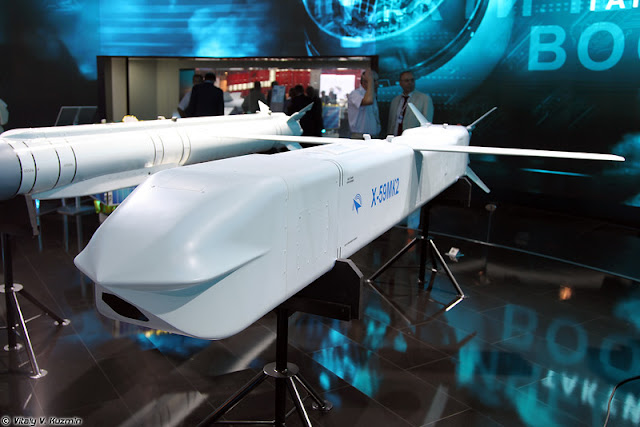 The Kh-59MK2 is a stealth air-launched, fire-and-forget, highly subsonic cruise missile featuring an improved engine which provides a maximum range in excess of 290 kilometers. Its guidance system combines automatic inertial navigation and terrain recognition with one or more target's area pre-programmed in the flying mission. It is intended to destroy a wide range of stationary targets with no radar or infrared signatures as well as troops and equipment placed in a wide area. The engine is placed inside the main body making the weapon more compact and favoring its stealth profile. The existence of the stealth Kh-59Mk2 cruise missile developed by Raduga, part of Tactical Missiles Corporation, was revealed in October 2015. 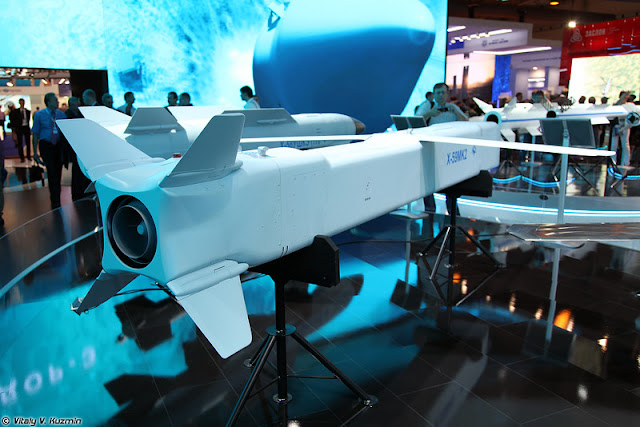 The Kh-59MK2 cruise missile can be released from altitudes between 200 meters and 11 kilometers. The missile is lighter than the Kh-59Mk, features angular, compact airframe and stealth coating to minimize its radar signature and folded wings to fit into inner weapons bays. It is capable of engaging ground targets in adverse weather conditions, day/night. The missile's maximum range is 290 kilometers but the Russian Air Force variant maximum range may exceed that figure. The Kh-59MK2 missile flies at altitudes between 50 and 300 meters with a circular error probable (CEP) of 3 meters. It can be armed with either a blast fragmentation or a cluster munitions warhead depending of the target. 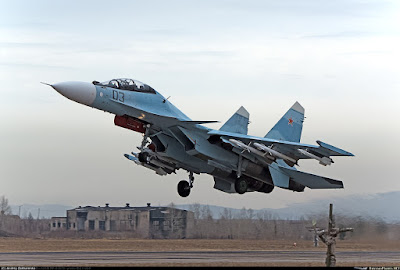