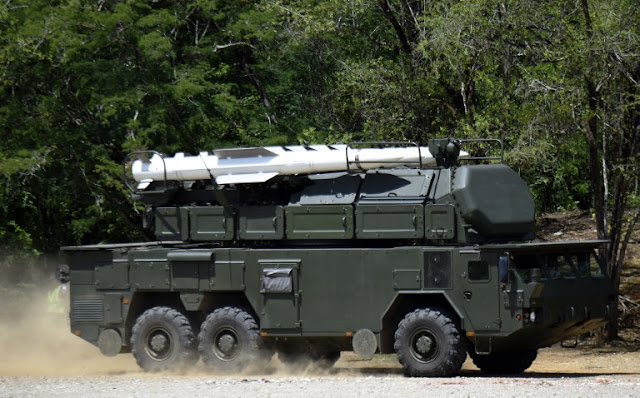 The publication included an article covering the 'Majd 2017' exercise held in July, which was supported by a collage of Algerian military equipment – including a transporter erector launcher and radar (TELAR) vehicle from a Buk-M2 system, seen launching a 9M317-series missile.

The story did not mention the SAM system, which was mounted on a Belarusian-made MZKT 6922 6x6 wheeled vehicle instead of the tracked carriers used by most other Buk operators, including Egypt and Syria. 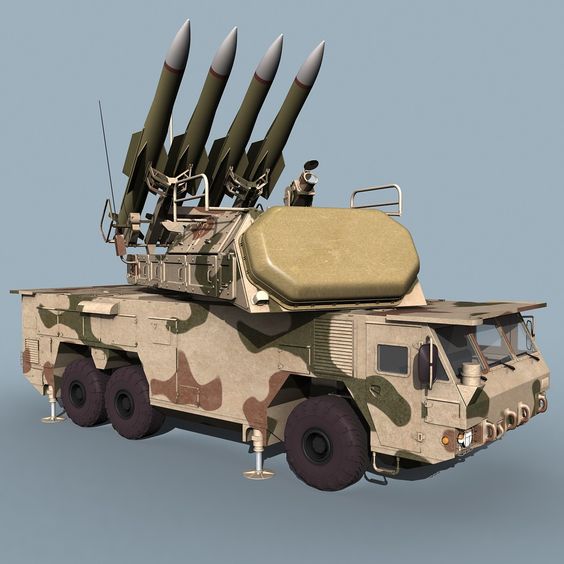 The SAM system is capable of operating both independently and as part of an air defence group.

For better survivability, the Buk-M2E uses unique target engagement modes and modern methods of protection against active and passive jamming, as well as precision-guided weapons.

Its combat assets can be mounted on cross-country tracked or wheeled chassis.
This is an all-weather system operating in different climatic zones at temperatures ranging from -50 to +50°C, at humidity of up to 98%. The crew compartments are equipped with air conditioning and heating units. 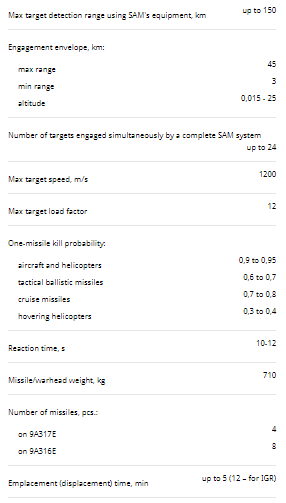 The 9M317 missile was developed as a common missile for the Russian Ground Force's Air Defence Forces (PVO) (using Buk-M1-2) as well as for ship-based PVO of the Russian Navy (Ezh). Its exterior design bears a resemblance to the Vympel R-37 air-to-air missile.

The unified multi-functional 9M317 (export designation 9M317E) can be used to engage aerodynamic, ballistic, above-water and radio contrast targets from both land and sea. Examples of targets include tactical ballistic missiles, strategic cruise missiles, anti-ship missiles, tactical, strategic and army aircraft and helicopters. It was designed by OJSC Dolgoprudny Scientific Production Plant (DNPP). The maximum engagable target speed was 1200 m/s and it can tolerate an acceleration overload of 24G. It was first used with Buk-M1-2 system of the land forces and the Shtil-1 system of the naval forces.

In comparison with 9M38M1, the 9M317 has a larger defeat area, which is up to 45 km of range and 25 km of altitude and of lateral parameter, and a larger target classification. Externally the 9M317 differs from the 9M38M1 by a smaller wing chord. It uses the inertial correction control system with semi-active radar homing, utilising the proportional navigation (PN) targeting method.

Export version uses a Belarusian MZKT-6922 6x6 wheeled chassis instead of the tracked. 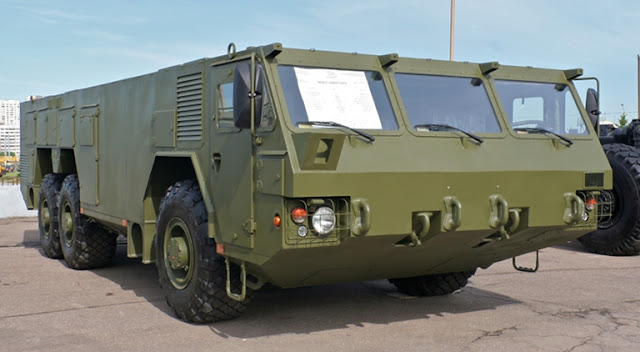 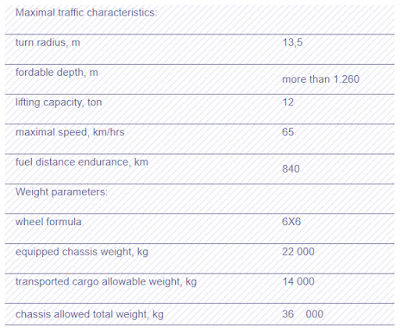