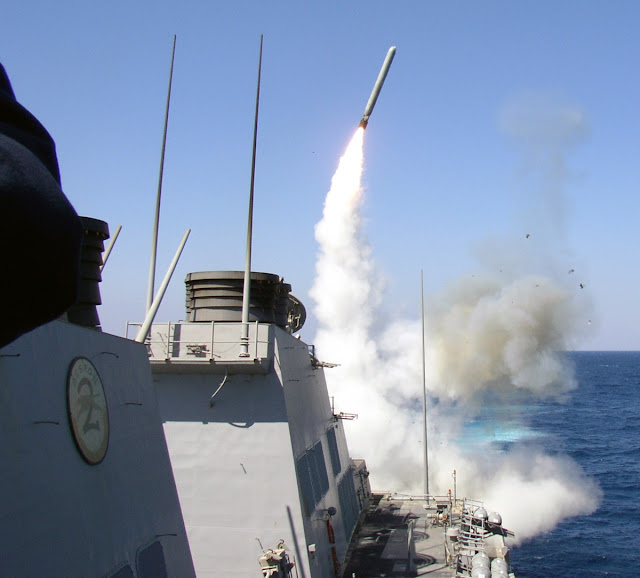 The US Navy has added the 4,000th Tomahawk Block IV cruise missile to its fleet.

The Tomahawk Block IV cruise missile was developed by Raytheon and is able to circle for hours, change direction instantly on command and strike with precision.

It can be launched from ships or submarines and can travel for 1,000 miles through heavily defended airspace to conduct precision strikes on high-value targets with minimal collateral damage.

Raytheon Air Warfare Systems vice-president Mike Jarrett said: “When it comes to flexibility, accuracy and firepower, no other cruise missile in the world compares to Tomahawk. That's why it's been called the nation's weapon of choice.

“We're not resting on our past success. Raytheon and the US Navy are modernising Tomahawk to provide sailors with the capability they need to stay ahead of the evolving threat.”

The Tomahawk missile's communications and navigation capabilities have been modernised as part of the upgrade works.

A multi-mode seeker has also been added to allow the missile strike moving targets at sea.

Some of the missile's upgrades are scheduled for implementation from 2019, while other enhancements will be carried out in several phases over time.

Raytheon’s upgraded Tomahawk cruise missiles are slated to be included in the US Navy inventory beyond 2040.

"Raytheon and the US Navy are modernising Tomahawk to provide sailors with the capability they need to stay ahead of the evolving threat."

“Working with Raytheon, we plan to continue upgrading and delivering Tomahawks far into the future.”

The Tomahawk cruise missiles are used by both by US and UK forces to defeat integrated air defence systems and carry out long-range precision strike missions against high-value targets.

The Tomahawk Block IV features a two-way satellite data-link that allows the missile to be retargeted mid-flight to pre-programmed alternate targets.