APC BT-3F are ready for testing Ministry of defence 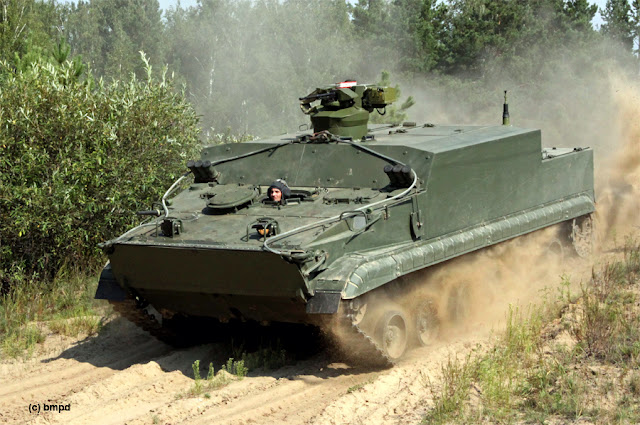 Concern "tractor plants" continues factory testing of the APC BT-3F, which is created by order of the armed forces in the framework of development work "Armour". The machine is ready for testing, the Ministry of defense of Russia, reports "Military.of the Russian Federation". As stated by the head of Department on development of military equipment of the concern Sergey kotelevsky, the Russian military are interested in the new car. He added that the BT-3F based on the same with the BMP-3 nodes and aggregates.

Almost all the issues on creation of this object designed on the basis of BT-3F you can create a new machine command, control, communications, engineering, medical, warfare and so on – summed Sergey kotelevsky.BT-3F was created for Indonesia. During the forum "Army-2017" military delegation visited the exposition of "Tractor plants" and met with the developers of the armored vehicle. The Indonesian military has approved the machine, now the government must approve its purchase. According to preliminary information, the Indonesian military plans to begin purchasing in 2018.

vehicle is armed with remotely controlled weapon module ABS-T with a machine gun PKTM 7.62 mm. it is Possible to equip the automatic grenade launchers AG-17A (30 mm) and AG-40 (40 mm). 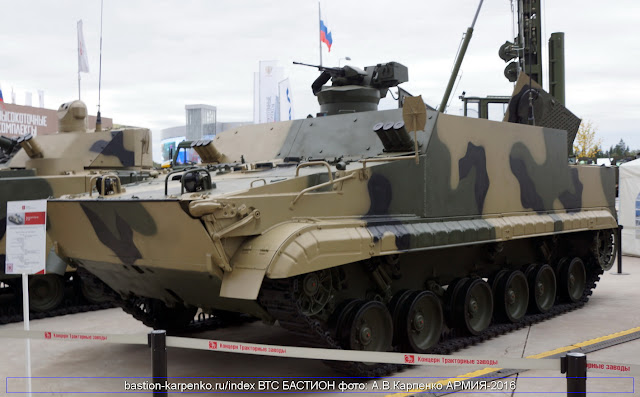 The BT-3F is a new Russian tracked armored personnel carrier. Its development began in 2010. It is based on a BMP-3F infantry fighting vehicle with improved amphibious capabilities. It lacks turret of the BMP-3F, but has a raised superstructure, similar to that of the 1V172-2 artillery control vehicle. The BT-3F is intended for the Russian naval infantry units. Once in service it could partly replace a fleet of BTR-80 series8x8 armored personnel carriers, used by the Russian naval infantry units. A demonstrator of the BT-3F was first publicly revealed in 2016. It is unclear if the Russian Navy will adopt this armored vehicle. The BT-3F is also being proposed for export customers. 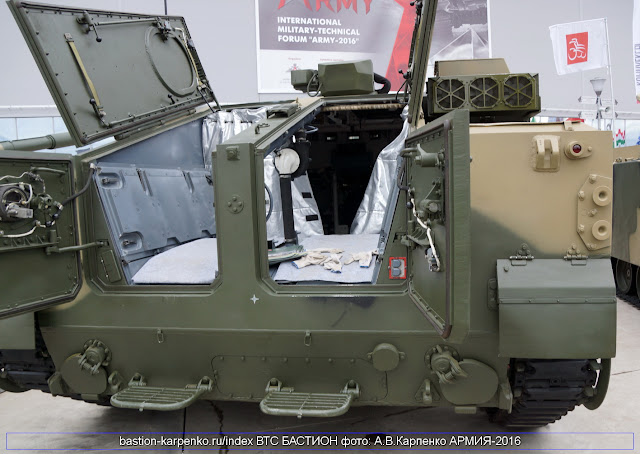 The BT-3F can be launched at sea from amphibious assault ships. Its main role is to deliver marines from ship to shore under armor protection. The BT-3F is also intended to spearhead a beach and to secure coastline for ongoing troops. Once ashore the BT-3F can be used for patrolling, guard checkpoints, and carry troops and supplies further inland. In concept it is similar to the ageing Soviet BTR-50P, or the US AAV7 amphibious armored personnel carriers. However the BT-3F is a smaller vehicle, which accommodates less passengers. 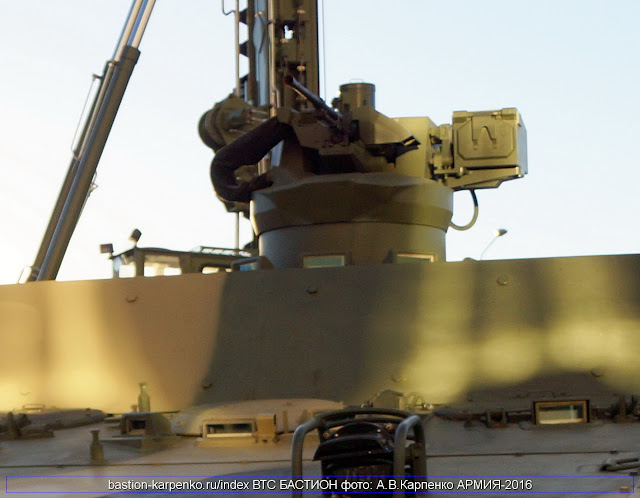 The BT-3F has some advantages over the current BTR-80 series armored personnel carriers, that are currently used by the Russian marines. It is much better protected, can carry twice more troops and has better off-road mobility due to its tracked configuration.

Hull of this armored personnel carrier is of welded aluminum alloy armor. All-round
protection is against 14.5 mm armor-piercing rounds. It is likely that the front arc is made of composite armor and withstands hits from 30 mm armor-piercing rounds. Protection could be enhanced by installing add-on explosive reactive armor kit. Vehicle is fitted with NBC protection system and automatic fire suppression system. Though the BT-3F is vulnerable to mine blasts and improvised explosive devices due to its tracked configuration.  Source: military-today.com 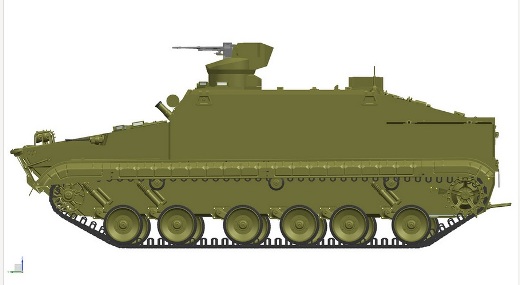 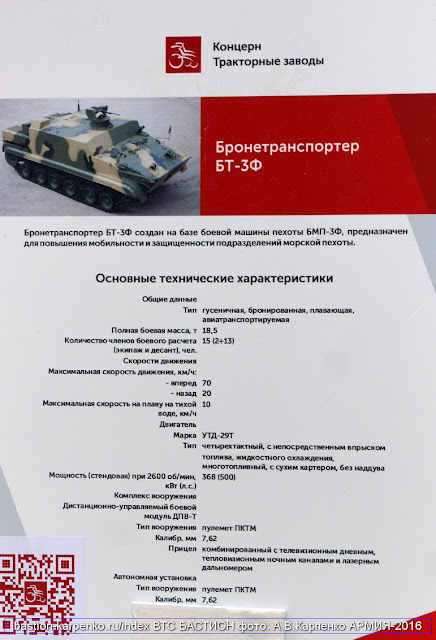