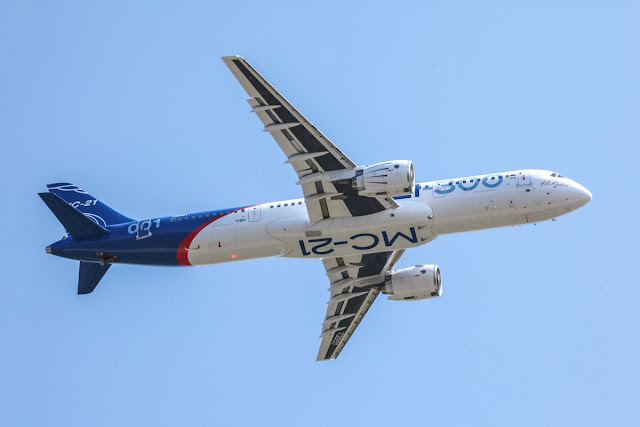 MOSCOW, September 26. /TASS/. The Russian passenger jet MC-21 will be officially presented at the international stage in 2018 most likely, Minister of Industry and Trade Denis Manturov told reporters on Tuesday.

"I think early next year, at exhibitions held during that time," Manturov said.

"I would sacrifice an exhibition but would not sacrifice a testing cycle," the minister said responding to a question whether the aircraft can be presented at the Dubai Air Show in November 2017.

MC-21 is a new twin-engine short-to mid-range Russian jet airliner with a capacity of 150-212 passengers.