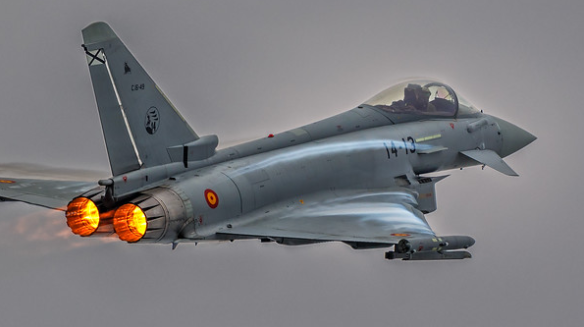 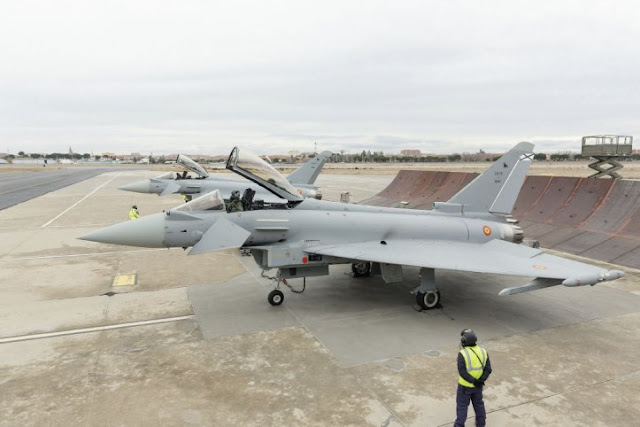 Spain #8217 first two P1EB Eurofighter Typhoons are now operational, having been delivered to the air force in December 2017. (Eurofighter)

Spain has received its first Eurofighter Typhoons to be upgraded with the latest-standard multirole capabilities.

The new-build Tranche 3 fighters were built at Airbus DS’ Getafe facility near Madrid to the same configuration that is being retrofitted into the aircraft of other partner nations. The Spanish Directorate General for Armaments and Materiel (DGAM) procurement agency took delivery of the aircraft on 22 December 2017, after which they were ferried to Albacete Air Force Base. The remaining six of the 73 aircraft currently contracted by Spain will be delivered to the same P1EB FW standard during 2018 and 2019.

The P1E upgrade affords a true ‘swing-role’ capability, whereby the pilot can seamlessly switch between air-to-air and air-to-ground missions.

Air-to-air enhancements of P1E include the digital integration of the Diehl IRIS-T short-range air-to-air missile to provide high off-boresight targeting and firing via the head-up display and helmet-mounted display (HMD).

Improved communications and voice control are also added, and greater interoperability with coalition forces is be achieved through the integration of secure Mode 5 identification friend or foe (IFF) and an enhanced Link 16 Multifunctional Information Distribution System (MIDS) Link 16. 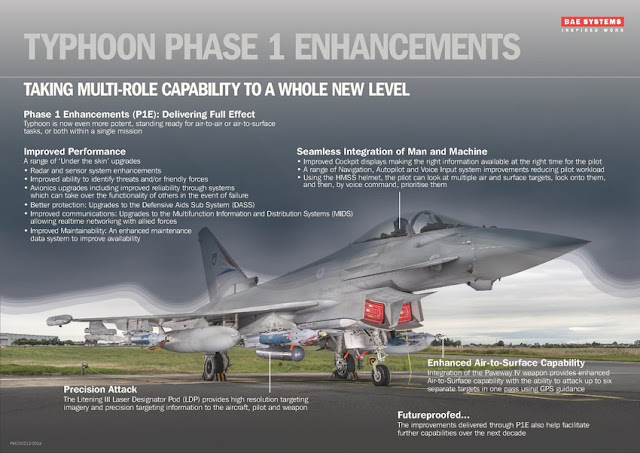