Serial production of Armata tanks to begin in 2020 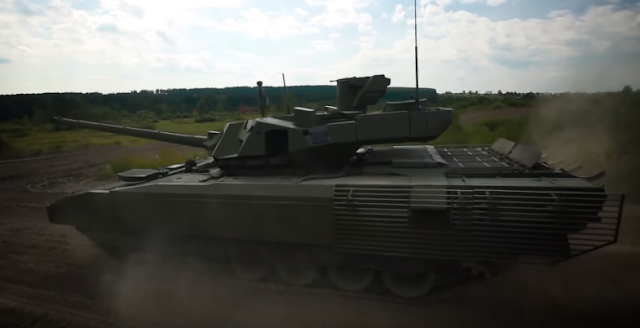 Serial production of Armata tanks to begin in 2020 — source

In the second half of 2018, the delivery of a pilot batch of the Armata tanks to the Russian Armed Forces is expected to be completed, according to the source

MOSCOW, January 24. /TASS/. The serial production of the newest T-14 Armata tanks will begin in 2020, a source in the Russian military industrial complex told TASS, adding that several hundreds of tanks would be made to be provided, first and foremost, to the units deployed to the Western and Southern Military Districts.

"In accordance with the 2018-2027 State Armaments Program, the serial production of the T-14 tanks based on the Armata platform is planned to begin in 2020, hundreds of tanks will be made," the source said.

The source also said that in the second half of 2018, the delivery of a pilot batch of the Armata tanks to the Russian Armed Forces was expected to be completed. However, he did not elaborate the number of tanks in the batch.

TASS has not yet received any official confirmation of this information.

In late December 2017, Russian Ground Forces Commander-in-Chief Colonel General Oleg Salyukov said that a contract on the delivery of a pilot batch of the Armata tanks to the Armed Forces had been signed. He pointed out that defense companies were tuning the tanks in compliance with the delivery schedule.

Back in April 2016, Vyacheslav Khalitov, the Deputy CEO of the tank’s designer and manufacturer Uralvagonzavod, said that the first batch of tanks will be delivered to the Armed Forces in 2017-2018. However, he did not say if the batch would contain development prototypes intended for tests.

The T-14 tank, based on the heavy tracked Armata platform, was unveiled at the Victory Day Parade on Moscow’s Red Square on May 9, 2015. The new tank is the first in history to have an unmanned turret and an isolated armor capsule for the crew.