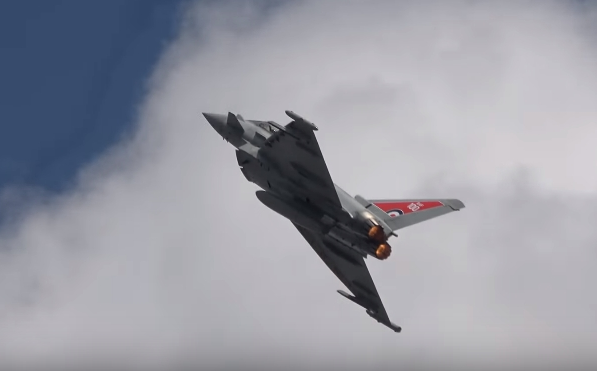 
LONDON: Qatar could saddle British taxpayers with a bill for billions of pounds by defaulting on payments for military equipment ordered from the UK.

According to one expert, while it was not unusual for buyers to miss payments for various reasons, it was hardly likely to be necessary for Qatar, one of the wealthiest countries in the world.

Jeremy Binnie, Middle East specialist on the publication Jane’s Defense Weekly, questioned whether Qatar needed the 24 Typhoon supersonic fighter jets it has ordered from British Aerospace as part of a £6 billion ($7.7 billion) package, including weapons, pilot training and maintenance.

“The Qataris are also buying from the French and the Americans. Do they need three types of fighter jets? The Ministry of Defense dismisses the suggestion that they don’t,” he said.

Andrew Smith, of the Campaign Against Arms Trade, said the concept of the government underwriting a contract such as the Typhoon deal with Qatar was not unusual.

“But the fact that Qatar has already defaulted has obviously set off alarm bells in the Treasury and calls the entire deal into question,” he said.

“This is an example of the cozy and compromising relationship between arms companies and government. It is risking billions of pounds in order to support military sales to a repressive and authoritarian regime at a time of severe regional tensions.

A deal to sell the jets — the biggest export contract in a decade for Typhoon fighters — to Qatar was struck last December during a visit by the UK Defense Secretary, Gavin Williamson, to Doha.

“The risk is made even greater by the Qatari government’s disregard and the complete lack of transparency in its military spending, on which zero information is publicly available.

“The sale of these fighter jets is totally irresponsible and so is this deal,” he said.

By underwriting the deal through UK Export Finance (UKEF), the government’s credit agency, the UK Treasury guaranteed that Britain’s defense industry and its employees would not lose out financially if the buyer failed to honor the contract.

However, under the arrangement, if Qatar fails to pay up, responsibility for settling the bill with British Aerospace will fall on the Treasury — which means British taxpayers.

Doha does not appear to have shown any concern either for taxpayers or for the thousands of jobs potentially at risk at the British Aerospace plant in northwest England, where the Typhoons will be built.

Leaked documents from the Treasury show that the Qataris wanted Britain to finance most of the cost of the deal and also use British guarantees to reduce interest payments.

The documents describe the arrangement as “unprecedented” and indicate there is concern over whether Qatar can meet its obligations.

“The transaction amounts to an unprecedented level of support from UKEF to one buyer, skewing the UKEF portfolio by concentrating about 25 percent of their portfolio risk in one transaction,” the Treasury memo said.

Qatar has already missed the July deadline for the first instalment. Embarrassingly, this was revealed just after the emir of Qatar’s visit to London.

The situation is not especially unusual, said Binnie, since such deals are sometimes announced before all the financing is in place.

That appears to be the case with Qatar, which was still trying to arrange $4 billion of financing in July. According to British Aerospace, the new deadline for the first payment is now the end of September. 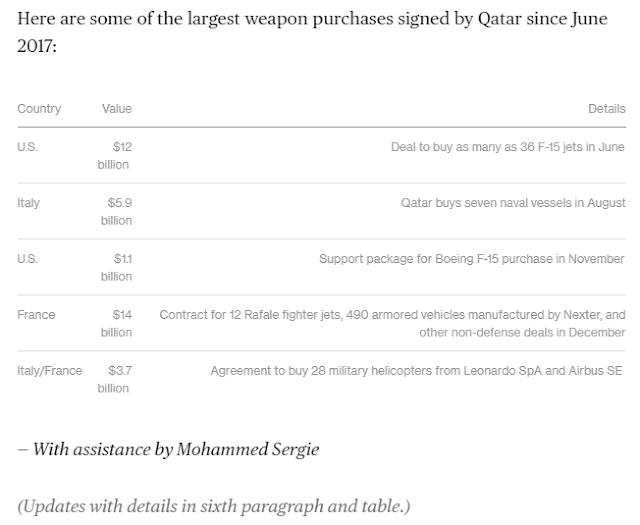