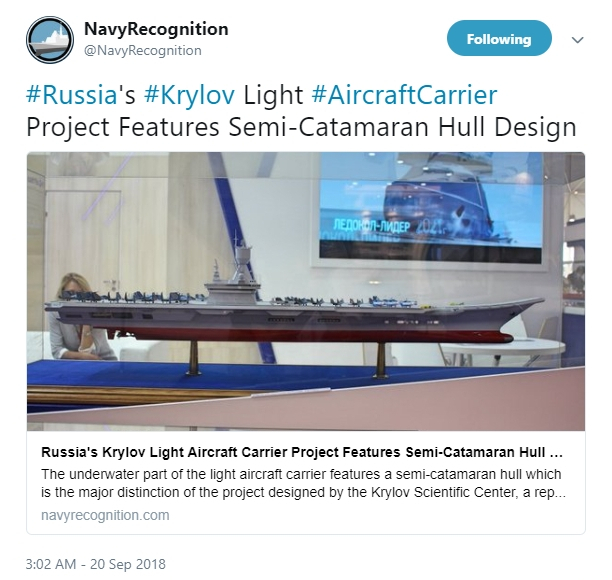 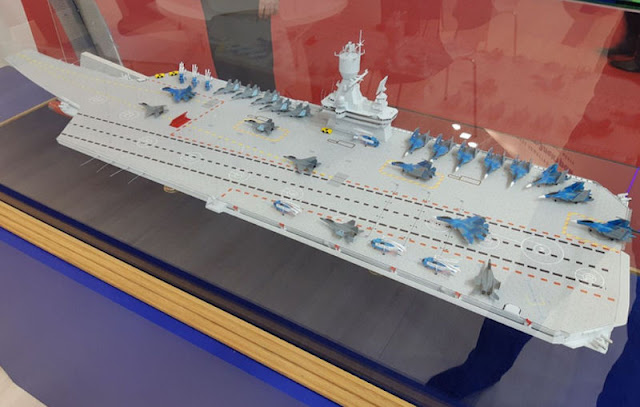 The 44,000 ton Light Multi-purpose Aircraft carrier [LMA] design provides a flight deck equivalent to a much larger carrier with a displacement of over 60,000 tons. The innovation of the LMA is that the hangar below the flight deck is used for aircraft maintenance, rather than storage. The result is a rather large flight deck on a relatively small hull. The LMA is a "fair weather" carrier for which the default location of the air wing is on the flight deck, rather than below on the hangar deck. Aircraft are transported between the decks by relatively small elevators along the flight deck center-line, rather than large elevators on the edges of the flight deck. Naval architects note that steel is cheap and air is free, but this evidently is not strictly true. A radical reduction in the functionality and volume of the hangar deck results in a substantial reduction in total displacement, and project cost. This is the most significant innovation in aircraft carrie design since the twin island design of the Royal Navy's Queen Elizabeth class.

The Krylov State Research Center (KGNC) presented the model of a Light Multi-purpose Aircraft carrier [Legkii Mnogocelevoi Avianosec / Legkogo Mnogocelevogo Avianosca] at the Army-2018 International Military-Technical Forum for the first time in August 2018. The original configuration of the hull made it possible to make a huge deck and place on the aircraft carrier a full displacement of 44,000 tons to 46 aircraft, including heavy and light fighters, various helicopters and long-range radar surveillance aircraft. For comparison, on a heavy aircraft-carrying cruiser Admiral Kuznetsov with a displacement of 60,000 tons, the project provides for the deployment of 50 aircraft and helicopters, in reality they were always much less.

The design maximizes the area of the deck used for the storage and maintenance of aircraft, with a minimum hangar, mainly for aircraft repair. There are three narrow elevators, along the centerline of the flightdeck, rather than on the edges as is normal practice. "The light multipurpose aircraft carrier is designed to ensure combat sustainability of the fleet’s forces and weapons which are engaged in hostilities in blue and green waters by fulfilling anti-aircraft and anti-missile defense tasks as well as by destroying air, surface, underwater and onshore targets," KGCN said in its documents. There are no exhaust stacks, the "exhaust" will be drained down along the sides. This, in particular, will also reduce the visibility of the ship. 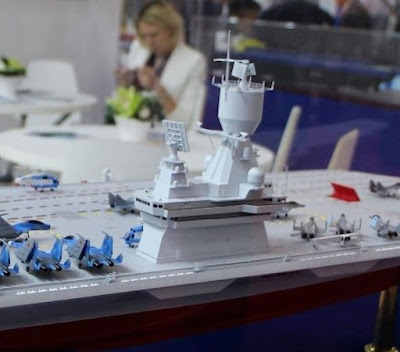 According to the representative of KGNC, the project was developed for export, including to Latin America and South-East Asia, which are not regional superpowers. Compared with the full-size aircraft carrier, the new ship turned out to be cheaper to create and operate. The closest analogue is the Indian light aircraft carrier "Vikramaditya".

According to the head of the center, Vladimir Nikitin, the air wing of the novelty is identical to the heavy aircraft carriers. "This aircraft carrier is different in that it has a high-quality air wing the same as a heavy aircraft carrier. These are heavy Su-33 fighters, light MiG-29K fighters, multipurpose and rescue helicopters, four radar patrol aircraft, and only 46 aircraft." Nikitin also noted that the cost of a new ship could be several hundred billion rubles, that is, almost half as much as a full-sized one.

Most likely, the new ship will accommodate the new generation aircraft, based on the Su-35. In this case, light fighters are likely to remain in the same version - the MiG-29K, since this aircraft is "developed and serially produced." "Such a nomenclature ensures high-quality performance of any tasks," Nikitin stressed.

Among the shortcomings of the ship, the creators note restrictions on the stock of aircraft fuel and aircraft ammunition, which reduces the intensity of combat operations of the aircraft carrier. However, this problem is solved by using a complex supply ship, which will replenish the aircraft carrier with ammunition and fuel. As a result, the new aircraft carrier received full functionality: the ship can carry out air defense, strike, search for submarines and effectively deal with them, but it must always be supplied and transported, said Sudostroenie.info from KGNC. 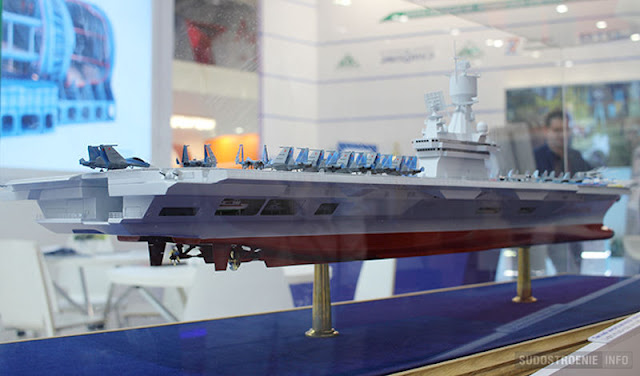 According to the information provided by the "Krylovians", the LMA is designed to ensure the combat stability of the grouping of forces and equipment of the fleet when it performs combat operations in the far sea and ocean areas by solving air defense, air, surface, underwater and coastal targets. The main dimensions of the light multi-purpose aircraft carrier (on the constructive waterline) are 304 (260) meters x 78 (38) meters x 23 (8.5) meters. LMA is supposed to be equipped with a gas turbine main power plant of four turbines with a total design capacity of 81,000 kW. According to the developers, this will give an opportunity to develop a course of 28 knots. The autonomy of the LMA for provisions should be 60 days. Its deck aviation will be able to carry out take-off and landing operations at roughness up to 7 points.

As for the current stage of the creation of the ship, the conceptual design was completed in 2017. At present, the technical feasibility of the project has been confirmed, estimates of the cost and location of construction have been carried out (the most likely candidate is Sevmash). Everything is ready for further design, add in the Krylov SRC.

The question of the possibility of building an aircraft of the "aircraft carrier" class in modern Russia, as well as the very demand for such a ship in the Russian Navy, are extremely polemical topics. Among other things, this is proved by the practice in the domestic defense industry, in which public statements by representatives of the country's military and political leadership on the need to build aircraft carriers do not lead to the beginning of the relevant design work.

It is not for nothing that recently the Russian Minister of Industry and Trade Denis Manturov correctly informed that issues related to the construction of an aircraft carrier for the Russian Navy are under discussion. In addition, the minister was able to "accurately say that helicopter carriers in the pure sense of the word will not be built." 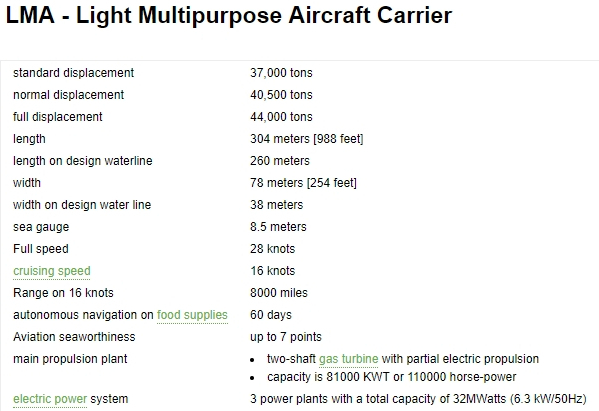