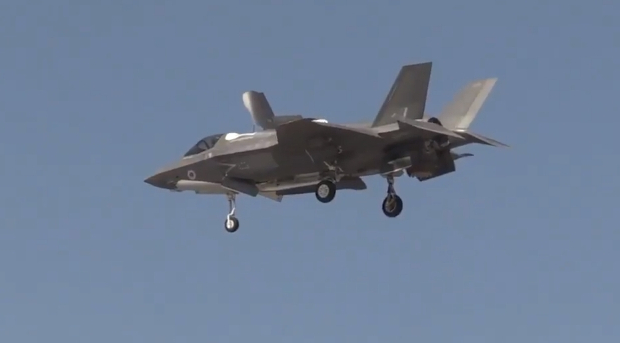 Flight trials which will involve the first deck landing of an F-35B Lightning II fighter jet on the UK’s HMS Queen Elizabeth aircraft carrier are on course to begin later this month.

Preparations for four months of flight trials are being made as HMS Queen Elizabeth travels across the Atlantic for the first time from Portsmouth, UK to the Eastern Seaboard of the USA.

The aim of the flight trials is to use specially-equipped test aircraft and sensors around the ship to work out the operating parameters of the aircraft and the carrier itself in a range of conditions. The carrier has already conducted similar trials for helicopters.

During the exercise, scientists from the UK’s Defence, Science and Technology Laboratory (DSTL), will focus on operational analysis and gather data that will be used to inform future operational activity.

Tom, the operational analyst from DSTL who will be on-board HMS Queen Elizabeth during the trials, said, “I’m very much looking forward to the tasks ahead and hopefully witness the F-35 jets on-board and in action off the flight deck for the first time.

“In addition to providing analytic support to the carrier strike group and commanders, analysis will include looking at the way manpower use can be improved, from how efficiently the vessel can be cleaned to the sortie rates the fighter aircraft can carry out.

“Analysis at this level has never been done before, so we will be learning on task; helping to adapt and shape the way the ship will run come its first operational deployment in 2021.”

HMS Queen Elizabeth is one of two new aircraft carriers built for the Royal Navy with the second, HMS Prince of Wales, nearing the end of construction in Rosyth. Each carrier is capable of carrying 36 F-35Bs.