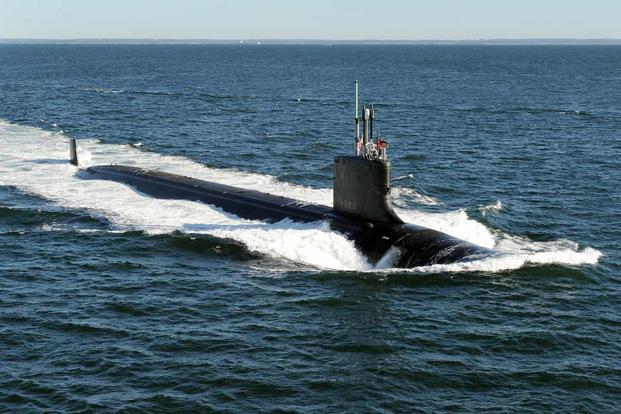 The ship began construction in 2013 and is scheduled to commission in early 2019. This next-generation attack submarine provides the Navy with the capabilities required to maintain the nation’s undersea superiority.

“South Dakota’s delivery is an important milestone,” said Capt. Chris Hanson, Virginia Class Program manager. “It marks the penultimate Block III delivery and will be a vital asset in the hands of the fleet.”

The submarine will be the third U.S. Navy ship to be commissioned with the name South Dakota. The first South Dakota (ACR 9) was a Pennsylvania-class armored cruiser. The ship served in the Pacific until the American entry into World War I, where it patrolled the South Atlantic operating from Brazil, and escorted troop transports destined for Europe.

During World War II, the second South Dakota (BB 57) was commissioned as the lead ship in its class. The four ships of the South Dakota class are considered the most efficient battleships built under the limitations of the Washington Naval treaty. South Dakota served in the Pacific and Atlantic as a carrier escort and patrolled the North Atlantic with the British navy. During the ship’s second tour in the Pacific, it helped to cripple the Japanese navy during the Battle of the Philippine Sea before helping to bombard shore defenses at Okinawa and preparing for an eventual invasion of the Japanese home islands.