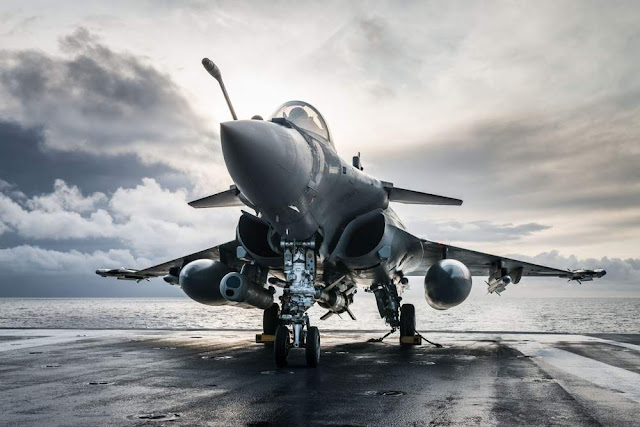 Boeing has pitched its FA-18 aircraft, while Dassault is building case for its Rafale jet

American aerospace giant Boeing and France's Dassault Aviation are among the four entities that have responded to he Indian Navy’s 'Request for Interest (RFI)' to provide 57 multi-role carrier borne fighters, industry sources said.

The other two are Sweden's SAAB and Rosoboronexport of Russia. While Boeing has pitched its F/A-18 Super Hornet, Dassault has briefed the navy on its Rafale. SAAB has offered the maritime variant of its Gripen single-engine fighter jet. Naval Chief Sunil Lanba confirmed the development. "We will examine the RFI and take it forward," he told this newspaper. The deal is valued over Rs 50,000 crore.

Sources say it is now mainly between Boeing’s FA-18 and Dassault’s Rafale, as the navy would prefer a twin-engine aircraft against SAAB’s single-engine Gripen. “While the navy did not specify a variant, there is a clear preference for a twin-engine model,” a senior industry executive said.

As it had earlier done a deal with the Indian Air Force (IAF), Dassault is seen as having an upper hand. The government signed an $8.7-billion deal with France last year for 36 Rafale warplanes for the IAF. Dassault, defence ministry sources say, has argued it makes sense to equip IAF and navy with the same platform, for better logistics, maintenance and industrial support. "It would help in cost control like manpower training, pilot training, simulators and make it easier to get spare parts,” sources said.

All the four companies refused to comment on queries sent to them.

“Dassault with joint venture partner Reliance has a Make in India proposal already in place and envisages all 57 aircraft to be delivered from its facility at Mihan (near Nagpur),” a company executive said on condition of anonymity.

The navy had on January 25 put out an RFI for the 57 fighter planes, giving manufacturers four months to respond. In the technical evaluation, the foreign companies had to answer queries on technical parameters, budgetary estimates, likely level of indigenisation, transfer of technology and schedule of deliveries after a contract is inked.