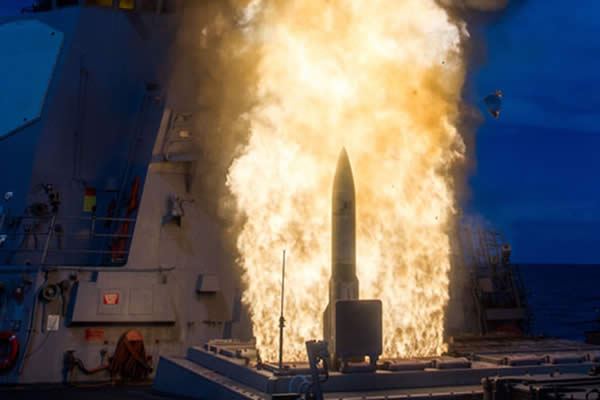 Raytheon is attending the June 19-25 Paris Airshow where it plans to make the announcement that it will restart the line that has been shut for about two years.

On Friday, the U.S. Department of Defense awarded Raytheon four contracts to sell a total of 280 SM-2 Block IIIA and IIIB missiles to the Netherlands, South Korea, Japan and Australia.

The deal could keep the Arizona production line open through 2035 because Raytheon anticipates more orders as the United States and its allies rebuild their inventories using the modernized production line, Lawrence told Reuters.

SM-2 missiles are often used to defend ships against anti-ship missiles and aircraft. They have a range of about 90 nautical miles.

The U.S. Congress would be notified shortly of the proposed Foreign Military Sales, Lawrence said. Congress must approve most major foreign weapons sales.

Delivery of the weapons could begin in 2020 Lawrence added.

The order will add to Raytheon's $36 billion order backlog. More than 41 percent of Raytheon's backlog was international customers at the end of the quarter reported in April.

(Reporting by Mike Stone in Paris; Editing by Edmund Blair) 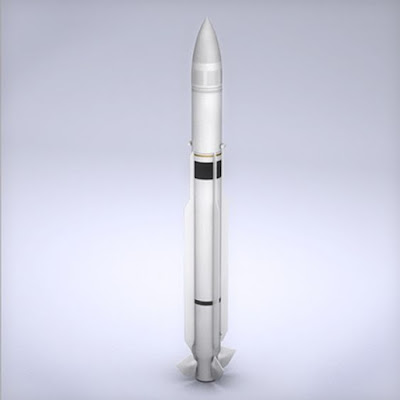 The RIM-66/67 Standard missile were developed as the replacement for Terrier, Talos and Tartar surface-to-air missiles. It is an all-weather, supersonic, ship-launched, medium to long-range fleet air defense missile providing defense for an entire fleet area. There are 5 major types of Standard missiles: the SM-1, SM-2, SM-3, SM-4 and SM-6. The SM-1, SM-2 and SM-6 are air defense missiles, the SM-3 is intended exclusively against medium/long-range ballistic missiles and the SM-4 is a land attack missile. SM-4 development remains uncertain. The baseline Standard, the SM-1 model, was a semi-active radar guided missile while late models incorporate advanced signals processing, GPS, IR-guidance system as well as other refinements. The Standard missile is operational in frigates, destroyers and cruisers of 14 navies all over the world. The First Standard missile was deployed by US Navy's surface ships in 1970.

The Standard SM-2 Block IIIB features the same RF guidance system of the IIIA plus a side-mounted active Infrared seeker. This dual mode guidance system is suitable against aircraft and missiles heavily protected by the latest ECM. It also provides an enhanced capability to counter low-flying targets beyond the line of sight. The Block IIIB can be applied as an upgrade kit to existing Standard Block II/III missiles. On May 4, 2006, the US Navy awarded Raytheon a $142 million contract for the production of Standard Missiles-2 SM-2 comprising 75 Block IIIB missiles and 80 Block IIIB conversion kits.

Source: deagel.com
Posted by Nawapon at 12:24