U.S. Navy Can't Figure Out Why F-18 Pilots Are Running Short of Oxygen 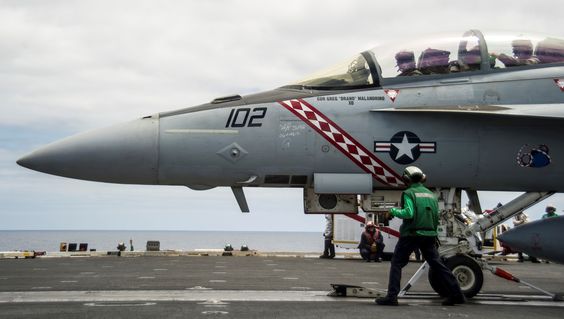 The U.S. Navy has yet to figure out how to fix oxygen deprivation and cabin pressure loss in its Boeing Co. F-18 aircraft -- a problem the service called “elusive” in a report released Thursday.

For more than a year, the Navy has been grappling with pilots suffering the potentially dangerous problems in the fighter jets.

All F-18 models, including the Super Hornet that President Donald Trump has
championed, have shown steady annual increases in what the Navy calls “physiological episodes,” or PE. Incidents of oxygen deprivation and cabin decompression have escalated in the last year, Navy data show. Officials have yet to determine the root cause of the in-flight problems.

“To date, finding a solution to the U.S. Navy and U.S. Marine Corps’ high performance jet aircraft PE challenge has proved elusive,” according to the report led by Admiral Scott Swift, Pacific Fleet commander. “The complexity of aircraft human-machine interfaces and the unforgiving environment in which aircrew operate will continue to generate PEs whenever systems do not operate as intended or human physiology is a factor.”

The Navy isn’t the only service dealing with the vexing issue of oxygen deprivation, known as hypoxia, and the F-18 isn’t the only fighter jet affected. Luke Air Force Base in Arizona last week grounded all of its F-35 planes because pilots there experienced hypoxia.

Calling the number and severity of F-18 physiological events “unacceptable,” the report said the Navy views this problem as its No. 1 safety priority.

As a result, the report recommended that the Navy create a single organization dedicated to the problem. Other recommendations include redesigning aircraft systems to meet oxygen generation technical requirements and improving the reliability of the entire environmental control system including components, inspections and training.

The integration of the on-board oxygen generation system (OBOGS) in the FA-18 fighter and the T-45 training aircraft “is inadequate to consistently provide high quality breathing air,” according to the report. “To varying degrees, neither aircraft is equipped to continuously provide clean, dry air” to the oxygen generation system, resulting in contaminants entering the crew’s breathing air and potentially inducing hypoxia. Hypoxia is a deficiency in the amount of oxygen reaching the body’s tissues.

Cobham Plc. builds the concentrator, which generates breathable oxygen for the pilots. It’s part of the planes’ environmental control system. That system is plagued by “aging parts, inadequate testing methodologies and numerous other factors” that can cause decompression sickness, according to the report. Decompression sickness occurs due to cockpit depressurization at altitude and the resulting formation of nitrogen bubbles in the body’s venous system and other organs.

“Root causes remain unidentified” for the physiological events which result from “multiple interrelated potential causal factors,” according to the report. “While the increased number and severity are concerning, aircrew expressed confidence in the safety of the aircraft and in the efforts being pursued to prevent future PEs,” the report said.

High-performance U.S. military aircraft that fly at high altitudes have run into such episodes before. In 2012, the Air Force had to track down a mystery after at least a dozen pilots flying Lockheed Martin Corp.’s F-22 Raptor fighters became dizzy and disoriented. The service eventually determined a valve that regulated oxygen flow into the Raptor pilot’s pressure vest was too weak to prevent the vest from inflating unnecessarily and restricting the pilot’s ability to breathe.

The newest versions of the F-18 -- the Super Hornet and the Growler, which is tailored to jam an adversary’s electronics --“appear to have challenges in regards to hypoxia,” according to a memo on the problem written by the staff of the House Armed Services committee.

Older versions of the plane, the A through D models, have problems with cabin pressure.

The rate of reported occurrences of the physiological episodes per 100,000 flight hours almost doubled in the year ended Oct. 31 from the previous year on older F-18 models. They doubled on the newest Growlers and increased 11 percent for the newer Super Hornet.

That resulted in 45 instances for the Super Hornet versus 39 the previous year, according to Navy statistics obtained by Bloomberg. The trend continued in the three months since Nov. 1, with nine incidents reported by Jan. 31 during 28,600 hours of flying. 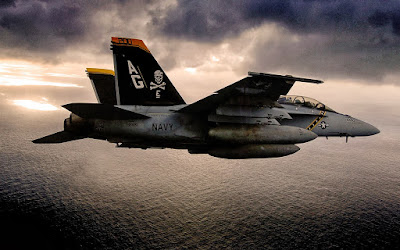 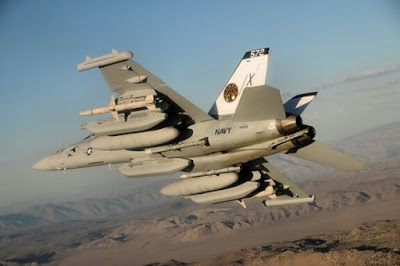