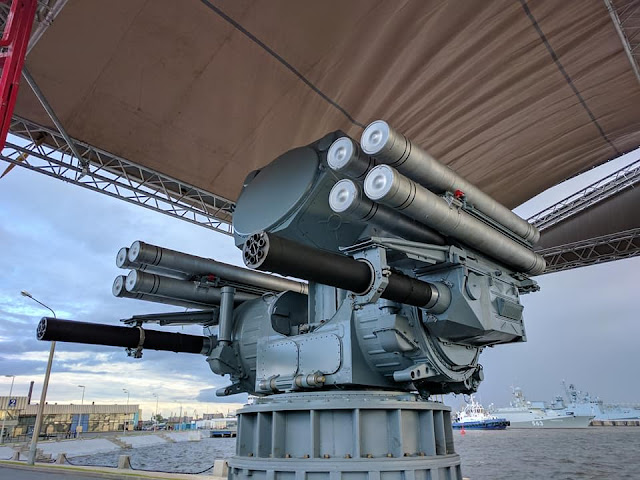 "Now the seaborne Pantsyr will undergo the entire set of tests. We have actually already installed it on the experimental model, on the Molniya," he said at the 8th International Maritime Defense Show in St. Petersburg, adding that the trials were being held in the Black Sea.

Shlyakhtenko earlier said that the seaborne Pantsyr would be mounted on Project 22800 Karakurt-class small missile ships. "The plans have not changed. It [the Pantsyr] will be installed on them," the design bureau chief said.

High Precision Weapons Group CEO Alexander Denisov earlier said that the trials of the Pantsyr-ME complex were planned to be completed in one or two years and the Russian Navy had already ordered this system.

Project 1241 missile boats are a series of large missile boats built at Soviet shipyards in 1979-1996. They are operational in the Russian Navy and the navies of other countries.

The latest seaborne missile complex has been developed by the Tula design bureau of instrument-making, the press office said.

"The creation of actually each of the complex’s basic systems has prompted a principally new scientific and technical solution. As a result, the striking potential of the Pantsyr-ME complex increased three-four-fold compared to the Kashtan-M complex. Specifically, the range of the air defense missile’s strike has been increased from 10 to 20 kilometers and its altitude from 3 to 15 kilometers," Rostec CEO Sergei Chemezov was quoted by the corporation’s press office as saying.

All the stages of combat performance, from the search for targets to firing, are implemented in motion, he said.

"The combined use of the radar and optical control system provides for the complex’s round-the-clock operation in any weather conditions. All of the complex’s processes are automated and the crew provides only surveillance and control," he said.

The use of the multi-functional radar with a phased antenna array and an antiaircraft missile with a 20km firing range in the Pantsyr-ME’s combat module allows engaging four targets at a time and destroying new types of modernized anti-ship missiles and small-size air attack weapons and surface targets. The complex can be mounted on warships displacing from 300 tonnes, the press office said.

"The development of the new Pantsyr-ME complex ensures reliable protection of warships against air attack means with the unconditional probability practically equal to 1, including against low-flying anti-ship missiles and remotely-controlled aircraft," the corporation said.

"The main specific feature of the complexes developed by the instrument-making design bureau is that they can attack targets with missile armament first and then with an anti-ship missile in the antiaircraft missile’s dead zone, if the target has not been destroyed for some reasons or has been insufficiently destroyed," the corporation’s press office reported.

Rostec CEO Sergei Chemezov earlier said that the development of the Pantsyr-ME seaborne air defense missile/gun system had been completed and the complex had been launched into serial production.

The Pantsyr-ME is the shipborne version of the Pantsyr family of air defense missile/gun systems. The system’s version for the ground forces is called Pantsyr-S. 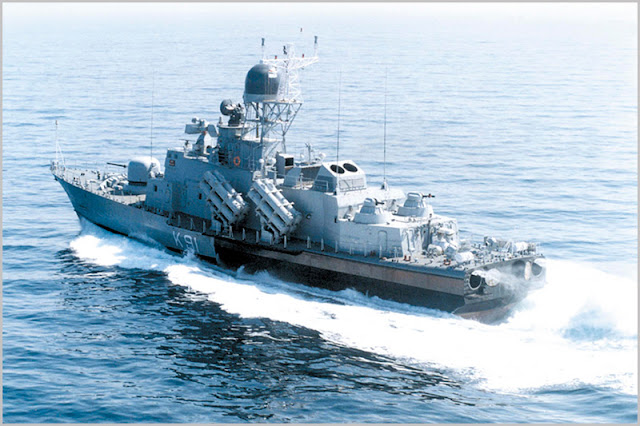 Pantsir-ME is in full-scale production and shall be presented at St.Pete's IMDS-2017 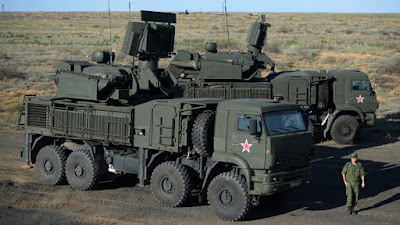 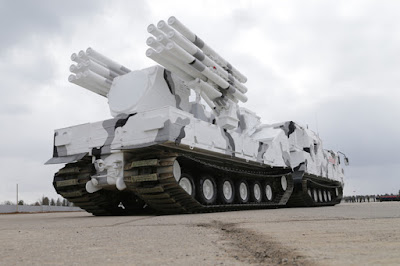 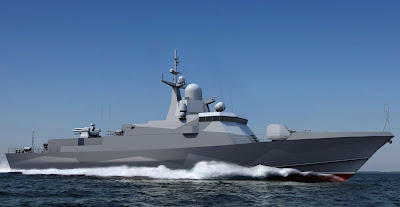