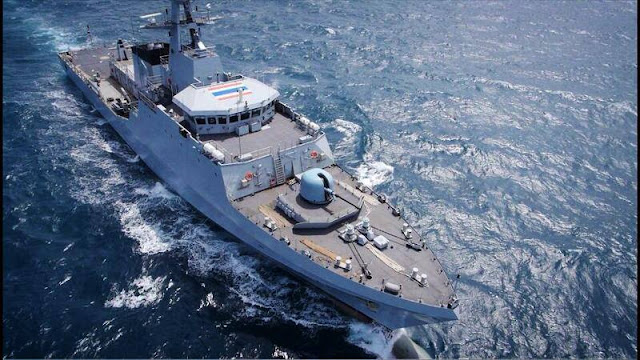 The Royal Thai Navy (RTN) has laid down the keel for its second 90 m offshore patrol vessel (OPV), which it is building in collaboration with BAE Systems.

The keel laying ceremony was held on 23 June at the RTN’s Mahidol Adulyadej Naval Dockyard in Sattahip, Chonburi, a facility managed by state-owned company Bangkok Dock.

The OPV, based on BAE Systems’ River-class platform, is scheduled to be launched in 2018. The RTN’s first OPV, HTMS Krabi , was commissioned in August 2013 and also built at the Mahidol Adulyadej dockyard through co-operation with BAE Systems.

Jane’s understands that the RTN has a total requirement for six OPVs of the type.

The RTN acquired the design of the OPV from BAE Systems in 2009, with the UK group also signing a contract to support the construction of the second OPV in February 2016.

At the keel laying ceremony, the RTN said that the building of the second OPV will consist of two phases and have a total budget of THB5.5 billion (USD170 million).

Phase one runs from 2015 to 2018 and is allocated THB2.85 billion. It includes the construction of the platform, and the procurement of machinery, materials, logistics support, and technical services. Phase two – allocated THB2.65 billion – includes the procurement of command, surveillance, and weapon control systems and stretches from 2016 to 2018.

The OPV, which has an overall beam of 13.5 m, a draught of 3.5 m, and a top speed of 25 kt, will be fitted with a combat, navigation, and communication suite provided by Thales and Boeing’s Harpoon surface-to-surface guided weapon system.