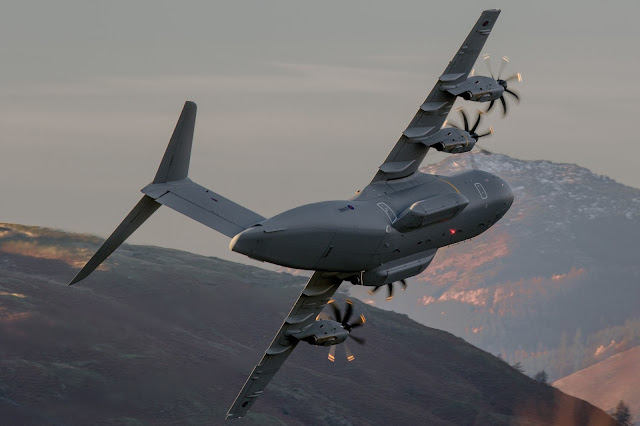 PARIS --- Airbus will cut back the production rate of its A400M military transport aircraft in the coming years to absorb excess “inventory at plant level,” a company spokesman confirmed Jan. 3.

Airbus will produce 15 A400Ms in 2018, and just 11 in 2019, “in order to optimize long-term programme planning and ensure a sustainable future for the A400M, taking into account different factors such as inventory recovery, allowing more time for export sales and capability development,” the spokesman said in a Jan. 3 e-mail.

The production cutback will not necessarily impact delivery rates, which are being negotiated with OCCAR, the European defense procurement agency, and the partner nations.

Despite the increased deliveries in 2017, and the fact that the most recent aircraft are able to perform the in-flight refueling mission, the A400M program remains in what the company calls a “highly challenging” state.


As of Oct. 31, when it issued its 3rd quarter financials, Airbus described prograss on the A400M thus:

“Twelve A400Ms were delivered compared to 11 aircraft in the first nine months of 2016. The operational and commercial assumptions that were retained in 2016 remain the management’s best current assessment. However, in the meantime, production levels were adjusted to absorb inventory with delivery schedules still in discussion with customers. Development activities continued toward achieving the revised capability roadmap. However, achievement of the contractual technical capabilities and associated costs remain highly challenging. There are also challenges remaining on securing sufficient export orders in time, on cost reductions, industrial efficiency and commercial exposure, which could all impact the programme significantly. Discussions to de-risk the A400M programme are ongoing with the Nations and OCCAR.”


In its first-half financial statement issued on July 27, Airbus said it had delivered eight A400Ms during the first half, “compared to five aircraft in the first half of 2016.”

Some progress has been achieved, however. Announcing the production rate cutback to the Spanish media on Dec. 24, Airbus Spain chief executive Fernando Alonso said that the A400M will be easier to sell “now that it has overcome the initial engine problems.”

Airbus also must upgrade the non-compliant A400Ms it delivered to the partner nations. To date, it has delivered a total of 56 A400Ms.