The "Kronstadt", the first serial production of the project 677 (code "Lada") to be transfered to the Russian fleet in 2019 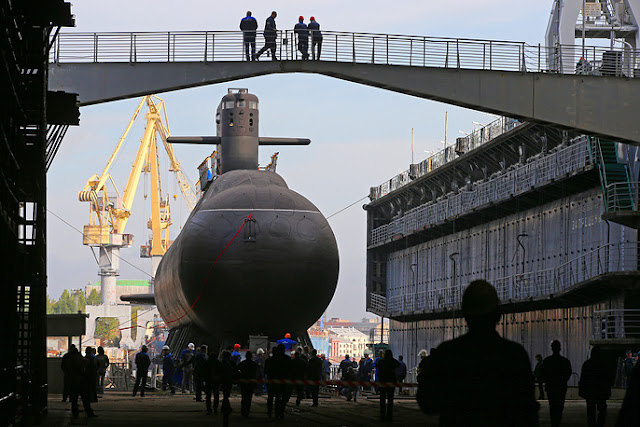 
"Kronstadt", the first serial submarine of the project 677 (code "Lada"), plans to transfer the fleet in 2019. This was announced on Thursday, September 20, by Director General of the Central Design Bureau of the MT "Rubin" Igor Vilnit at the ceremony of launching this submarine to the water. The words of the designer from the scene of the events are reported by Mil.Press FlotProm.


"The third submarine of the project 677 Velikie Luki will be surrendered in 2021," said Alexander Buzakov, general director of the Admiralty Shipyards leading the construction of this series.

Head DEPL project 677 " St. Petersburg " was laid on the "Admiralty Shipyards" as early as December 26, 1997. The launch took place on October 28, 2004. In December 2005, the first stage of sea trials was completed, but the further schedule was removed due to subcontractors. The transfer to the fleet was planned for 2006, but first it was postponed to December 2007, and then to May 2010 at all. Since 2010, the submarine is in trial operation, which was planned to be completed before the beginning of 2017, but it continues to this day.