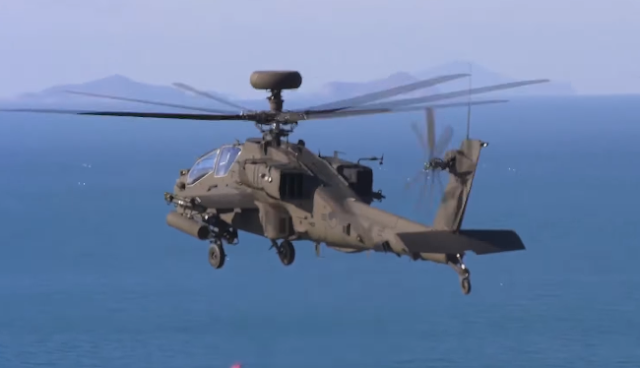 SEOUL — The fire control radars on the South Korean Army’s AH-64E Apache Guardian helicopters are unable to properly detect enemy targets due to software glitches and the absence of a naval detection capability, according to the Defense Acquisition Program Administration.

Six of the 36 Boeing-built AH-64E helicopters, bought via the U.S. Foreign Military Sales route, are fitted with the Lockheed Martin-developed Longbow fire control radar. The nose-mounted sensor suite for target acquisition is known for its ability to simultaneously detect 128 targets up to 12 kilometers away with precision.

However, during an air assault operational test held between last October and November, the radar failed to properly recognize the number of targets, as it mistook four designated targets for 101 targets, according to a DAPA report to Rep. Lee Jong-myung, a lawmaker of the main opposition Korea Liberty Party.

During a test over water, the radar failed to detect any target.

“The main purpose of acquiring these Apache attack helicopters was to help detect and thwart a possible infiltration by North Korean high-speed boats or hovercraft into the western coast of border islands,” said Lee, a member of the National Assembly’s Defense Committee. “Without a proper operational capability of the radar, however, it could not be fully operated for such missions.”

The legislator also noted the Apaches would be limited in the transfer of battlefield information to ground forces because its data link communications devices, such as Link-K, are still under development.

The Army has requested the DAPA fix the radar in consultation with the U.S. Army, said the agency’s spokesman Kang Hwan-seok.

“We’ve got a response from the U.S. Army that they could upgrade the software of the fire control radar in line with the service’s ongoing upgrade effort of the existing AH-64 Apaches,” he said. “But a naval detection device should be added to the existing radar system, probably on a paid contract basis.”

The South Korean Army operates two battalions of 36 AH-64E Apache Guardian attack helicopters, which had been acquired under a 2013 FMS deal valued $1.6 billion. The fleet has been fully operational with the Army’s aviation command since December.