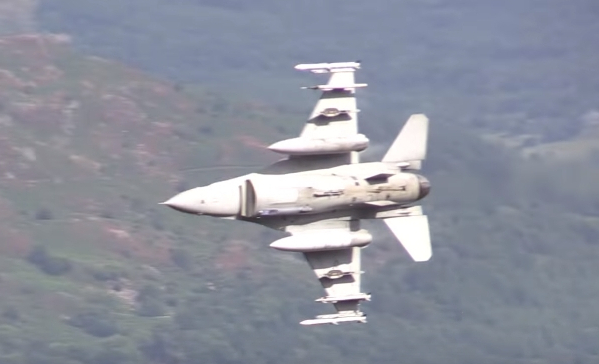 Taiwan’s Air Force now expects to take delivery of its first batch of four revamped F-16s by the end of the year. These planes are built around the latest F-16V standard of the all-weather, multi-role supersonic fighter series made by Lockheed Martin.

Taiwan shelled out about NT$129.6 billion (US$4.21 billion) in January 2017 on the Phoenix Rising Project to get the Maryland-based defense juggernaut upgrade for its fleet of 143 F-16A/Bs to the latest V configuration, which are dubbed V for “Viper.”

The Diplomat reported earlier this year that delays in software testing in the US had reduced the number of the initial upgrades from 10 to four. The first F-16 fighter jet in its V configuration from Taiwan’s Army took flight in Fort Worth, Texas, in 2015.

The island’s defense ministry wants the first F-16V squadron to be combat-ready by no later than 2019 to form a bulwark against the armada of Chinese bombers and spy planes that pierces the island’s airspace almost on a daily basis.

The island’s remaining F-16s are to be upgraded in separate batches of 20 to 24 per year in the central city of Taichung, in joint collaboration with Taiwan’s state-owned Aerospace Industrial Development Corp, Lockheed Martin’s local partner on the island.

Some of the aircraft will also be flown to Texas for retrofitting.

With a set of standards and specifications that can be retrofitted to suit and upgrade most in-service F-16s, the F-16V configuration features advanced avionics including an active electronically scanned array fire-control radar, new modular mission computer, electronic warfare suite, automated ground collision avoidance system as well as at least twice the situational awareness capability of the F-16A/B.

The upgraded fighters will also have a helmet-mounted cue system linked to the AIM-9X Sidewinder heat-seeking missiles, giving pilots the ability to “see and shoot,” according to available specification of the latest variant.

The new radar will enable Taiwan’s F-16s to detect and engage stealth aircraft including the Chinese Air Force’s J-20 fighters, according to the island’s former defense minister Feng Shih-kuan.

Other advanced weapons the F-16V is rated to carry and are likely to be included in future US arms sales are the AGM-154C joint standoff weapon – or glide bomb – and the AGM-88B high-speed anti-radiation missile.

IHS Jane’s has also noted that based on a 75% operational rate as well as maintenance and/or other life cycle support, Taiwan’s Air Force would have 79 F-16A/Bs operational at any given time for the duration of the upgrade.

Taiwan initially wanted to procure 66 new F-16s, but Barack Obama decided against it in 2011 and offered instead an upgrade to avoid a major rift with China. The Trump administration could revisit this decision.