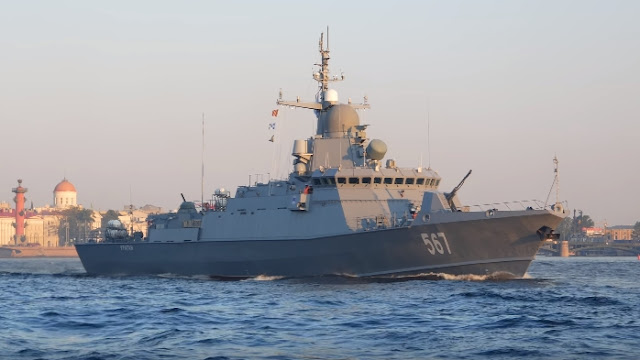 
Navy may pick up Karakurt corvettes from Russia

Guided missile corvettes from Russia might soon make their way to India, with Russia looking to export its Project 22800 corvettes, code-named ‘Karakurt’, armed with the Kaliber missiles, to countries in the Asia-Pacific region. Apart from India, the corvettes could also be shipped to Vietnam and China.

Russian Deputy Prime Minister Yuri Borisov told local media that the Indian Navy could soon get the warships armed with the lethal Kaliber land attack cruise missile that is capable of hitting the enemy 2,500 km away.

At present, Kora-class corvettes are in active service with the Indian Navy. Four vessels were built at the Garden Reach Shipbuilders and Engineers and outfitted at Mazagon Dock Limited in Mumbai. The Navy is looking to acquire seven new-generation guided missile corvettes at a cost of $2 billion to replace its Russian 1241-RE missile boats. Several European and Russian shipyards have been eyeing the contract.

Terming the Project 22800 ships “very successful”, Borisov said the vessels have a big tonnage and large displacement, and are well-armed. “Ships of this class could be of interest to India, China, or Vietnam, along with other countries,” he added.

Incidentally, the Russian Navy itself is set to take delivery of the new corvettes.

Terming them good export potential, Borisov said the first three vessels of Project 22800 corvettes were being built at the Eastern shipyard, and have already generated interest from friendly navies.

The Project 22800 corvettes are a series of Russian artillery missile vessels developed by the Almaz Central Maritime Design Bureau. They feature a maximum displacement of 800 metric tonnes and a maximum speed of 30 knots.

The corvettes are being built to renew the Russian Navy’s fleet which is due to receive 18 of the small-sized Project 22800 ships, including the first two this year. The maiden ship was commissioned last July and is undergoing sea trials at the Pella shipyard on the Neva River. The vessels are armed with high-precision missiles and modern artillery systems.

The Karakurt-class corvette, which derived its name from the black widow spider, has been designed as a blue-water upgrade of the Buyan-M class missile boats currently deployed by Russia’s Caspian Flotilla and Black Sea Fleet.

Related articles:
Russia may export Project 22800 corvettes Karakurt to Vietnam, China, India and other countries of the Asia-Pacific Region