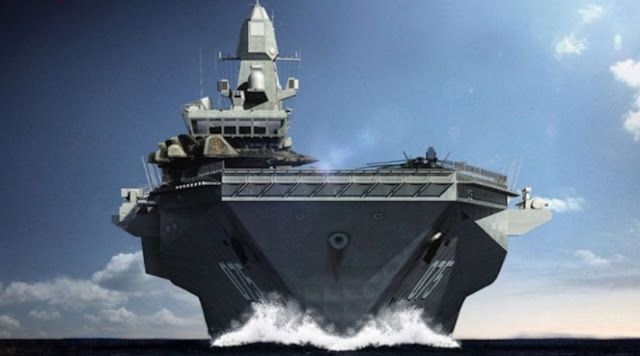 
According to the Chinese edition of "Phoenix" , Russia plans to purchase weapons from  China . At the last military-technical forum "Army-2018" Podnebesnaya presented a model of a new frigate, which reminds the French "Mistral" and is intended for deliveries to Russia. In the conditions of aggravation of relations with the West, Moscow is turning to the East, and Beijing is launching new ships.

August 21 at the opening ceremony of the international military technical forum "Army-2018", organized by the Ministry of Defense of Russiain the suburban Kubinka, China demonstrated samples of the latest weapons and military equipment, including the main battle tank VT-4 and VT-5, a modern 155-mm artillery system of the PLZ-52 model, anti-tank missiles HJ-12. The Russian public was also presented with samples of combat, logistic and communication equipment produced by more than 10 Chinese companies that took part in the event. One Chinese shipbuilding company at the forum presented an export model of the 054A frigate, called 054AE, as well as mock-ups of a universal landing ship and a ship intended for use in coastal areas. In short, China managed to demonstrate samples of large military equipment, in which Russia can be very interested in import.

Having become acquainted with the Chinese exposition, one can discern its obvious focus on Russia. Firstly, it is an export model of the frigate 054AE, where the letter E at the end, as it were, hints that this model was modified specifically for Russia ("Russia" in Chinese begins on E-óluósī - ed.). Participating in the Russian-Chinese exercises "Marine interaction-2017" frigate 054A proved to be the best and attracted the attention of the Russian side with its excellent appearance and advanced functionality. According to Russian military experts, the fleet is in urgent need of modernization, and frigate 054A can save the situation.

Secondly, it is a new export model of the universal landing ship, displacement of 20 thousand tons, at first glance, a bit reminiscent of the French "Mistral". Everyone knows that due to the deterioration of relations between Russia and the United States, France has not sent out the already constructed Mistrals of Russia, but resold them to Egypt, depriving Russia of the chance to strengthen its forces at sea. Russia has long lost the ability to produce large ships, until now had no opportunity to provide the fleet with such ships on their own, they had to buy them from other countries. This chance was not slowed to take advantage of China and presented at the forum models of ships, which Russia so badly needs. According to reports, China has already produced four universal assault landing craft model 075, displacement of 40 thousand tons.

Third, multifunctional infrared thermal imagers, whose export to Russia is the most promising. Even before the deterioration of relations with the West began, most of the infrared devices for military equipment were bought by Russia in France. Now the supply of infrared equipment is prohibited. China has thoroughly taken up the development of this area and soon made a technological breakthrough in it, improving the quality of the manufactured infrared devices for military equipment to the western level. So almost all infrared devices installed on Russian tanks, military helicopters and reconnaissance vehicles were manufactured in China and saved the situation after the ban on supplies from France.

According to analysts, the military-technical forum "Army-2018" is an excellent opportunity for Russia to get acquainted with Chinese military technologies, which became especially important in the context of Western sanctions and worsening opportunities to provide materially for their army. The purpose of the Chinese military enterprises, which presented frigate 054A, a universal landing craft and infrared equipment at the forum, was not the sale of the goods. The main goal is to expand cooperation in the field of defense with Russia, which has fallen under Western sanctions, and the presented models of technology to that confirmation. The Chinese side is full of hope that military cooperation between the two countries will become bilateral in the future. 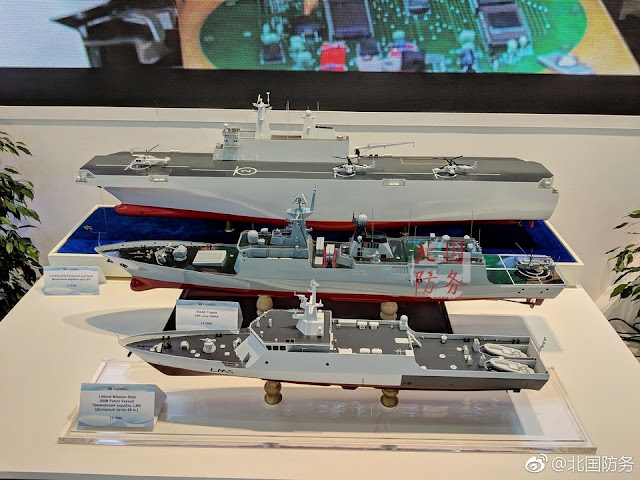