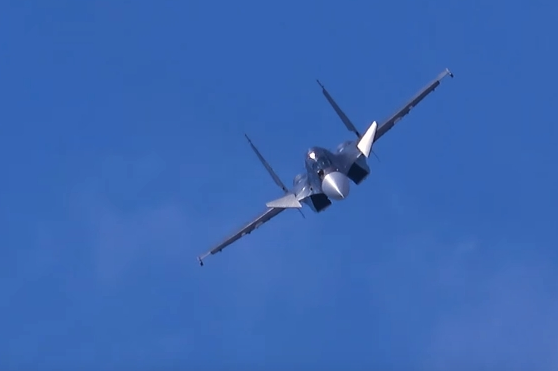 
Until the end of the year, the Ministry of Defense will purchase at least 36 Su-30SM fighters

At the end of 2018 the Russian Defense Ministry can be purchased as part of a three-year contract at least 36 multi-role fighters Su-30cm for the aerospace and air forces of the Navy production Irkutsk aviation plant (IAP, is a controlled by the United Aircraft Corporation ( OAK) corporation "Irkut"), the interlocutor in the aircraft industry informed Vedomosti and confirmed the person close to the Ministry of Defense. According to him, the contract value will be about 70 billion rubles. On Tuesday, in an interview with Vedomosti, UAC President Yury Slyusar said that the contract for fighter of this type planned for signing in 2018 "will ensure the loading of the IAZ in the coming years at the level of 12-14 cars per year". In addition, according to Slyusar, the Su-30 has good export prospects: "The aircraft are sold in a large number of countries and, we hope, will be sold more."

In total, since 2012, the Ministry of Defense has contracted 116 Su-30SM fighters based on the Su-30MKI fighter developed for India. 88 vehicles were ordered for VKS and 28 for naval aviation of the Navy, and their deliveries under existing contracts would be completed in 2018. In addition to India, such vehicles were also exported to Malaysia, Algeria, Kazakhstan, and in the future, these aircraft can be delivered to Myanmar and Belarus.

In August 2017, Kommersant reported that the Su-30SM production will be almost completed by 2022, after which IAZ will develop the production of passenger airliners МС-21, but to load the plant by 2020, the UAC needs an order for 100 cars, including 50 for export. Taking into account the planned contract with the Defense Ministry this year, as well as possible supplies to Kazakhstan, Myanmar and Belarus, the amount of 100 cars is not recruited, but in general, there may be enough orders to maintain production until 2022, suggests a man close to the Defense Ministry.

Su-30MKI fighters began to form on the Indian order 22 years ago, and no one could then assume that the machine will retain the potential market for such a long time, expert says the Center for Analysis of Strategies and Technologies, Konstantin Makiyenko. However, this multifunctional fighter is still a modern car, the expert emphasizes. It should be noted that the contract in the case of its conclusion will be one of the largest contracts in the Ministry of Defense in 2018 - the first year of a new state armaments program until 2027 In addition it is known yet about a comparable amount of the contract - for the repair and modernization of the aircraft carrier "Admiral Kuznetsov ", whose cost, as reported by Interfax in May 2018, is 60 billion rubles. In the first years of the previous state program of armaments for 2011-2020. 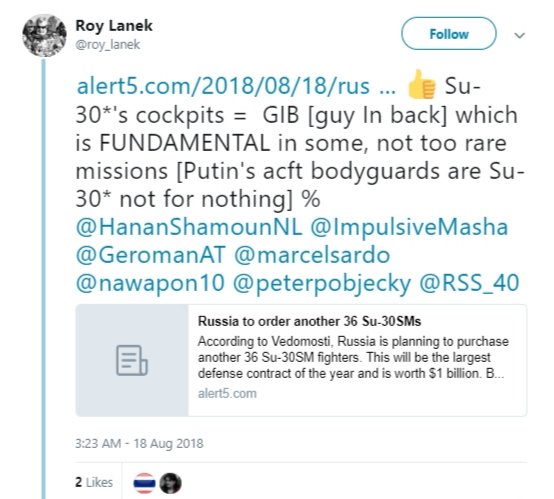