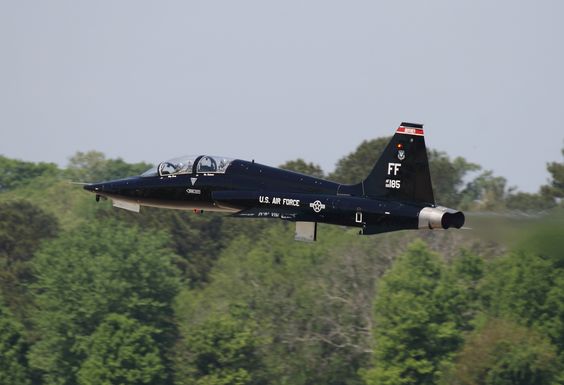 WASHINGTON – With the U.S. Air Force having received final bids from industry, the service is now poised to award a contract for its 350-plane next-generation trainer fleet in just a few weeks.

An Air Force official, speaking on background, said the service expects to award the contract by the end of the fiscal year — in other words, before Sept. 30. Many have speculated that the days before the Air Force Association’s annual conference, being held Sept. 17-19 outside of Washington, would be a potential time for an announcement to come.

However, a source with knowledge of the situation said the current plan is to make the announcement after AFA concludes, likely the week of Sept. 24. If true, it could create an awkward environment at the event, where senior leaders will have to duck commenting on the soon-to-come T-X winner.

Three industry teams have submitted bids for the T-X competition, with an estimated price tag of $16 billion over the life of the program. Boeing and Swedish aerospace firm Saab have developed a new, clean-sheet design; Lockheed Martin and Korea Aerospace Industries are offering the T-50A, a take on KAI’s T-50 jet trainer; and Leonardo DRS is offering the T-100, a modified version of the Italian aerospace company’s M-346.

The contract represents more than just 350 jets, although that alone would make it one of the biggest U.S. Air Force programs in years. Whichever contractor captures the USAF market may have the inside track on a number of future trainer competitions around the globe, particularly among countries looking to buy the F-35 Joint Strike Fighter. In addition, if the U.S. Air Force decides to purchase aggressor aircraft for live-flying training, something that has been discussed on and off in recent years, simply buying more T-X trainers would be a logical solution.

The contact has been a long time coming, and the contest has been filled with twists and turns.

The service has for years sought to replace its aged T-38 jet, which ended production in the early 1970s and has served as the primary training plane for fighter pilots for decades. However, other priorities and sequestration-related budget caps saw the T-X campaign pushed to the right; while companies began announcing their entries for the competition as early as 2010, it wasn’t until 2015 that the service revealed its actual criteria.

At this point last year, the Air Force was still pledging to announce a winner by the end of calendar 2017. That projected award was pushed to March, and then to the end of the fiscal year.

The expected winners have shifted over time as well. Around 2013, the conventional wisdom was that either Leonardo or the BAE Hawk, teamed with Northrop Grumman, would be the winner, as the service was looking for an off-the-shelf solution that has already been proven in service elsewhere. Boeing’s idea of a clean-sheet design was seen as a longshot, due to the associated costs and timeline.

However, that view shifted to the point that in 2015, Northrop and BAE scrapped plans to offer the Hawk and instead developed a new clean-sheet design of their own; the companies ultimately dropped out of the competition entirely in February of 2017. Meanwhile, the T-100 team struggled, with original partner General Dynamics dropping off the project in March 2015. GD was replaced by Raytheon in February 2016, but quit less than a year later.

Other competitors, including Textron AirLand’s Scorpion jet and a team-up between Turkish Aerospace Industries and Sierra Nevada, have come and gone, leaving only the three remaining competitors. Of those, industry analysts largely agree the winner will be either the Lockheed/KAI team or the Boeing offering.