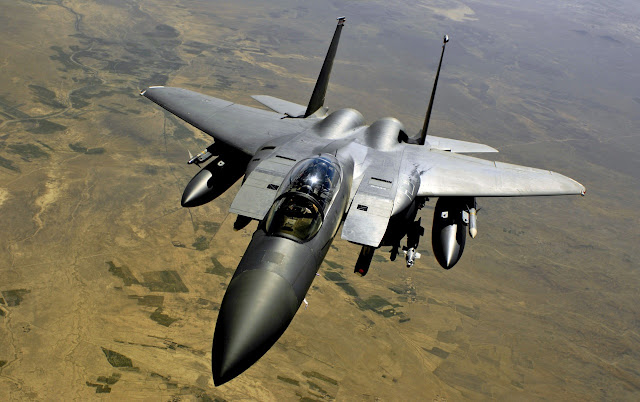 Boeing has begun production of the first of 36 F-15QA (Qatar Advanced) Eagle combat aircraft that were signed for in December 2017.

The Qatari Ministry of Defence (MoD) disclosed the launch of production in a Tweet posted on 3 August that showed senior government ministers touring the line in St Louis, Missouri, and signing the first aircraft parts.

Neither the MoD nor Boeing has said when deliveries will begin, but it has been disclosed that they will run through to the end of 2022.

The Advanced Eagle is the latest variant of the Boeing-made fighter that has also been ordered by Saudi Arabia as the F-15SA.

Related articles:
US announces sale of F-15 fighter jets to Qatar
Qatar buys 36 F-15QA for $12 billion
US-Qatar fighter jet sale worth $21B in middle of diplomatic crisis
Qatar to buy 72 F-15 fighter jets
US approves Kuwait & Qatar Deal Putting Boeing Fighter Jet Production Into the 2020s
US Allows Qatar to Buy F-15s – and Seals a $19B Sale of Jetliners
How Boeing Saved Its Fighter Jet Business