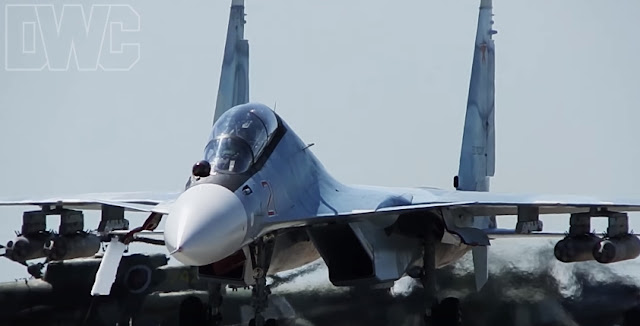 Russian Su-30SM fighters will equip the newest stations of electronic suppression of SAP-518. This decision was made by the Military Space Forces (VCS) following the results of the study of the Syrian experience. These systems are able to protect aircraft from anti-aircraft and aircraft missile systems. They interfere with the means of homing, knocking down missiles from the trajectory. According to military experts, such complexes will significantly increase the survivability of Russian fighters.

As Izvestia was told in the General Staff of the VCS, the results of the operation in Syria decided to equip all multipurpose Su-30SM fighter jets with the SAP-518 jamming stations by the end of 2018. This system is being used as part of a large-scale modernization and technical re-equipment program for the fleet of aircrafts.

The station of active jamming of individual protection SAP-518 was created by the Kaluga scientific research radio engineering institute. It is designed to protect the aircraft from destruction by modern and prospective surface-to-air and air-to-air missiles. The system is especially effective against missiles with active radar homing systems. It also creates active interference to radar stations (radars) of aircraft, ground and ship air defense complexes.

When creating the SAP-518, the latest achievements in radio electronics were applied, including powerful broadband active antenna arrays. SAP-518 is housed in two suspended containers, which are installed on the wings of the aircraft. In one container there is a receiver for determining the frequency of the radiating signal. In the second - the device of digital radio frequency memory with a transmitter for the formation of a signal of interference.

SAP-518 allows you to select the most dangerous targets and to formulate optimal programs for their effective suppression. The device uses the so-called digital radio frequency memory (HDR) technology. Multichannel memory devices are able to receive and store copies of hundreds of radio frequency signals. Therefore, the HDI is capable of generating false goals that are difficult to distinguish from the real ones. Simulated signals are in fact radio portraits of various types of purposes. In fact, the HDR is engaged in disinformation of the enemy. As a result, he is forced to spend significant resources on tracking false goals, which significantly reduces the effectiveness of guidance systems.

The installation of advanced radio-electronic suppression stations on the Su-30 will greatly increase the survivability of the aircraft in the areas of air defense systems, the military expert Aleksey Leonkov told Izvestiya.

"The main purpose of SAP-518 is the individual protection of the aircraft," Aleksey Leonkov said. - The system works on the principle of anti-radar. That is, it constantly produces distorted information to the enemy locators: it reflects the signal with a delay, confuses the measurement of the range to the object, speed and angular position. This prevents the radar from detecting targets, determining their parameters and generating the necessary data for weapons systems.

The Su-30 is a Russian multipurpose fighter of the 4+ generation. On aircraft of this type, the concept of the use of powerful EW assets is being worked out. Combat experience of EW modules for Su-30 showed the possibility of neutralizing not only individual fighter radars, but whole air defense complexes under the control of integrated systems. 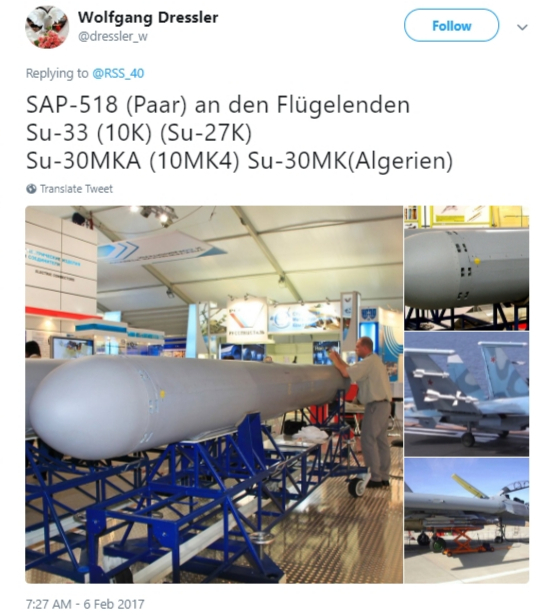 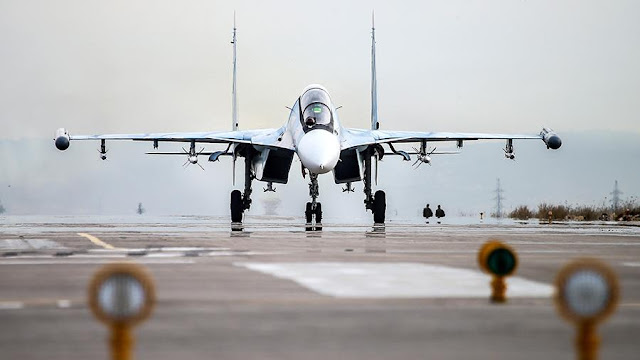 The Khibiny-U is the next-generation modification of the onboard defense system with expanded capabilities by the frequency band, the range of targets and other parameters, he said.

A contract with Russia’s Defense Ministry for developing the Khibiny-U onboard electronic warfare system was signed at the MAKS aerospace show outside Moscow in 2013. It was reported that the contract for carrying out R&D work to develop the fighter jets’ defense system against surface-to-air missiles and conducting all types of trials was worth 1.6 billion rubles ($28 million at the current exchange rate).

The onboard defense system comprises integrated technical means designed to identify and classify the threat of the protected object’s destruction, and also to neutralize it. Source: tass.com