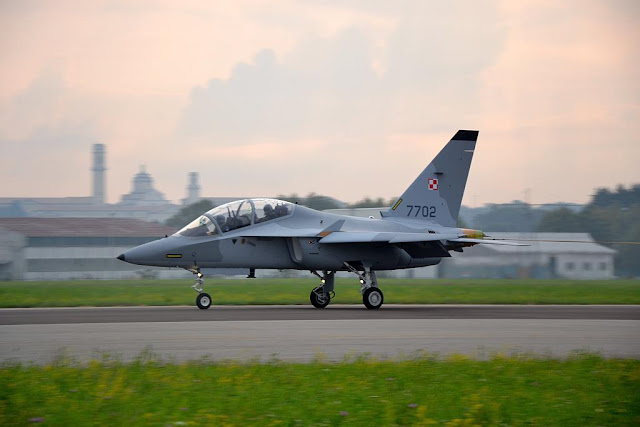 
The option, valued at approximately 130 million euro, also includes a support package as well as an upgrade of the entire M-346 fleet to the NATO STANAG 4193 Edition 3 IFF standard developed by Leonardo. With this decision, the Polish Air Force will complete its lead-in-fighter training fleet modernization with deliveries within 2022.

Alessandro Profumo, Leonardo’s Chief Executive Officer, declared: “Today, Leonardo and the Armament Inspectorate of Polish Ministry of National Defense have taken an important step together towards modernizing the Polish Air Force. We are very proud to have the Polish Air Force’s complete trust, reinforcing our close partnership with Poland.”

Lucio Valerio Cioffi, Leonardo’s Aircraft Division Managing Director, stated: “With a comprehensive training system including a fleet of 16 M-346s, the Polish Air Force will have an outstanding, state-of-the-art training environment for its next generation of pilots.”

With more than 50 years of experience in the training sector, Leonardo offers the most advanced training solutions as well as a significant cost reduction of up to 50% for an Air Force Cadet to qualify as combat ready on a latest-generation fighter.

This announcement further strengthens Leonardo’s presence in Poland where it has 3000 highly-skilled employees at its PZL helicopter site in Świdnik. Leonardo has a long standing collaboration with Polish Armaments Group (PGZ) which includes the Rosomak programme for the Polish Army providing the 30 mm Hitfist Turret in addition to supplying several defense systems like the ground segment for the COSMO-SkyMed earth observation satellites, early warning radar and coastal surveillance systems contributing significantly to Poland’s security.