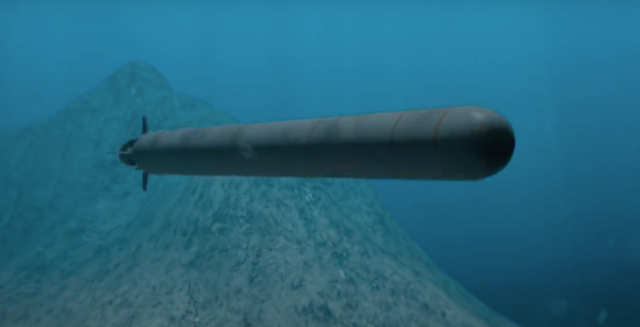 MOSCOW, December 25. /TASS/. Russia has launched the underwater trials of the Poseidon nuclear-capable strategic drone whose development was unveiled by Russian President Vladimir Putin in his state-of-the-nation address to both houses of the Russian parliament, a source in the domestic defense industry told TASS on Tuesday.

"In the sea area protected from a potential enemy’s reconnaissance means, the underwater trials of the nuclear propulsion unit of the Poseidon drone are underway," the source said.
The reactor is installed in the hull of the operating drone but the tests are being held as part of experimental design work rather than full-fledged sea trials at this stage, the source added.

The Russian Navy is using one of its nuclear-powered submarines as the drone’s carrier during the trials, the source said.

According to the source, the works on the drone are included in the state armament program for 2018-2027. The Poseidon is due to be delivered to the Navy until the program’s expiry, the source added.

In his state-of-the-nation address to both houses of Russia’s parliament on March 1, Russian President Putin mentioned for the first time the country’s efforts to develop a nuclear-powered unmanned underwater vehicle that can carry both conventional and nuclear warheads and is capable of destroying enemy infrastructural facilities, aircraft carrier groups and other targets.

Poseidon drones together with their carriers - nuclear-powered submarines - make part of the so-called oceanic multipurpose system. The drone got its name following the results of open voting on the website of Russia’s Defense Ministry.

A source in the defense industry earlier told TASS that the Poseidon drone being developed in Russia would be capable of carrying a nuclear warhead with a yield of up to 2 megatonnes to destroy enemy naval bases. 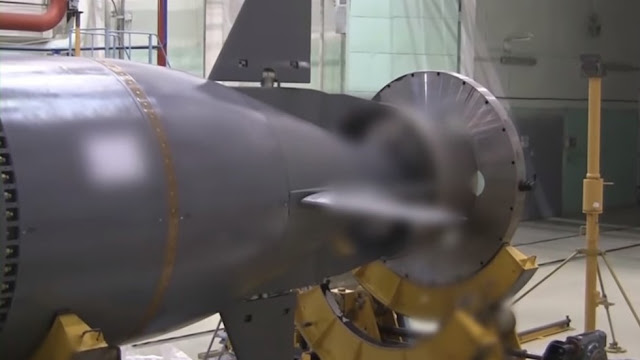 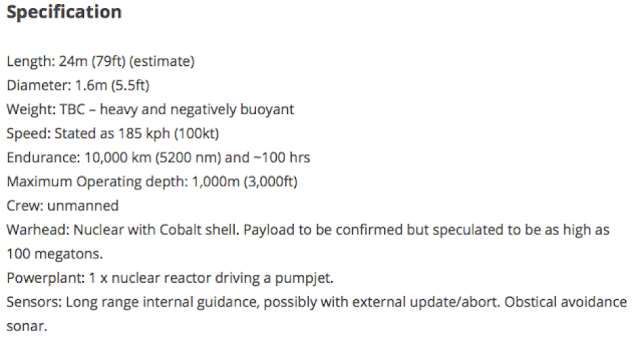