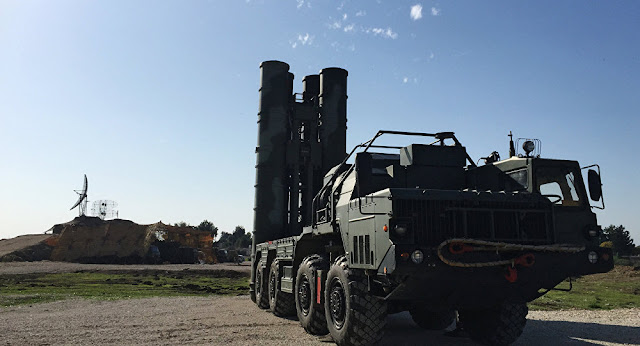 India signed a USD 5 billion deal with Russia to buy the same system in October this year to tighten its air defence mechanism, particularly along the 3488 km-long Sino-India border.

Beijing: China has successfully tested the advanced S-400 air defence system imported from Russia for which India also signed-up recently despite concerns over threat of sanctions from the US.

It was the first time the People's Liberation Army (PLA) tested the system since it received the last shipments of the weaponry from Russia in July under a USD 3 billion contract signed in 2015.

China's People's Liberation Army Rocket Force last month tested the S-400 Triumf air defence system successfully shooting down a "simulated ballistic target" almost 250 kilometre away and moving at the supersonic speed of 3 kilometre per second, Hong-Kong based South China Morning Post reported on Thursday, quoting Russian media reports. Details of the location of the test have not been disclosed.
India signed a USD 5 billion deal with Russia to buy the same system in October this year despite concerns over threat of sanctions under the Countering America's Adversaries Through Sanctions Act (CAATSA) instituted by the US Congress on arms purchases from Russia. India wants the long-range missile systems to tighten its air defence mechanism, particularly along the 3488 km-long Sino-India border.

S-400 is known as Russia's most advanced long-range surface-to-air missile defence system. China was the first foreign buyer to seal a government-to-government deal with Russia in 2014 to procure the lethal missile system. Moscow has already started delivery of an undisclosed number of the S-400 missile systems to Beijing. Russia says the S-400 is a cutting-edge air defence system that can detect and shoot down targets including ballistic missiles, enemy jets and drones up to 600 kilometre away at an altitude between 10 metres and 27 kilometres. The system can simultaneously shell 36 targets moving at a speed of up to 4,800 metres per second with 72 ground-to-air missiles. Commenting on the China's first test, Beijing-based military expert Li Jie said the reports showed that Moscow wanted to underscore the relationship at a time when the US was at loggerheads with both Russia and China.

“Despite pressure from the US, the Russian military will increase its cooperation with the PLA in areas such as missiles, shipbuilding and other sectors," he said. China and Russia have significantly boosted their military ties in the past decade as both the countries compete with the US for regional and global influence. Song Zhongping, a Hong Kong-based military expert with a focus on the PLA, told the Post that the test was an "advertisement" by the Russian military to promote its S-400 system. "But it's also clear that the PLA's Rocket Force is proficient in using the S-400 air defence system because they are already familiar with its predecessor, the S-300, which China has used since the '90s," Song said. He said it was important to differentiate between "simulated ballistic target" and real hypersonic missiles. "Hypersonic weapons boast features such as maneuverability gliding, for example and they are almost impossible to intercept because they are travelling at such high speed," Song said.

China, Russia warn US to withdraw sanctions on military