Bulgaria starts Negotiations with US for F-16s 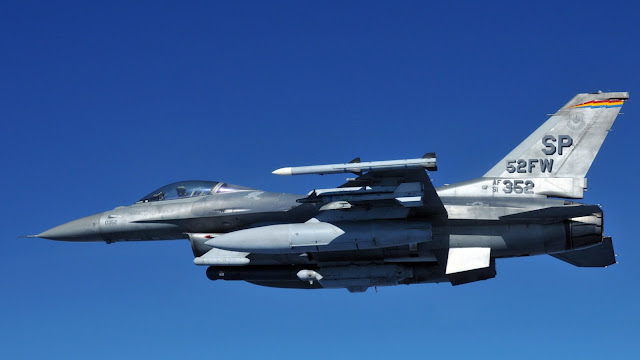 The Lockheed Martin`s F-16 Is the Bulgarian Choice for New Fighters. Negotiations with the United States Start

SOFIA, Bulgaria (BulgarianMilitary.com) – On the last working day before Christmas, the working group, appointed to evaluate the submitted bids for a new aviation plane for the Bulgarian aviation, chose, as stated in its report, the new F-16V Block 70 of the American company Lockheed Martin, learned BulgarianMilitary.com

“The acquisition of a new multipurpose fighter such as F-16V Block 70 from the United States, equipped with the latest generation radar and weaponry, will improve significantly the combat capabilities of the Bulgarian air force,” Defence Minister Krasimir Karakachanov told reporters.

By the final stage of the procedure for acquisition of a new fighter jet, Lockheed Martin (USA) offered the new F-16, SAAB (Sweden) – the Gripen, and Italy – second-hand Eurofighter Typhoons.
For almost two years the choice for a new fighter jet was delayed after the temporarily selected government in the spring of 2017 chose the Swedish Gripen. However, after the state elections, the new government of Boyko Borissov stopped the procedure and restarted the deal. Then, one of the main reasons for this was the suspicion of corrupt practices by SAAB and BAE Systems in Hungary and the Czech Republic.
We recall that only a few days ago Lockheed Martin admitted that the producer would not be able to deliver the first batch within two years as Bulgaria requires, but now the International Business Development Director for the F-16 Program at Lockheed Martin James Robinson told reporters that the company and the U.S. government will reduce the cost and shorten the delivery time compared to its current offer.

On the other hand the Swedish government has come up with a new proposal – not for 8, but for 10 fighters within the set by Bulgaria budget for the purpose.
According to unconfirmed information, the US offer is higher than the government’s budget, as well as the method of payment. This can be overcome in direct negotiations between the governments. Improving the price is real and possible, according to the Bulgarian Ministry of Defence.
At the same time, the working group commented on why it did not choose the Swedish Gripen – “there is an emphasis on an airplane equipped for Operation Air Policing. For the rest of the equipment and equipment to bring the aircraft to “multifunctional”, the Bulgarian side must acquire, under a separate contract with a third party, the respective quantities and licenses, the value of which is not included in the total price offer.”