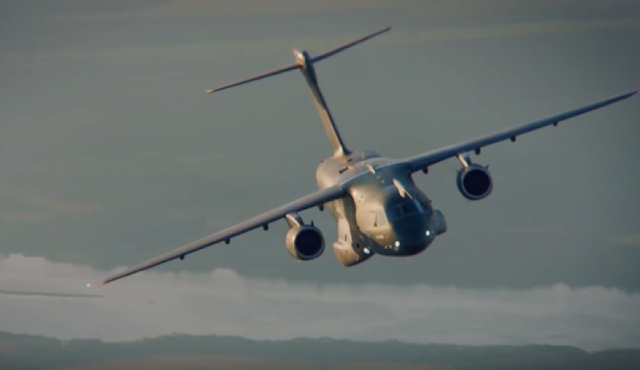 WASHINGTON — Brazilian aerospace firm Embraer and Boeing have officially formed a joint venture on Embraer’s KC-390 multimission aircraft as part of a larger partnership on the companies’ commercial sides.
Under the new agreement, Boeing and Embraer will work together to “promote and develop new markets” for the KC-390, according to a statement released early Monday.
Embraer will own a 51 percent stake in the KC-390 joint venture, with Boeing owning the rest.
The announcement on the KC-390 comes as the companies approved the terms of a strategic partnership that gives Boeing an 80 percent stake in Embraer’s commercial and services business for $4.2 billion.
Before the parties move forward with the transaction, the government of Brazil — which holds a “golden share” in Embraer — must consent to the agreement, and the deal is also subject to the approval of shareholders and regulatory agencies.
“Boeing and Embraer know each other well through more than two decades of collaboration, and the respect we have for each other and the value we see in this partnership has only increased since we announced our joint efforts earlier this year,” said Dennis Muilenburg, Boeing chairman, president and CEO.
“We are confident that this partnership will deliver great value to Brazil and the Brazilian aerospace industry as a whole. This alliance will strengthen both companies in the global market and is aligned with our long-term sustainable growth strategy,” said Paulo Cesar de Souza e Silva, Embraer president and CEO.
Boeing and Embraer have partnered on the KC-390 before. The companies agreed to pacts in 2012 and 2014 that gave the U.S. firm a role on global marketing and logistics support of the KC-390.
However, in the wake of the commercial Boeing-Embraer deal, officials said a new KC-390 joint venture could be broader in scope than those partnerships.
How this new joint venture differs from past agreements is unclear, and the news release contained only sparse details.
According to a July 5 memorandum of understanding between the two companies, a KC-390 joint venture would “grow KC-390 sales and aftermarket opportunities through joint efforts in sales, marketing, engineering and industrial collaboration,” hinting that the partnership could involve an enhancement of the KC-390’s capabilities or Boeing’s help on technology and industrial development.
In October, a Brazilian newspaper reported that Boeing and Embraer were discussing the prospect of building a KC-390 plant in the United States.
Source: www.defensenews.com 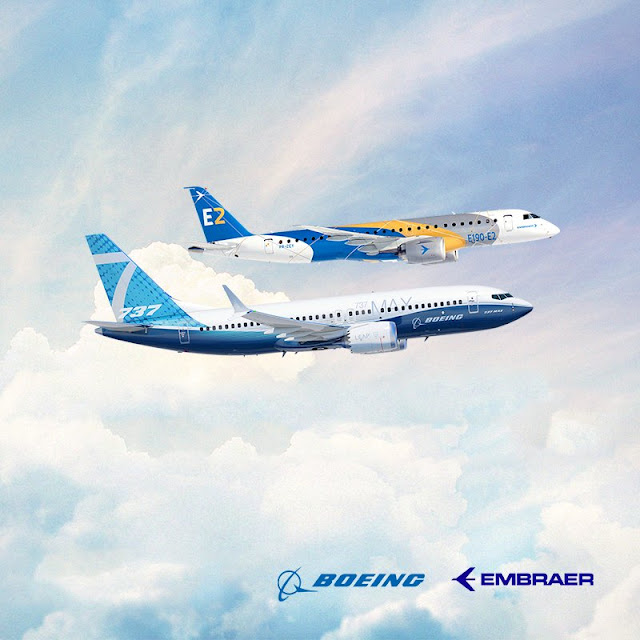 MIAMI — Boeing and Embraer have agreed to the terms for the strategic partnership both manufacturers are seeking to remain competitive against the Airbus and Bombardier marriage that occurred earlier this year.

The new agreement between the American and Brazilian manufacturers will come as a Joint Venture where Boeing will hold an 80% stake in Embraer’s Commercial Aircraft Services Operations, while Embraer remains with a 20% stake.
All that is left for the deal to go through is the Brazilian government’s approval, after which Boeing and Embraer will put together the definite traction documents. The partnership will then be subject to shareholder and regulatory approval from both USA and Brazilian authorities.
Boeing will acquire an 80% stake of Embraer for $4.2 Billion.
Once the deal is complete, the Joint Venture will have its main offices in Brazil, with a President and Chief Executive Officer reporting directly to Boeing’s CEO, Dennis Muilenburg.
Boeing, however, will have direct control over the operations and management sides of the Joint Venture.
Both Boeing and Embraer expect to complete all transactions related to the agreement by the end of 2019.
On top of this, the two companies have agreed on a separate Joint Venture to promote and develop the Embraer KC-390, a multi-mission medium airlifter.
The deal will see Boeing acquiring a 49% stake in the program, with Embraer holding the remaining 51% stake.
“Boeing and Embraer know each other well through more than two decades of collaboration, and the respect we have for each other and the value we see in this partnership has only increased since we announced our joint efforts earlier this year,” said Muilenburg.
Paulo Cesar de Souza e Silva, Embraer CEO, added that his side is, “confident that this partnership will deliver great value to Brazil and the Brazilian aerospace industry as a whole. This alliance will strengthen both companies in the global market and is aligned with our long-term sustainable growth strategy.”
Muilenburg later tweeted that this partnership “is a major step toward bringing together two world-class teams and highly complementary product and service portfolios. We expect our proposed partnership will generate significant value for our customers, team members and shareholders.” Source: airwaysmag.com