Russia to flight tests of the most advanced Sarmat (ICBM) soon 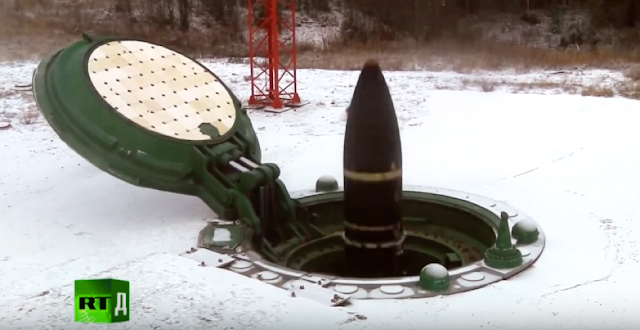 December 17, 1:44updated at: December 17, 2:16UTC+3
According to Karakayev, the necessary infrastructure for the flight tests of Sarmat ICBM is being constructed at the Plesetsk Cosmodrome in north Russia

According to Karakayev, the necessary infrastructure for the flight tests of Sarmat ICBM is being constructed at the Plesetsk Cosmodrome in north Russia.

"Flight tests of the complex will start in the nearest perspective and its success will provide for the serial production of its components," he said.

The rearmament of the Russian Strategic Missile Forces with the most advanced Sarmat intercontinental ballistic missile will begin with the the Uzhur-based strategic missile force division in 2021, Karakayev said.

"Wе plan to start the rearmament with this missile complex starting in 2021 in the Uzhur-based missile force division, which currently has in operation its predecessor - the Voyevoda missile complex," Karakayev said.

The RS-28 Sarmat is the Russian promising silo-based missile complex with the heavy liquid-propellant ICBM capable of carrying nuclear charges. Russia has been developing the Sarmat since the 2000s to replace the R-36M2 Voyevoda ICBM operational in the country’s Strategic Missile Force since 1988. It weighs about 200 tonnes and has a throw weight of about 10 tonnes.

According to earlier reports, the serial production of the Sarmat ICBM is expected to begin from 2020 and in 2021 the first regiment armed with this missile is expected to assume combat duty.