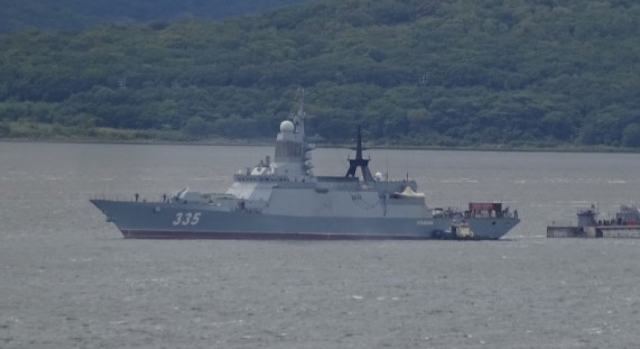 
Sea trials for corvette Gromky wrap up in Russia

December 17, 11:44UTC+3
After the state testing the corvette will join the Pacific Fleet

"During the state testing, the ship’s crew and representatives for the plant trial crew carried out the maneuver and speed testing of the corvette in cooperation with members of the state admission board, as well as checked the operation of all sets, systems and bends, navigation and radio technical means and the ship’s arms," the report says.

Up to 10 naval ships and support vessels, Tu-22M3 missile carriers of the long-range aviation, MiG-31 and Su-35 fighters and Tu-142 and Il-38 antisubmarine ships were used to provide the operational testing of the corvette.

After the state testing the corvette will join the Pacific Fleet.