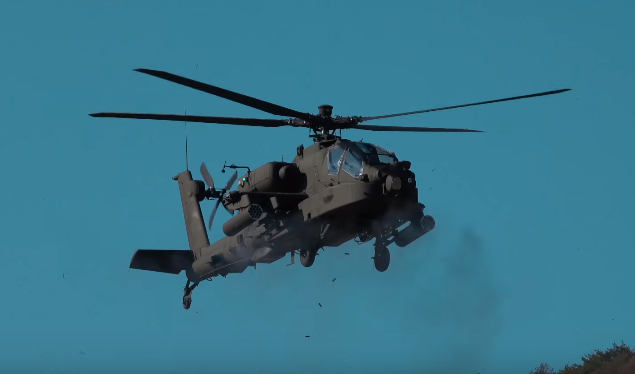 SEOUL, South Korea — The South Korean military plans to buy more Apache heavy-attack helicopters to lead the deployment across enemy lines should conflict erupt on the Korean Peninsula, according to defense officials.

Ordered by Defense Minister Song Young-moo, the Joint Chiefs of Staff is expected to issue requirements for the procurement next week, an official at the Ministry of National Defense said.

It’s unknown exactly how many more Apaches the government wants, but informed sources tell Defense News the number could reach as much as 40.

“The South Korean military has been shifting the concept of its warfare strategy to an offensive one,” an official said. “To that end, the military leadership decided to put a priority more on helicopter assets than tanks.”

Because of that shift, the military may cancel plans to acquire some 300 more K2 Black Panther main battle tanks, according to the official.

The South Korean military has long established a counteroffensive strategy in which South Korean armed forces conduct a full-scale counterattack only after U.S. augmentation troops arrive on the peninsula.

However, military leadership under the Moon Jae-in administration are seeking to shift operational focus to enable South Korean forces to more rapidly advance into North Korea should conflict arise.

Under the envisaged plan, the South Korean military aims to occupy North Korea’s capital Pyongyang two to three weeks after the outbreak of war.

“One of the Army’s key operational focuses is the improvement of an air assault capability,” according to Kim Dae-young, a research fellow at Korea Research Institute for National Strategy, a Seoul-based think tank. “Toward that end, the South Korean Army now seeks to model after the U.S. 101st Airborne Division consist of helicopters and infantry forces.”

The South Korean Army recently ran simulations of how fast and effective its airborne capability can advance into the North in case of war, according to sources.

“The simulations are known to have showed that the fleet of Apache helicopter is more effective than main battle tanks in penetrating the North’s air defense network and making breach for our forces,” Kim noted.

Based on the results, the Army is said to have reported the needs of procuring more Apache attack helicopters to the Ministry of National Defense.